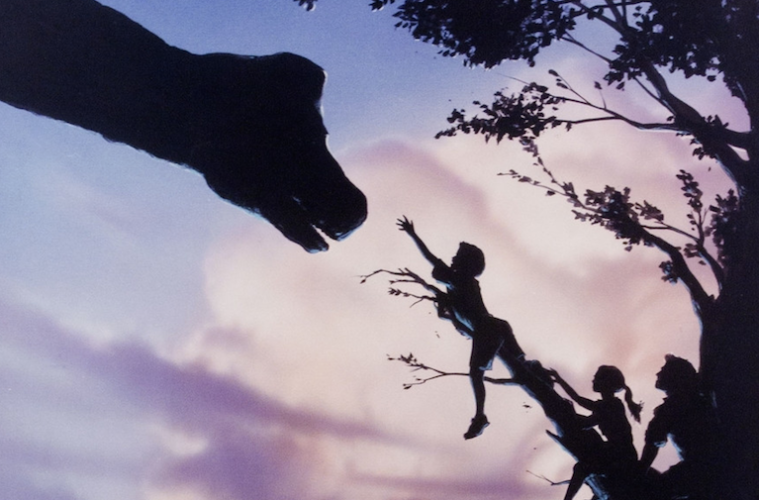 While much of the current discussion surrounding the Jurassic Park franchise has to do with next summer’s Jurassic World, the fascination with Steven Spielberg‘s original technical marvel still continues some 20 years later. We recently highlighted documentaries and behind-the-scenes footage from the production and today we have a new look at a different aspect of the dino feature: the marketing.

The final poster used for the film played it simple with the unforgettable logo and tagline, but artist John Alvin created many different versions. Thanks to a new book coming out later this month exploring the late talent’s work, a variety of these unused, never-before-seen one-sheets have made their way online.

Ranging from a a few impressive color sketches to a batch of black-and-white scans, it’s interesting to see what (“THINGS”) Universal played around with before they settled on the final design. Amounting to over two dozen, check out some of our favorites below and head over to IGN, Movies.com, THR and Flavorwire for more unused posters by Alvin, including Blade Runner, Cape Fear, and more. The Art of John Alvin is now available to pre-order ahead of an August 26th release:

John Alvin’s movie poster art is among the most iconic of the last 40 years, from Disney films such as Beauty and the Beast, Mulan and Pinocchio, to Empire of the Sun, Gremlins, Blazing Saddles, Predator, and the Star Wars 30th anniversary posters. This book not only collects some of Alvin’s finest work, but also includes previously unseen comprehensives and in progress sketches. With the text including commentary from Alvin’s widow, this is a unique insight into the work of one of the 20th century’s great artist/illustrators. What’s your favorite? Do you like any better than the official one?