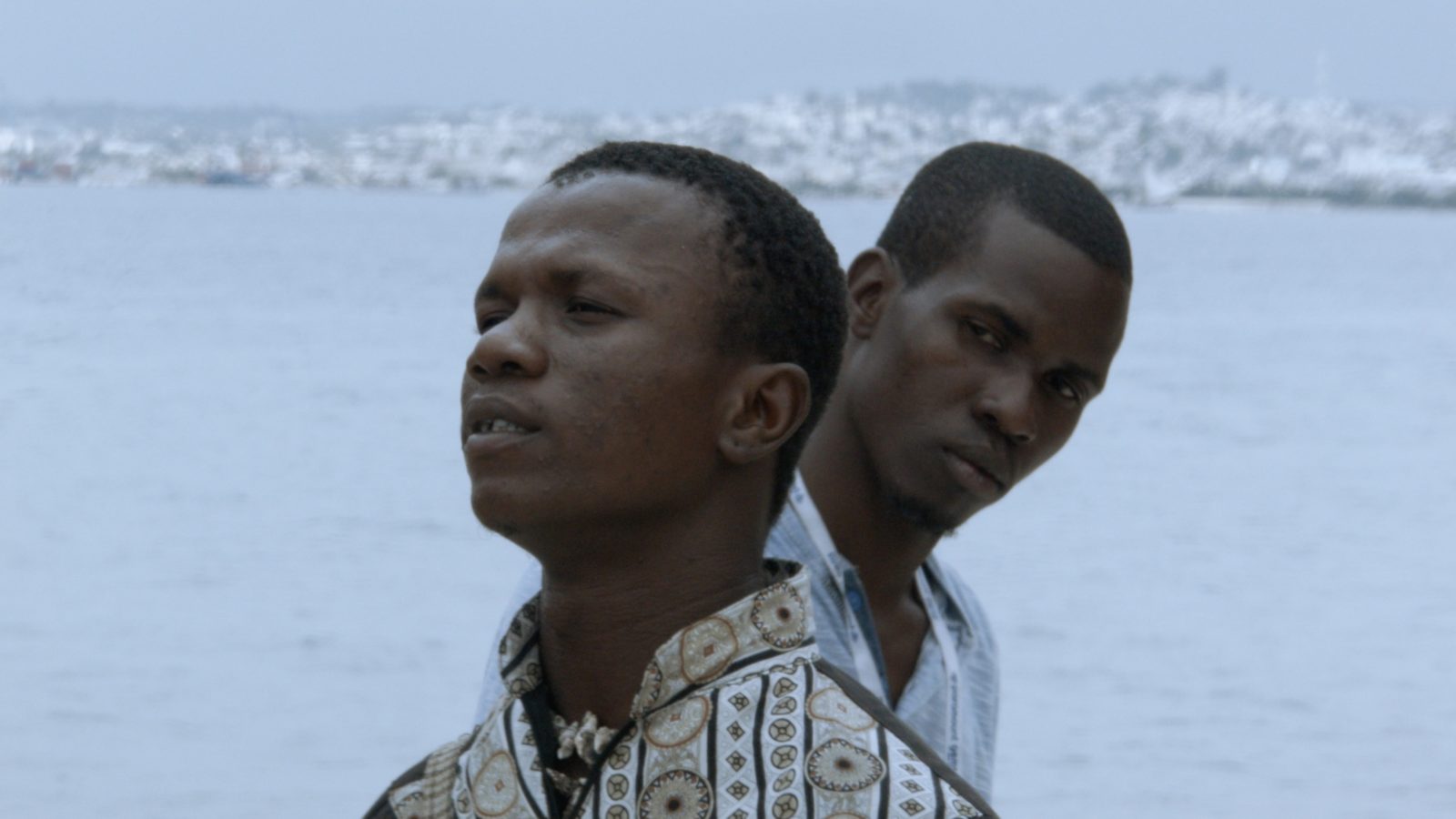 In reimagining one’s history, you suspect your role in the proceedings. If you’re American, you put yourself in the heart of the battle, at the Constitutional Convention, and (hopefully) fighting for the northern states during the Civil War. The more you learn, the easier it becomes to question what you’ve heard in the past, raising more questions than answers. You begin to see the age-old phrase in motion, “History repeats itself.”

For the Haitian, French, and UK theatre troupe The Living and the Dead Ensemble, their project started with Toussaint L’Ouverture, a man known as the “Father of Haiti” for his role in the revolution after being born a slave. In Ouvertures, a documentary from troupe members Louis Henderson and Olivier Marboeuf, the actors and poets wander around Haiti’s capital city of Port-au-Prince, translating and rehearsing a Creole version of Édouard Glissant’s play Monsieur Toussaint. The first section of the documentary simmer through the words of Toussaint, whispered by an actor as sweeping shots of nature sit on the screen. The man talks of death, loneliness, oppression, and a hole settled deep in his chest. This is a meditative, efforted piece of theatre, made with care and thought, and an understanding of how Haiti’s past has influenced its present.

The film, and its troupe, begins to take shape following this first half-hour, turning into a mashing of all sizes of rehearsals, from two men rapping conversations between war generals to the entire group realizing that they have the power to reinterpret the text they’re adapting. These scenes mix with conversations outside of the project, as members of the ensemble discuss their place as Black citizens, Haitains, and global ambassadors. They talk of the poetry of Toussaint, of translation, and of history. There’s a reverence to the entire affair, as these people seem to realize the weight of dredging up the past, for good reason and for valuable art. Two female members think about the place of women, or at least the constant and undiscussed existence, in the revolution. “They were not in the parentheses,” they say with firmness and conviction. And they’re right.

Much of Henderson and Marboeuf’s film circles the idea of rightness, both in truth and in ability, whether it’s the telling of history, the question of where one’s from, or the identification of others without understanding their culture. Actors, who ride the line of becoming theatrical characters in a film about their lives, argue about being “citizens of the world,” and the escapism in these words, the denial of origins and societal pressures. They aren’t necessarily lost, but they’re searching, as we all are, for their place, in both the Black community and humanity. In these smaller, more discrete conversations, the film finds its footing, with your brain latching onto these ideas. Your brain places itself into the middle of these disagreements, as you examine your own past, present, and future, like the artists of The Living and the Dead Ensemble.

With hymnal music throughout, Ouvertures chronicles the before, during, and after of this religious process of theatrical adaptation, bound with the history of those speaking the words during midnight rehearsals. The drum beat of revolt pounds as the actors descend deeper into a cave, diving towards their shared experience, shared history, and shared place in the world. The opening half-hour’s melodic and contextual nature represents the most arduous aspect of this soulful documentary, but the 90 minutes that follow are beautiful, bright, and full of heart in the form of collective, communal art that honors history while attempting to make sense of the present. It’s a film of togetherness, of revolt, and of veneration.

As Toussaint L’Ouverture once said [of Haiti], “In overthrowing me, you have done no more than cut down the trunk of the tree of the Black liberty in St-Domingue. It will spring back from the roots, for they are numerous and deep.”

Ouvertures is now playing at the 58th New York Film Festival through October 10.