NYFF Review: Outside Noise is a Lo-Fi Independent Meditation 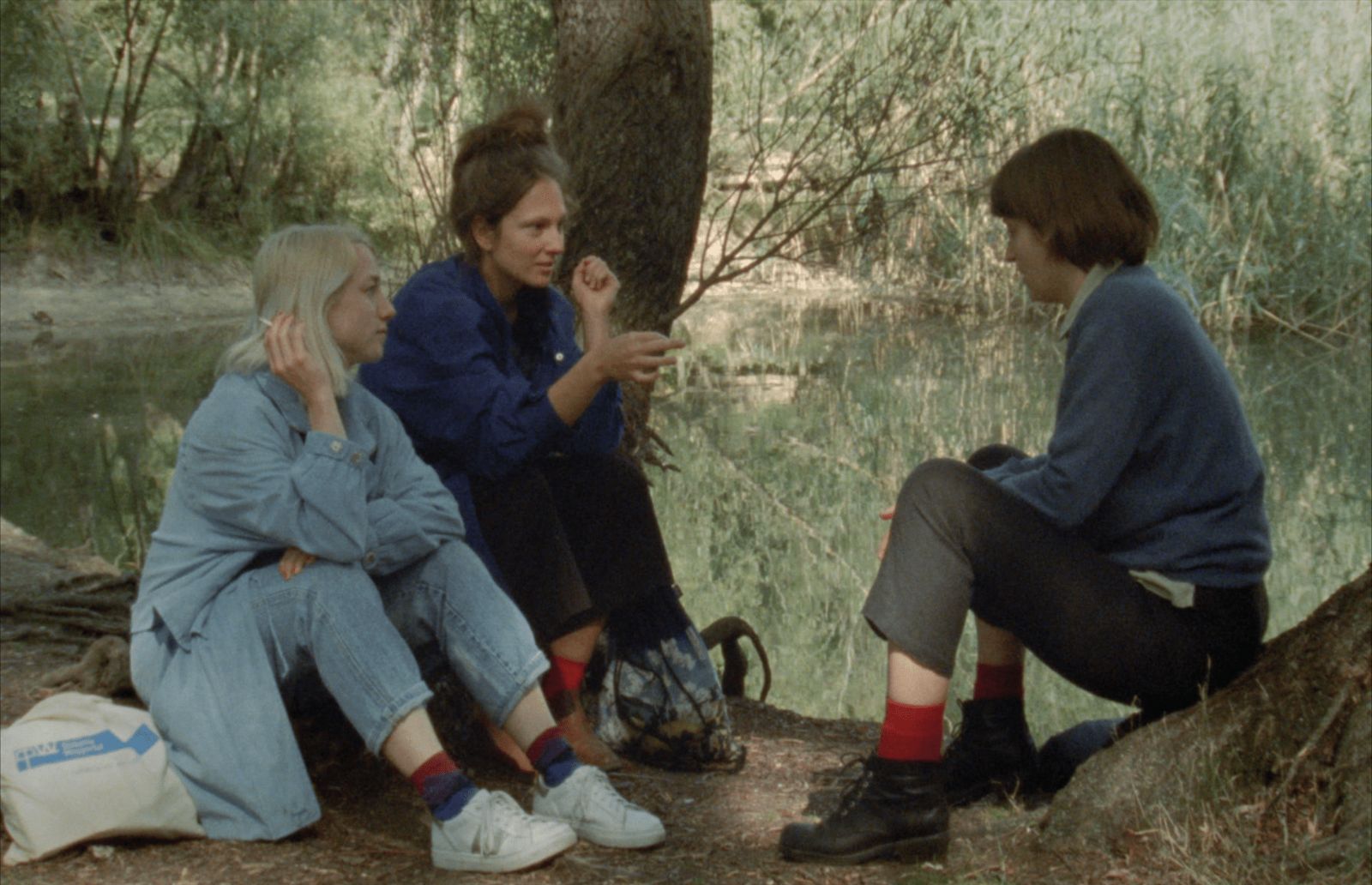 Ted Fendt’s Outside Noise is largely noiseless. Without background music, following the lives of three women traveling back and forth between Vienna and Berlin, Fendt’s low-low-budget film echoes the noise around them—a car horn here, birds chirping there, distant conversations from others that provide some sense of shelter for our own chats with others. It would be inaccurate to call it a comedy or a drama or any other genre; it just exists.

Only 61 minutes, Outside Noise represents Fendt’s latest effort at an even more minute form of independent cinema, small in budget, scope, and action. It’s minimal in every capacity. Instead he wants the audience to spend not-so-quality time with his leads, two of whom co-wrote the film. This time, permeated by bursts of random conversation, gives viewers a microscopic amount of background, capturing the feelings between this rotating group of friends, seeking to catch an aura more than a detailed description of each person. The young women talk about the familiarity of places, insomnia, restlessness, temporality, and the subconscious through short, direct moments, never allowing conversation to travel deeper than a few minutes.

Outside Noise has no desire to inject stress or unneeded tension. It’s not attempting to provoke or manipulate, instead existing as a lens in which to see the lives of three people who still don’t have it all figured out. It’s a hangout film, a walkabout film, a party film, as the women attend a small gathering hosted by an old classmate, played by an awkward, mansplaining Fendt. The rest includes plenty of walking, sitting, and sleeping, all of which seem to be done between the hours of 1-5 pm.

The only throughline is Daniela (Daniela Zahlner) and her insomnia. It’s discussed in a variety of ways, becoming more relatable and tangible as the days pass her by. She talks about her inability to sleep after empty days and her ongoing discomfort, giving the film an uneasy sense of time, or lack thereof. Each scene contains a hazy light captured by an always-whirring 16mm film, a humming noise heard below these women’s lives. There’s no way to track the number of days that fly by during Outside Noise, weeks or months of time collapsed into natural, ephemeral dialogue. Characters feel more remote than intimate, the temporary nature of everything on display, with Fendt happy to show it all in a docufiction style.

In one particular scene the women talk about trauma and different methods used to feel better. They discuss communicating with the subconscious with a pendant around one of the girl’s necks, using focus and oneness to connect with the depth of themselves. And that’s the essence of Fendt’s project: a collection of the conversations had between friends and acquaintances that feel both too personal and completely temporary.

Fendt’s film is concerened with these times of transition, phases of passage that lead to fleeting ideas of where to live, sleep problems associated with stagnation, and momentary lapses in the concrete nature of life while sitting by a river. It could last five hours and it’s unlikely Fendt would ever give these characters a firm backstory. But it’s a leisurely 61 minutes, never needing to rush towards an incident or conclusion. It’s formless and meandering, incomplete and unassuming—lifelike.

Outside Noise screened at the New York Film Festival.