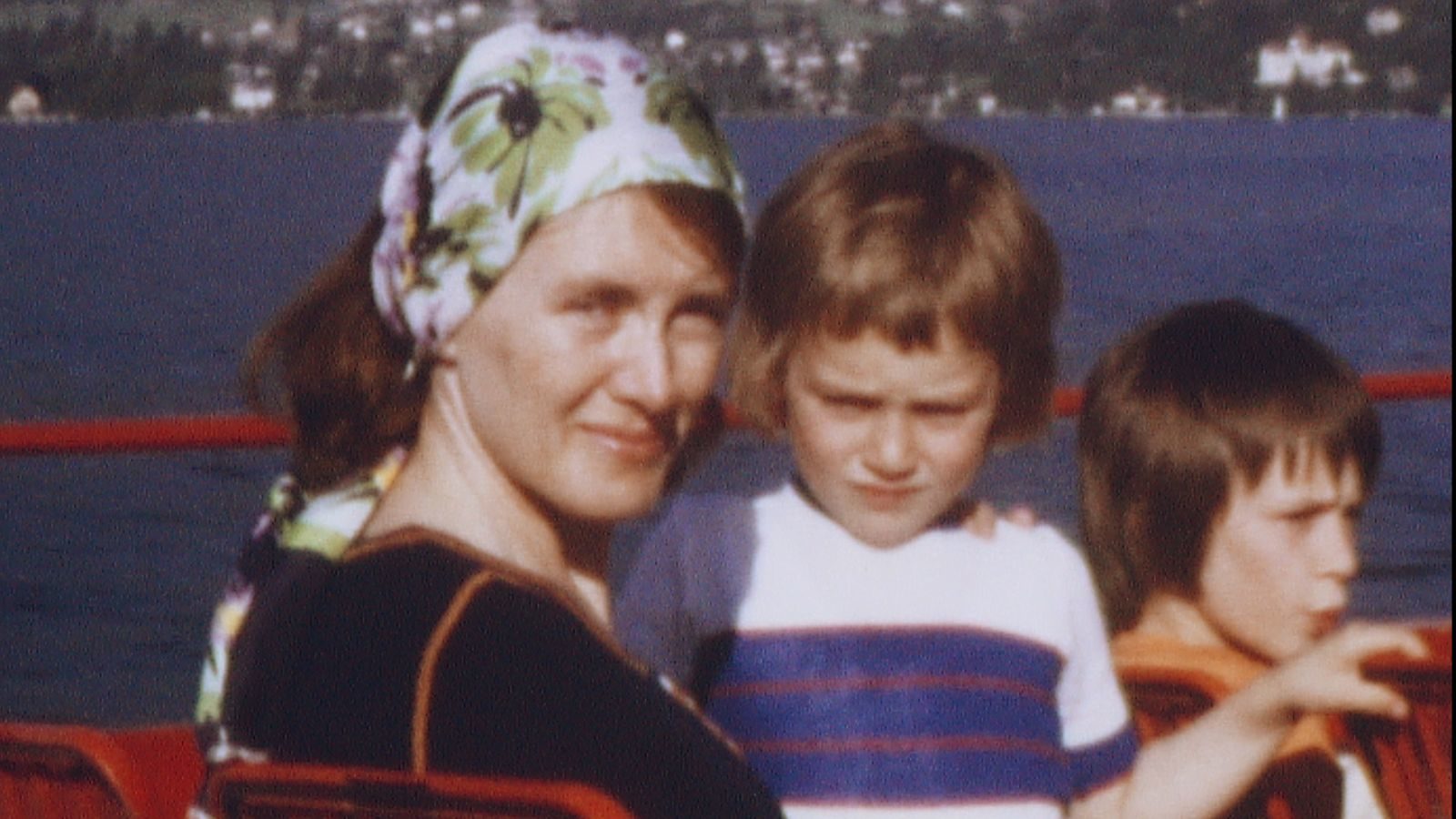 At a brisk 60 minutes, Annie Ernaux and David Ernaux-Briot’s mother-son collaboration The Super 8 Years doesn’t leave time for introductions. Ernaux, a recent Nobel Prize winner, narrates each scene, which was shot some 50 years earlier by her then-husband Philippe. She talks about herself in both first- and third-person terms, oscillating between closeness and distance from this material. The film becomes an examination of youth, family, travel, and our place in the world.

Ernaux and Ernaux-Briot compile Super 8 footage shot over a decade’s length—starting in 1972, a time of familial closeness and stability of their nuclear unit. Their documentary follows Ernaux as she writes her first novels, and the family as they travel around the world, experiencing different cultures. The couple travel to Chile, Albania, Germany, and around the rest of Europe. She discusses the political situations in each place, their level of access, the state of affairs in the world at any given time. It becomes a time capsule not only for the Ernauxs but the world at large.

They started filming when Ernaux and her two sons came home from the supermarket. There’s an understanding that the camera only captured happy moments. As Ernaux says, they were “hoping to film what you’ll never see twice,” unwilling to let the memories fade with time. The years fly by, Annie and Philippe’s marriage dissolves—the former feeling a sense of disengagement.

Ernaux chooses not to describe her feelings—especially isolation—in great detail. She mentions everything as matter-of-fact, a chronological happening of events in the Ernaux family. Yet there’s a slight tinge of nostalgia looking at this footage; it’s understood that the bulk of her emotions came out years prior, when she set up the projector to touch this footage.

The Super 8 Years sways from event to event, lurching forward simply due to the passing of time, not adhering to any traditional structure. It is a looking back, a re-examination of a supposed “happy time” in the directors’ lives. The universality of this re-examination makes Ernaux and Ernaux-Briot’s film worth watching. Ernaux hopes to put the fullness of human experience, albeit an upper middle-class one, on display, highlighting the hazy way we look at memory. It’s a mixture of flawed, sentimental, rational, and irrational thoughts.

Towards the end of the hour, footage changes: in switching from the smiling faces to their surroundings, one can feel distance within this unit. They always turned off the camera during times of turmoil, during fights. Or they simply panned the camera to a building, a river, a monument, a church: anything that is stationary, neutral, and detached. Only occasionally towards the end of these Super 8 years did the camera caught more, though Ernaux lets audiences in for a few, scarce peeks.

The Super 8 Years remains endlessly relatable for filmgoers young and old alike. Ernaux’s story is her own, though many audiences will find it looks quite similar, regardless of one’s position as parent or child. The film plays as one extended memory—sometimes more bitter, sometimes more sweet, always a combination of both.

The Super 8 Years screened at the New York Film Festival.