NYFF Review: I Carry You With Me is a Victorious Marriage of Fiction and Documentary 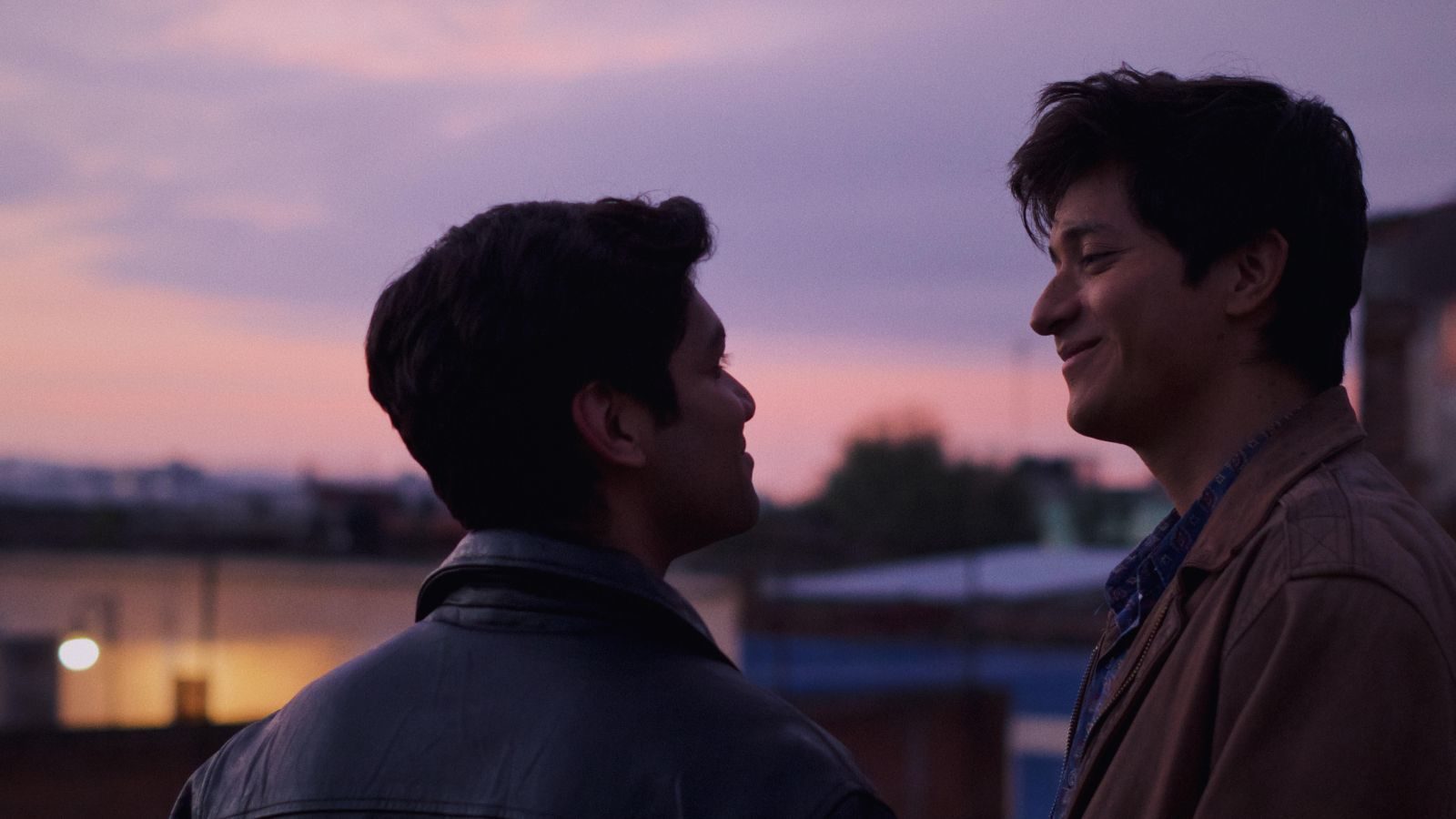 It feels like a lifetime ago that I watched I Carry You With Me. It was a Sundance press screening in the middle of my busiest day at the festival, and frankly, if I had to change locations to see it between my other screenings, I would have skipped it. But as Iván says in the film, sometimes destiny holds life’s surprises for us.

After directing documentaries for the last two decades, Heidi Ewing makes her narrative debut with this graceful look into the real lives of Iván García (Armando Espitia) and Gerardo ZaVe (Christian Vasquez), one which earned her Sundance’s NEXT Audience Award and Innovator Award. It’s a fitting honor from the festival because the film was born in Park City over drinks in 2012. Iván and Gerardo joined Ewing at the festival to support her project Detropia. There the couple told Heidi the story of their childhood, how they fell in love, and immigrated to New York City. She developed a fictionalized version of their story with actors depicting them as children and young adults, along with the real Iván and Gerardo appearing as themselves.

I Carry You With Me contains multitudes: the immigrant’s dilemma of leaving the life they know behind, cultivating true love, the American Dream, and things between that words don’t capture. The picture opens with Espitia as Iván wandering a dusty road when the real Iván is shown reflecting on a quiet subway ride on the MTA. In one sense, the film is a series of flashbacks to Iván and Gerardo’s early years in Mexico City and Puebla City. It’s also Iván recalling and coming to terms with his memories. He punctuates them with occasional narration that’s at the same time poetic and concrete. There’s real symbiosis of Ewing’s recreations and the men they’re based on. I Carry You With Me is the victorious marriage of fiction and documentary.

Juan Pablo Ramírez’s cinematography probes the natural depth of Armando Espitia’s brown eyes. Iván carries pain in his face from a lifetime of balancing an identity at once trying to be responsible for his son and desiring to escape needling persecution from his traditionally conservative family. Ramírez captures intimate moments like Gerardo and Iván’s first kiss on the patio of a secret gay club where they met hours earlier. His camera heartbreakingly depicts both men at each point of change in their lives; when Iván says goodbye to his son Ricky for the last time and when Gerardo as a child had to walk home in the dark after his father accosted him with an accusation that he’s gay. While the primary story moves forward sequentially, ghostly flashbacks to early trauma burst into the film’s most thoughtful moments as the camera moves lyrically in rhythm with the editing. Ramírez and Ewing’s images merge the specter of Fellini’s haunted visages with Malick’s philosophical emotionalism.

The “you” in I Carry You With Me is three things. The film is from Iván’s perspective, and he carries his love for Gerardo, Mexican culinary tradition, and saudade for Ricky, the son he left behind in Puebla City. Gerardo entered Iván’s life by chance––destiny, as he calls it. Gerardo is life’s gift to Iván, and they cultivate their romance over decades. When their relationship is at its most fertile, Iván’s relationship with his son Ricky is threatened. Iván takes an unannounced getaway with Gerardo. When he comes home his family is distraught because Ricky hurt himself at school but Iván was nowhere to be found. When Ricky’s mother Paola puts the pieces together that Gerardo and Iván are together, it’s the last straw for the young father. He either stays in Puebla City and flounders or makes a go at life in America to have financial freedom and be sexually liberated from his traditional upbringing.

The couple struggle to make it in New York. The city might accept their sexuality but isn’t as welcoming to immigrants. Through grit, they teach each other English and take every opportunity presented to show they’re equipped to thrive if given a chance. As the film progresses, Ewing beautifully melds her documentary sensibilities as we see the real men considering the risk of leaving New York to visit Ricky, who Iván hasn’t seen in twenty years. Should they leave, their lives and their business that employs eighty people would be in jeopardy. That the U.S. affords undocumented immigrants the right to own a business but will bar them from re-entering the country should they leave makes zero sense, but that’s the reality of the situation, and it brings a bittersweet note.

I Carry You With Me is a sweeping romantic love story told over several decades and countries, and it’s just as much about preserving this passionate devotion as it is about our longing for people we leave behind. The story doesn’t shy away from the sacrifices Iván and Gerardo make to have their love without compromise. Is Iván a good person for providing Ricky the material needs but letting him grow up without a dad? That’s not something Ewing addresses directly, but long, haunted moments on Armando Espitia and Iván García’s faces show that’s the question on their minds. With ghostly cinematography by Juan Pablo Ramírez, Iván is visited by visions of what was, and by FaceTime, he experiences life that goes on without him in Mexico. What’s tender in the film is tinged with sadness. Documentary footage of Iván and Gerardo is in harmony with absorbing performances by Armando Espitia and Christian Vasquez. And these disparate pieces under different leadership wouldn’t come together as masterfully if not for Heidi Ewing’s exceptional vision.

I Carry You With Me screens tonight, October 2, at NYFF and will be released by Sony Pictures Classics.