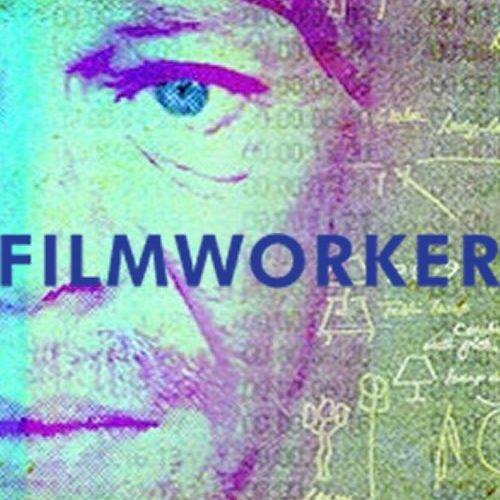 Even well before his death in 1999, the life and work of Stanley Kubrick has been meticulously documented and expounded upon to such an extent that a cult of personality has inevitably developed around his universally acclaimed films and his notoriously fastidious, perfectionist tendencies as a filmmaker. But a bonafide auteur is not without his key collaborators. Although he did periodically work with the same crew members — e.g. cinematographer John Alcott and editor Ray Lovejoy — there is only one associate who remained a constant fixture of his late-career output.

Englishman Leon Vitali initially started as a minor, albeit prolific player in theater and television, particularly prestige costume dramas for the BBC during the late ‘60s and early ‘70s. Though Vitali occasionally starred in ultimately negligible films, it wasn’t until 1975 that he got his big break, securing an audition for Kubrick’s newest production, Barry Lyndon. He was handed a script with a single, forthright instruction: “Learn these lines.” Vitali was subsequently cast as the adult Lord Bullingdon, stepson to the eponymous Lyndon who comes to despise his stepfather, calling him an unsophisticated brute and opportunist. After production wrapped, Vitali confided in Kubrick that he was fascinated by the production aspects of filmmaking and desired to work alongside him beyond Lyndon. Vitali would go on to become Kubrick’s personal assistant, closest ally, and, eventually, the primary benefactor of his work after the man’s untimely passing. Documentarian Tony Zierra initially set out to cover the tumultuous production of Eyes Wide Shut; upon meeting Vitali, he chose to refocus his film on the indefatigable confidant, resulting in Filmworker.

Tracing his career from pre-Lyndon as a small-time actor and distant, doting admirer to his role as the main party responsible for the preservation of Kubrick’s filmography, the documentary surveys Vitali and a number of figures affiliated with Kubrick, amassing a collection of archival footage, testimonies, and further information that ultimately resembles the seemingly endless amount of substance Vitali has accumulated in his years working with Kubrick and carrying on his legacy posthumously. Previously unknown or understated knowledge includes Vitali handling the trailers, promotional material, and home-media releases of Kubrick’s work prior to his death, domestic and worldwide, as well as the insane number of prints of Eyes Wide Shut that Vitali sat through in order to make sure everything was as it was supposed to be just prior to the film’s release. (“One in five” out of “something like 2,500 prints.”)

Purely as a document and examination of Vitali’s tireless dedication to Kubrick’s vision and legacy, Filmworker is a sufficiently insightful and informative piece, bringing light to the auteur’s profoundly virtuosic filmmaking approach, as well as his infamously volatile on-set personality with anecdotes and firsthand accounts that occasionally dismiss (but more often than not confirm) the mass apocrypha surrounding Kubrick’s relatively reclusive conduct. Otherwise, the film is unfortunately symptomatic of the aesthetic and formal stagnation facing a lot of contemporary documentary filmmaking, favoring “show and tell” over any meaningful exploration of his subject, with formally mundane voiceovers and interviews (overlaid with archival images and footage) creating a bulk of the running time.

While there are some compelling elements — e.g. Zierra interviewing Vitali’s siblings and discovering their difficult upbringing in a household led by a cruel and abusive father, revealing a layer to Vitali’s obsequious devotion to the frequently demanding Kubrick — Zierra hardly even questions Vitali’s infatuation or his validity as the executor of Kubrick’s oeuvre, portraying him almost entirely as a dutiful, albeit beleaguered dear friend who simply loved his director. Some interviewees, such as Full Metal Jacket’s Matthew Modine, who compares Vitali to a moth that flies too close to the proverbial flame, interrogate this one man’s subservience and obsession with the master filmmaker, but because of the manner in which Zierra positions them within the documentary, they appear less as distinctive viewpoints and more like privileged interlocutors beholden to the filmmaker’s portrayal of Kubrick’s genius and, by extension, Vitali’s inexhaustible tenacity. Had the film committed to a multivalent consideration of the self-described “filmworker” at its center as opposed to constructing hagiography, it could’ve been less of a slog and have more to unpack beyond the immediately apparent qualities of its surface.

screened at the New York Film Festival and opens on May 11.