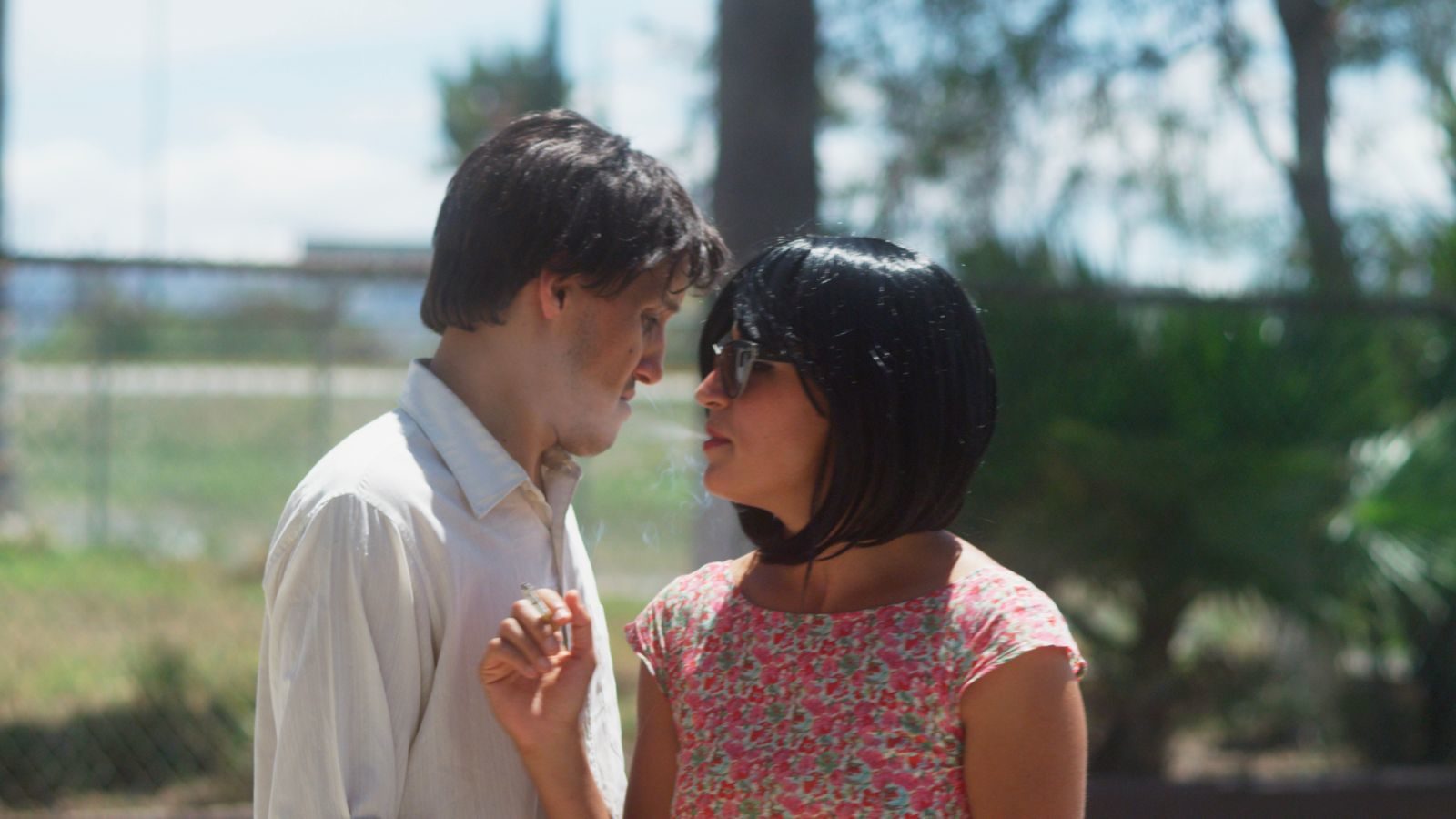 Early in Mexican-Canadian filmmaker Nicolás Pereda’s succinctly effective farce Fauna, Paco (Francisco Barreiro), a thespian with a non-speaking part in the popular show Narcos, is asked to conjure up a performance in the middle of an empty pool hall. His girlfriend’s father wants to see him act on command. Adding to the film’s meta undertones that later turn more noticeable is the fact that Barreirois is in fact part of the Netflix series.

Begrudgingly, Paco concedes transforming into a hyper-masculine and overly confident drug-dealer to deliver a short monologue. Unimpressed, the older man demands to see it again.  It’s an uncomfortably humorous scene that sets the stage for a nesting doll of performances inquiring about Mexican pop culture’s infatuation with vicious criminals.

Even if none of the characters in Fauna can remember Diego Luna’s name, Narcos remains the pinnacle of this commoditization of violence. The on-screen allure around cartel bosses seems to have allowed people to disassociate them from their real-life brutality. Pereda avidly pokes fun at this strange phenomenon throughout this forked gem.

First, Paco and Luisa (Luisa Pardo)—she is also an actor—arrive at a small town, after getting slightly lost and worrying about how dangerous the area may be. That concern points back to the lawlessness that reigns in parts of the country as a result of the drug war. Luisa’s brother Gabino (Gabino Rodríguez) has also come to visit. In this half of the narrative he sports a buzz cut and a combative attitude. That will drastically change.

Testing our threshold for his intentional awkwardness, Pereda doesn’t look away from tonally dry and often confrontational interactions. Cinematographer Mariel Baqueiro’s measured shots, which often go from static to minimal camera movement, offer a front-row seat to witness some of the artifice within the artifice materialize right in front of our eyes: actors playing actors acting in a frame story and in an another story within that.

As Luisa practices the lines of a daughter-mother scene with her own mother (Teresa Sánchez, memorable recently in The Chambermaid), the exchange turns almost self-referential. An anguished Luisa, in the foreground of the tight frame, listens to her mom read the text from the point of view of the daughter condemning the story’s mother. It’s a fascinating and layered exercise in shifting perspectives that repeats elsewhere in the film and showcases the three main actor’s adroitness for subtle and sometimes immediate tonal adjustments.

Like its astute title, which references part of the duality of living organisms in nature, Fauna has a complementing second half that brings to life a book Gabino is casually reading. Inside this new narrative imbedded in the original, Gabino, now with longish hair, plays a man looking for a mysterious figure in a desolate town. Here, Luis and Gabino go from being siblings to strangers, and eventually to acquaintances acting out a potential meeting that will thrust Gabino into yet another narco-related subplot. Incessant smoking is the only constant in the transition.

Among the trio of actors operating with finely tuned emotional variations and minimal props or physical modifications, Rodríguez gets the juiciest arc. His role probes our biases to discuss the assumptions others make about us—about the characters we play in the collective story—based on dangerous preconceptions. When Gabino is accused of breaking into a guest’s room, he demands to know the exact words the alleged victim used to describe him that would immediately mark him as the culprit.

Uninterested in linear storytelling with clear outcomes and demarcations between the parts that comprise the feature, Pereda expands the concept of performance beyond what those formally trained do on a stage or in front of a camera. With understated finesse, Fauna observes how our personalities mutate depending on which facet of our lives we are facing, what we want to project, who we want to manipulate, and how we want to be perceived. We take on whatever character works best for the occasion, not unlike animals adapting to fluctuating conditions.