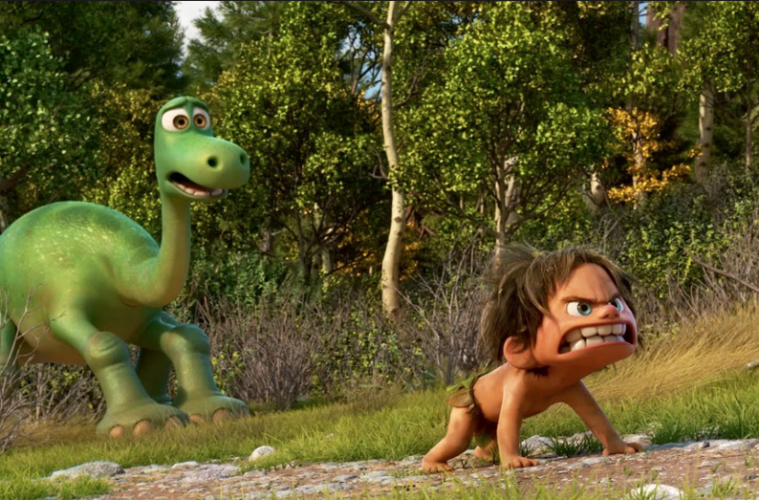 Following up this summer’s Inside Out, Pixar is breaking their usual mold and already have their next animation, The Good Dinosaur, ready to release next month. The story imagines if the asteroids never destroyed dinosaurs, following an Apatosaurus named Arlo and a boy he comes across. We now have a new trailer which for the first time actually shows off the voice acting in the film, along with more of the story.

“There were great lengths to try to create a natural world that was rich in all its glory. We did a lot of research, going out to the northwest — Wyoming, Idaho and Oregon,” director Pete Sohn tells Mashable, discussing forming the beautiful world as seen in the new trailer. With the new voice cast of Raymond Ochoa, Jeffrey Wright, Steve Zahn, A.J. Buckley, Anna Paquin, Sam Elliott, Frances McDormand, Marcus Scribner, and Jack Bright, check out the trailer and international posters below.

“The Good Dinosaur” asks the generations-old question: What if the asteroid that forever changed life on Earth missed the planet completely and giant dinosaurs never became extinct? In theaters November 25, 2015, the film is a humorous and exciting original story about Arlo, a lively Apatosaurus with a big heart. After a traumatic event unsettles Arlo’s family, he sets out on a remarkable journey, gaining an unlikely companion along the way – a human boy. “The Good Dinosaur” is an extraordinary journey of self-discovery full of thrilling adventure, hilarious characters and poignant heart. The Good Dinosaur opens on November 25th in the U.S. and two days later in the U.K.