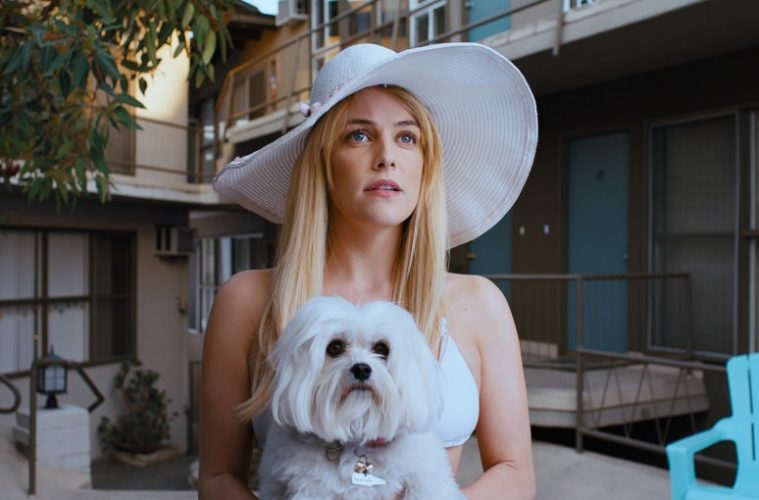 New to Streaming: ‘Under the Silver Lake,’ ‘The Hateful Eight,’ ‘Serenity,’ and More

Kim Ji-woon has always been a director interested in taking a genre and pushing it to the extreme. A Bittersweet Life, his take on the crime/revenge thriller, is an uber-slick thrill ride with a beating heart. From his camera placement in a car getaway scene to an intense weapon disassembly (and life-or-death reassembly) to a take-no-prisoners finale shoot-out, most Hollywood directors could bite the bullet and learn a great deal about pacing and execution from this South Korean action spectacle. – Jordan R.

One of the many marvels of Spike Lee’s latest is in its balance; the way it is so forcibly angry and yet manages to be so level-headed. BlacKkKlansman is at once an uproarious comedy and a fuming indictment of age-old, hateful dictums still present today, their persistence both painfully obvious and incredibly disturbing. Lee uses cinematic techniques to suggest a rollicking, firecracker pace—sudden split-screen, graphic inserts, and intensified and ideologically juxtaposed crosscutting—and yet he is in no rush. He is firmly and confidently in the driver’s seat, carefully and almost delicately unfurling a narrative of love and hate, pain and triumph. Just as the film juxtaposes ideologies via cinematic grammar, Lee creates tonal altercations that catch a laugh in the throat, and profoundly upset; like cinematic scotch, it goes down smooth until it hits the wrong pipe and you cough. But that’s not to say BlacKkKlansman isn’t a firecracker of a film; it is. It moves with grace and charisma, and a certain joy to balance the rage, anchored by John David Washington’s endlessly engaging, subtle performance, and filled in by Adam Driver, whose naturalistic and understated performance is nothing short of a marvel. – Mike M.

Netflix is now streaming the Roadshow version of The Hateful Eight, presented as a “season” in four parts, with full end credits for each “episode,” padding out the runtime–which only includes a few extra scenes. Read Nick Newman’s best-of blurb from 2015 below.

Not only a film about hatred, but a film that has hatred in its bones — for the ways of its ostensible heroes, for the destruction they bring, and, by extension, for the ways that both can be felt in the modern day. (The timing of this release and the writer-director’s recent protests certainly doesn’t feel coincidental when you consider the trajectory of, to name but one example, Samuel L. Jackson’s Major Marquis Warren.) And while Quentin Tarantino’s eighth film isn’t simply a howl into the winter winds — hardly a surprise, since he’s never been interested in such single-minded gestures — it remains capable of startling whenever empathy, gentleness, and grace shine through. (How easy a constant brutalization of Jennifer Jason Leigh’s Daisy Domergue, the sole female lead, makes easy to forget this movie’s willingness to stop and watch her catching snowflakes on her tongue during an ever-so-brief freedom.) With its ensemble cast working in morbidly funny harmony, Robert Richardson helping beautify its battered world, and Ennio Morricone serving giallo-esque musical stylings (better than hats or horses as a signal of what’s being attempted), The Hateful Eight is also a grand entertainment — in many ways the most complete cinematic package of 2015. – Nick N. (full review)

This is America today: a place inundated with so much information that we’ve decided to replace personal research with what’s force-fed to us by opposing sides digging into the ground for war rather than understanding. That’s why a film like Antonio Méndez Esparza’s Life and Nothing More is so important and in its own way more powerful than any manipulation could prove. He and his team did the research by interviewing black communities, law enforcement, and many other players with front row seats to racial injustice as an implicit byproduct of our current society rather than a buzzword weaponized by members of the press with no skin in the game. Esparza wrote an outline, assembled a cast of non-actors, and allowed them to help build this story together. – Jared M. (full review)

There is one compelling reason to see Mary Magdalene, Lion director Garth Davis’ long-delayed drama, a notorious casualty of the death of the Weinstein Company. It is not the work of the director, a talented filmmaker who has crafted a slow-moving Biblical epic that fails to engage. It is not the presence of Joaquin Phoenix, who plays Jesus of Nazareth as a loving but ever-pained martyr. Nor is it the typically strong work of Chiwetel Ejiofor, who plays Peter with a fire Phoenix surprisingly lacks. And it is not the script by Helen Edmundson and Philippa Goslett, which succeeds in establishing the time and place but feels like a slog through an oft-dramatized story. – Chris S. (full review)

Above all else, credit to all involved for the audacity. Within the first fifteen minutes or so of Serenity, written and directed by Steven Knight, an old-school noir plot is set into place. We have an eerily pleasant island called Plymouth, a sun-baked sea-boat captain named Baker Dill (Matthew McConaughey) with a tuna obsession and a desperate need for cash, an older seductress with a beachfront view (Diane Lane) and a curious cat, a disgruntled first mate (Djimon Hounsou), and an ex-flame (Anne Hathaway) back in town with a lucrative, deadly proposition. – Dan M. (full review)

“Amen” is the first word uttered in Silent Light — an appropriate and reverent punctuation to follow the glory that director Carlos Reygadas unveils in the film’s opening minutes. Beginning in a milky, celestial darkness that then twists away from the heavens and tracks forward into earth’s blazing, tree-flanked horizon, Reygadas draws the stage curtains of this universe with a time-lapse sequence of a northern Mexico sunrise. The sounds of livestock, birds, and insects swell like a primal symphony; they are gatekeepers keeping watch o’er a familiar land made bizarre by this aboriginal gaze. Yet the opening prayer doesn’t end in the field, but a farmhouse. A Mennonite family sits around the breakfast table anticipating the word. All heads are bowed and eyes and mouths shut as the father sits patient and stoic, as if looking for a breach in meditative spirit in which to conclude their grace. The mother lifts her head and softly stares at him, a genteel yet troubled gaze. The waiting burdens the air as tension reaches a crescendo — then, finally, the word. – Colin S. (full review)

A mainstay in French for almost 40 years, Jacques Audiard frequently chronicles criminals and convicts (or ex-criminals/ex-convicts) trying to either navigate a seedy underbelly or readjust to civilian life. He broke through to American audiences with his 2009 prison drama A Prophet, about an Algerian youth forced to negotiate between rival subcultures, before winning the Palme d’Or in 2015 for Dheepan, which follows a former Tamil Tiger trying to carve out a little bit of peace in Paris. His latest film, The Sisters Brothers, superficially scans as a departure from his previous work; it’s not only his first English-language film, but it’s also a period Western to boot. Yet, The Sisters Brothers neatly fits into Audiard’s established thematic mode: two hitmen whose latest mission inevitably forces them to envision a future without violence and crime. – Vikram M. (full review)