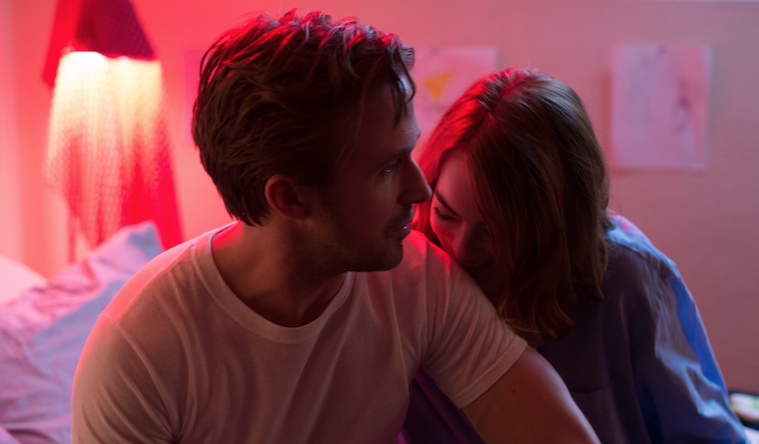 While there’s a distinct novelty to all of their work — whether it’s based on books by Neil Gaiman or Alan Snow — Laika have returned to genuinely original material with their fourth animation. This time around, the company’s CEO and lead animator on their first trio of films, Travis Knight, makes his directorial debut with Kubo and the Two Strings. Steeped in the mythology and fables of Japanese history, it’s another fantastical adventure from the studio with innovation and awe at every turn, despite a story that could benefit from having more specificity and focus. – Jordan R. (full review)

Damien Chazelle‘s vibrant ode to musicals past, featuring the unstoppable chemistry between stars Ryan Gosling and Emma Stone, has been a shining light for many at the end of a hard year. Exploring the hardships of a creative life, both in paying the bills and fueling the passion, Chazelle pulls from classics (New York, New York comes to mind), while playing with the cynicism of the now. Jazz is dying, film is dying, but, by God, there will be dancing. There will be singing. And there will be wonderfully lensed romantic kisses to composed crescendoes. Maybe we will be all right. – Dan M.

When the worst horror imaginable happens to your community, how do you emotionally rebuild? How do you embrace your neighbor, knowing the pain that’s seared into their soul? How does one come to a place of resolution, if ever? With Newtown, director Kim A. Snyder takes a humanistic approach in exploring this recovery in the aftermath of the deadliest mass shooting of schoolchildren in United States history, which left 26 people, including 20 children, dead. – Jordan R. (full review)

Maren Ade‘s Toni Erdmann is one of the most stirring cinematic experiences to come around in a long time. It’s also immensely rewarding to witness, and Ade makes sure to gift her protagonist, Ines (Sandra Hüller), with moments of transcendent catharsis so as to prevent the film from deteriorating into a depressing wallow in the miseries of contemporary life. Ines’ ferocious rendition of Whitney Houston’s “The Greatest Love of All” and a spontaneous nude birthday party wonderfully evoke her suffering as they affirm her struggle. They also represent an exemplary harnessing of cinema’s full potential to bring viewer and character into a state of mutual ecstasy. – Giovanni M.C.

When Tony Conrad passed away in April of 2016, I knew of him as an experimental filmmaker. It’s hard to be an art student at the University at Buffalo — despite his teaching in Media Studies rather than Fine Art — and not know his name. But that was all I knew: a name, reputation, and the plaudits of countless friends who knew so much more. Only when obituaries started being released in the likes of the New York Times did I realize how renowned a figure he was beyond local heroic status working alongside Paul Sharits and Hollis Frampton in my hometown. Then Rolling Stone posted. Pitchfork, Stereogum, NME, and other music publications quickly followed suit. Suddenly a whole world was opened by his sprawling legacy. – Jared M. (full review)

Daughters of the Dust
Little Boxes
Queen of the Desert

God Respects Us When We Work, but Loves Us When We Dance + Gimme Shelter
A Room with a View + The Lonely Passion of Judith Hearne
Watership Down
Cartesius
The Age of the Medici
The Flowers of St. Francis
Sherman’s March

For My Father
Maestà, The Passion of the Christ
Traitors
Storm Children, Book One
Viva Laldjérie
The Strange Case of Dr. Jekyll and Miss Osbourne