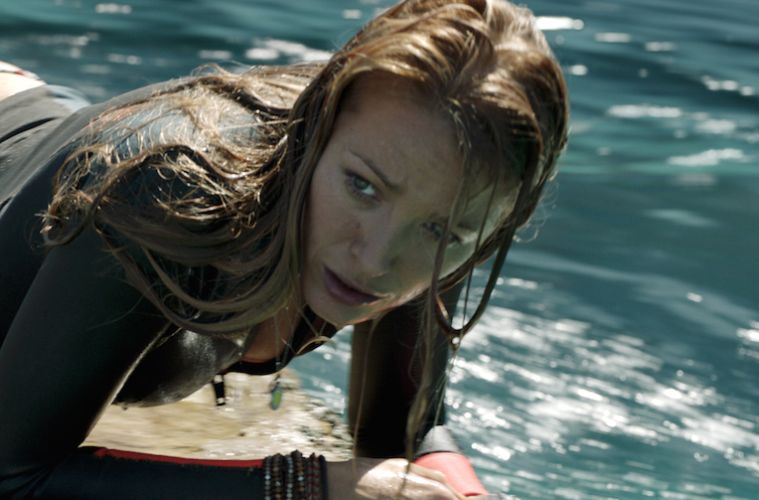 New to Streaming: ‘The Shallows,’ ‘Hunt For the Wilderpeople,’ ‘Other People,’ and More The newest film by Marco Bellocchio, one of Italy’s most revered directors, Dormant Beauty, initially seems like a risky proposition, being that it intends to marry both the often over-stuffed ensemble drama subgenre and what’s essentially an “issue” film. The exact fear being that the narrative would strain in a series of contrivances while also mass sermonizing. And yet, while the film still treads some dangerous territory in regards to its structure and themes — the dreaded blunt ruminations on “connection” and furthermore “how we live now” — the sure hand of an intelligent writer and director is thankfully felt. – Ethan V. (full review)

Hunt For the Wilderpeople (Taika Waititi)

If one imagines a real-life version of Up with a bit of Thelma & Louise thrown in, they get Hunt for the Wilderpeople, Taika Waititi‘s charming on-the-run adventure comedy. Based on Barry Crump’s book “Wild Pork And Watercress,” the story follows Ricky (Julian Dennison) as a rambunctious foster child on his last straw before juvenile prison. An expert in stealing, graffiti, kicking things, and many more offenses, he’s yet to find a foster family that can put up with him. – Jordan R. (full review)

Mumblecore and the period drama have (somehow) come together, and the result is far better than people who are generally allergic to the subgenre may expect. On a minuscule budget, writer-director Zachary Treitz and his crew have laid out a fully realized recreation of the South during the American Civil War — and it’s more than convincing recreations of an era’s aesthetic. Where many historical films are concerned with the movers and shakers of well-known events, Men Go to Battle is all about the micro view. It tells a story that happens to be set against a volatile backdrop, but is more about what it was like to live day-to-day in such a time. – Dan S. (full review)

Just a year since the cancer dramedy Me and Earl and the Dying Girl won big at Sundance, this year’s festival opened with another in the subgenre – albeit without the former’s teen-movie trappings – and it wears Sundance tropes like garlands (death, queer themes, quirky characters). Despite its tendency to fall into familiar characterizations, there’s much to like in its playful storytelling, not least from a winning performance by Jesse Plemons. – Ed F. (full review)

The sun is shining on a pristine, secluded beach — a kind of cove consisting of white sand, a coral reef, and an outlying island that looks like a woman in repose. As the tide goes out, a small rock appears from out of the crystal-clear waters, ringed in fire coral and crawling in small crabs. A woman, bleeding and terrified, finds purchase upon this rock and tends to the wound on her leg. In the water surrounding her small slice of sanctuary, a 15-foot great white shark circles, crazed with the scent of her blood, waiting for the rising tide to sweep her back into its domain. The beach is empty, the sun is setting, and no one knows where she is. Such is the refreshingly simple set-up of The Shallows, the newest film from director Jaume Collet-Serra (Non-Stop, Run All Night). There are plot and character details that flesh out the narrative, but the driving force behind the plot is, without a doubt, the simple and timeless tale of man versus nature, man versus mortality. Or, to be more correct, woman versus nature and woman versus mortality. – Brian R. (full review)