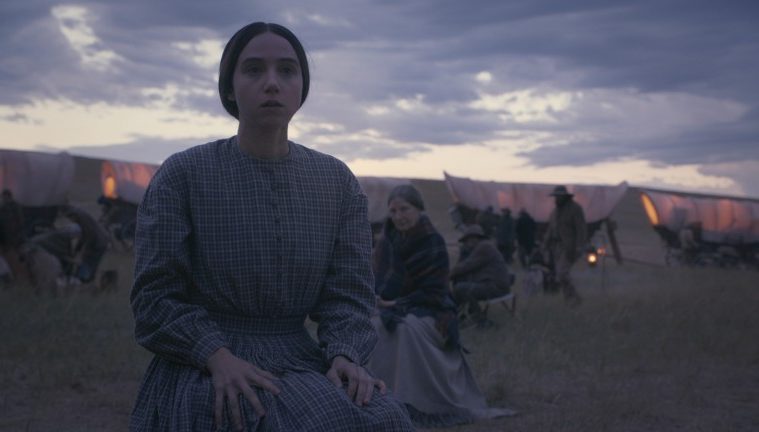 New to Streaming: ‘The Ballad of Buster Scruggs,’ ‘Searching,’ ‘Puzzle,’ ‘We the Animals,’ and More

The Ballad of Buster Scruggs (Joel and Ethan Coen)

Scruggs is, of course, the latest work from brothers Joel and Ethan Coen, and represents a ravishing if wildly uneven addition to their catalogue. It also marks their first foray into the odd waters of the portmanteau subgenre, which is perhaps a little surprising when considering the duo’s dexterity with so many cinematic modes, not to mention their signature ability to switch between such a wide range of serious and farcical tones. – Rory O. (full review) There’s a moment in director Daniel Goldhaber’s Cam where Alice (Madeline Brewer) is talking to her younger brother Jordan (Devin Druid) about the previous evening’s performance on web-cam site Free Live Girls. She moved past sex gimmicks towards the dark world of snuff film aesthetics and it worked to move her up more leaderboard spots in one session than she ever had before. He gives her a congratulatory fist-bump and asks whether she’s told their mother (Melora Walters’ Lynne) what her new lucrative job actually is yet. Alice says “No” because she’s waiting to crack the top-ten in order to prove it isn’t a lark — that she’s actually good at it. She says it in earnest, simultaneously admitting the stigma surrounding porn without delegitimizing it as a profession. – Jared M. (full review)

Paddington 2 is a genuine delight, a sequel that improves upon its (very good) predecessor. It is also the rare family film that has appeal for everyone in the family. As with 2014’s Paddington, director Paul King has zeroed in on the inherent magic of Michael Bond’s classic stories while incorporating scores of Wes Anderson-esque sight gags. Plus, there is a game cast of British heavyweights — Sally Hawkins, Hugh Bonneville, Jim Broadbent, and, this time around, a superb Hugh Grant — and gorgeous London locations. Most of all, there is the titular bear himself, a wondrous CGI creation sweetly voiced by Ben Whishaw. It is not hyperbolic to call Paddington one of the most adorably life-like computer-animated characters in cinema. He is the anti-Alvin, Simon, and Theodore, an anthropomorphic triumph whose interactions with humans are always believable. – Christopher S. (full review)

With its methodically tidy structure and a script that, beat for beat, lays the pieces to be a quintessential crowd-pleaser, Puzzle fits together like a perfect, well… you know. Directed by Marc Turtletaub, the powerhouse indie producer behind Little Miss Sunshine, Safety Not Guaranteed, Loving, and more, it’s easy to see the appeal of Oren Moverman’s unchallenging, but no less compassionate script, and he found the perfect actress to carry it. Kelly Macdonald’s Agnes prioritizes every need before her own, mostly those of her husband Louie (David Denman) and their two teenage sons. However, when she sparks a newfound obsession with puzzles, it opens up an unforeseen world, and, as with any heart-warming tale, a path of self-discovery that will change her forever. – Jordan R. (full review)

John Cho should be our next leading man. Above all else does the thriller Searching, directed by Aneesh Chaganty, make this abundantly clear. Cho stars as David Kim, recently-widowed father of teenage daughter Margot (Michelle La) and doing his best to keep his composure. Opening on a heartfelt and heartbreaking montage of messages and moments as displayed on a computer screen, Chaganty establishes what will be the aesthetic of the picture. – Dan M. (full review)

One should suspect something’s off the second Domhnall Gleeson’s mustache appears. It’s the kind of too-long-and-groomed-not-to-be-suspicious facial hair that became the staple of silent movie villains who casually twirled it as they waited for trains to put damsels in serious distress. The issue with Lenny Abrahamson’s The Little Stranger is that we’re not supposed to “get it.” Rather, we’re supposed to disregard everything we know about movie codes and let the moody, forced Gothic-ness of the film lure us into its mystery. And anyone who’s seen a film of its type before is likely to unlock the central puzzle in no time, making the rest of the movie a truly laborious experience. – Jose S. (full review)

I wish there was a way I could start this review of Carla Simón’s extraordinary Summer 1993 with its final scene. Not because there are eye-opening or plot-unravelling clues nestled inside it (like many other wonderful recent entries in the coming of age genre – think of Sean Baker’s The Florida Project – Summer 1993 unfolds more like an episodic tale than a plot-thick, action-packed three-act drama), but because it crystallizes what makes Simón’s debut stand out as one of the most memorable in recent years: an effortless ability to capture what it is like to deal with a tragedy of the kind its young heroine undergoes – the way traumas can be compartmentalized, but may always resurface. – Leonardo G. (full review)

We the Animals (Jeremiah Zagar)

We the Animals is most effective when it breaks free from conventional storytelling and relies on image, sound, emotion, and mood. Much of the film has an appropriately aimless feel, as the brothers wander the house and the community (the film was shot in Utica, NY). When events of great importance actually do occur, the effect is almost startling. The standout moments, though, are those in which introspection takes over. Zagar does not quite stick the landing — the discovery of Jonah’s journal seems to promise an ending that does not arrive — yet this, too, feels appropriate. When young Jonah retrieves his crinkled drawings and writing from the trash and smooths out the pages, we understand that eventually, he will be liberated. – Chris S. (full review)

After helming some of the best films of the previous decade with La Ciénaga, The Holy Girl, and The Headless Woman, Lucrecia Martel returned with the much-anticipated Zama. Produced by brothers Pedro and Agustin Almodóvar, Argentinean author Antonio di Benedetto’s 1956 novel has been adapted by Martel, which follows a story set in the late 18th century in Paraguay, tracking Don Diego de Zama (Daniel Gimenez Cacho), an officer of the Spanish Crown, who is tasked with going after a bandit. The film is a towering, elusive achievement of composition and craft that only improves on repeated viewings. – Jordan R.