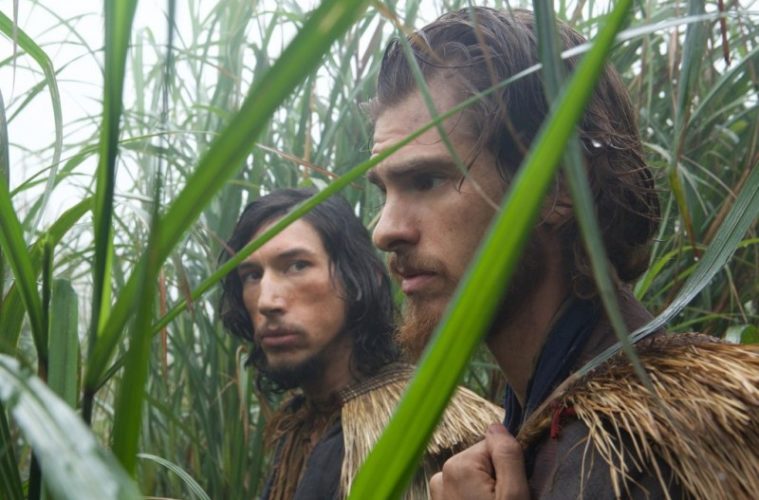 That emotional profundity most directors try to build to across an entire film? Mike Mills achieves it in every scene of 20th Century Women. There’s such a debilitating warmness to both the vibrant aesthetic and construction of its dynamic characters as Mills quickly soothes one into his story that you’re all the more caught off-guard as the flurry of emotional wallops are presented. Without ever hitting a tonal misstep, Mills’ latest feature takes place in a short period of time within relatively few locations, yet seems to pick up every wavelength of the human experience. There are also few funnier scenes this year than Billy Crudup‘s William attempting to explain the ending of a certain classic. – Jordan R.

Paul Verhoeven’s latest treatise on high / low art isn’t going to appeal to everyone, and, as this awards season has shown, it’s already deeply offended some. But its messiness and blurred moral provocations are key to its power as a piece of cinematic trickery. A masterful character study, Elle dresses up a pulpy morality play with an austere European arthouse sheen, then sends its powerfully passive lead through a minefield of ethical conundrums, often praising and condemning sticky taboos at the exact same time. And while Verhoeven is firmly in his cinematic niche as a proud pervert and armchair psychologist, this is foremost an act of supreme control from Isabelle Huppert, who, even when forced to be the story’s victim, plays her role with such blinding conviction and thorny pragmatism that she can only emerge from these horrors with renewed strength. – Michael S.

Everybody Wants Some!! (Richard Linklater)

Near the end of his essay for the Criterion release of Dazed and Confused, Kent Jones writes, “[Richard] Linklater has a keen, poetic memory for exactly how we did nothing.” Like the best American directors, Linklater understands that the roots of Americana are in a formless wandering, one that was as often about bullshit as transcendence. Everybody Wants Some!!, the spiritual sequel to his 1993 feature, is another rumination on transition, following the residents of a baseball house the weekend before classes at an unspecified college in 1980. It’s a weekend bacchanalia filled with rule-breaking parties, masculinity endurance tests, hotboxed bedrooms, closed-door hookups, and the flickers of a romance that could be about more than getting off. – Michael S. (full review)

Miss Sloane seems custom-designed to forever go in the dictionary to illustrate the definition of “political thriller,” so thoroughly does it fit all the expectations of that genre. Director John Madden cribs directly from the Washington, D.C. cinematic playbook, mixing handhelds and back-and-forth dialog cuts overlaid with omnipresent blue and grey color tones. It looks and feels less like a film and more like a feature-length pilot for a new TV series which happens to have a stacked cast. Said show would pretty much be Scandal, only without the mad deep state subplot and with characters who are actually good at their jobs. – Dan S. (full review) An aside: I find it to be a personal obligation to mention the untimely passing of Bill Paxton, whose consistently vivid performances will be sorely missed within the cinematic landscape for years to come and to whom I tip my hat. Fortunately, his hard-bit turn in Nathan Morlando’s slice of rural neo-noir, Mean Dreams, wonderfully encapsulates why he was so damn good. At the same time, I also feel it is my responsibility to look at the film around him, and objectively consider its craft and impact without the need to tiptoe. – Mike M. (full review)

An emotional gut-punch of a movie, A Monster Calls carefully explores what it means to be old enough to have true emotions and, still, not quite know how to process them. We are put in that headspace by the fantastic performance by young Lewis MacDougall who is visited by a tree monster (voiced by Liam Neeson) while his mother is sick in a hospital. Each night, the boy is visited and told a story that challenges him. Each night, our attachment to the journey grows until it culminates in a powerful finale that mixes the magic of J. A. Bayona’s visual grandeur with his personal touch. – Bill G.

A magical work that some might call “slow” or “dull,” and which I’d instead label as confident and unhurried, Pete’s Dragon proves that not all children’s films have to be flash sans substance. David Lowery‘s studio debut is a quietly moving film about loss and childhood that embraces the fantastical elements while still tweaking the foundation of the Disney original’s theme. Everything, down to the music, is a potent mix of nostalgia in a modern world. – Bill G.

One need not have any background with faith to be enraptured in the philosophical questions at the center of Silence. Sure, having a theological familiarity with the soul-wrenching struggle of Sebastião Rodrigues (Andrew Garfield) will increase one’s appreciation, but Martin Scorsese‘s adaptation of Shūsaku Endō‘s novel succeeds as a lucid exploration for anyone who has been conflicted with a crucial decision. By meticulously placing us into the battle both internal (through voiceover) and external (how the basis of that voiceover wars with opposing views) raging through Rodrigues, Scorsese’s feat is his patient build-up to one of the most profound endings of his career. – Jordan R.

The Devil’s Candy
Patriots Day (review)
Why Him? (review)