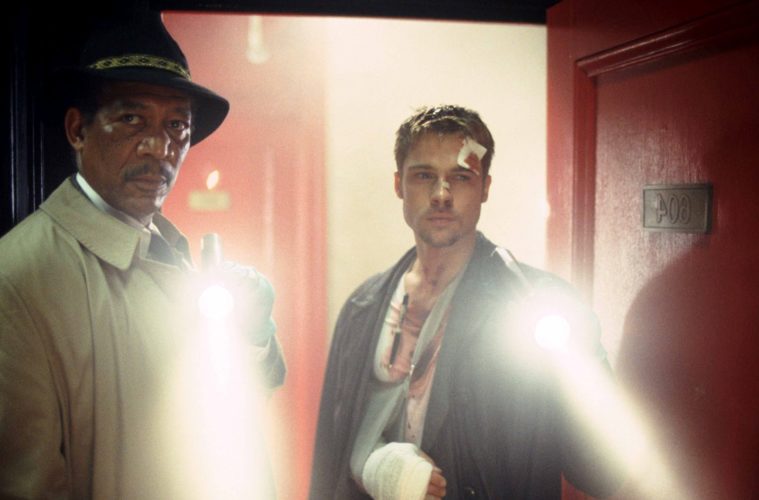 The newest film by Marco Bellocchio, one of Italy’s most revered directors, Dormant Beauty, initially seems like a risky proposition, being that it intends to marry both the often over-stuffed ensemble drama subgenre and what’s essentially an “issue” film. The exact fear being that the narrative would strain in a series of contrivances while also mass sermonizing. And yet, while the film still treads some dangerous territory in regards to its structure and themes — the dreaded blunt ruminations on “connection” and furthermore “how we live now” — the sure hand of an intelligent writer and director is thankfully felt. – Ethan V. (full review) Following his tragic passing earlier this year, one of the great many beloved roles from Robin Williams was in Gus Van Sant‘s Good Will Hunting. A dramatic break-out for Matt Damon and Ben Affleck, one wishes Hollywood would churn out moving crowd-pleasers of this variety more often nowadays. A streaming option for the film was hard to come by around the time Williams passed, but now it’s available on Netflix Instant. – Jordan R.

It may be solely within the wide, malleable spectrum of cinematic taste that we ever encounter this unified set: that which we enjoy, that which we do not, and that which we, regardless, must confront. To merge one into the others — by that token, combining seemingly disparate forms of personal taste and approach into a coherent unit — is a task that carries with it a degree of difficulty few bother to attempt, and one fewer succeed at when trying. Lose grip of just one edge, and the whole enterprise can collapse at any given moment. Had he only assembled these three into a functioning whole, director Dan Krauss could be said to have a certified accomplishment in his war documentary, The Kill Team, needing little else to own a title of even some merit. – Nick N. (full review)

While it’s not the most perceptive film exploring the diversity of the lesbian experience, Life Partners has several insightful comic moments that ring true. The story follows Paige (Gillian Jacobs), a straight environmental lawyer and her BFF Sasha (Leighton Meester), a receptionist-musician who has recently gone through a breakup and finds it difficult to navigate the smallish lesbian community of the unnamed city they reside in. (Which appears from the production design to be in the Pacific Northwest, although I later learned the film was shot in Los Angeles). A sense of place and community is relatively important with regards to cultural experience and one’s ability to float; some cities are sink or swim, others have a lot of floaters like Sasha. – John F. (full review)

Gray’s first feature begins with the carrying out of a work task by the film’s lead, Joshua: the act of killing, rather than, for instance, driving a truck or standing behind a store counter. Working simply as a hit man for New York’s Russian mafia, his life isn’t one of the decadent gangster, but simply cold and dirty murder. As presented through the prism of Gray’s films, the job is the life, with Joshua proving overtly cold and solitary. Yet once he returns to the eponymous working-class Brooklyn neighborhood of his Russian immigrant family, everything is bound to change. – Ethan V. (full review)

To the extent that this is worth seeing—it’s a Netflix peek on a rainy day, at best—it’s because of Jolie, who has a great time playing this character and wearing her sexy comic-book costuming for all it’s worth. There’s such a flash of devilish glee in that one scene of villainy—the only one that’s very close to the cinematic source material—that it’s easy to wish the entire film had played in a more comedic or even satirical vein. Looking at Jolie and her stellar cheekbones and you can easily imagine the riches of a Mel Brooks, Terry Gilliam, or—gasp!—Baz Luhrmann’s Maleficent. What this film needs is someone behind the camera with a little character of their own. – Nathan B. (full review)

If Gone Girl presents another dark offering, albeit with a good deal of pulpy comedy, for David Fincher, I’d argue Seven marks his bleakest film. Following Brad Pitt and Morgan Freeman as homicide detectives who investigate deeply disturbing serial killings that replicate the seven deadly sins, it’s also one of the director’s most accomplished films, captivating from the opening titles all the way through its unforgettable (and often parodied) twist. Now available on Netflix Instant, if you’re in for a not-so-uplifting weekend, look no further. – Jordan R.

It’s quite telling when the best scene in your movie isn’t even from your own movie. When a clip is shown early on from Shaun of the Dead, I felt a burst of both enjoyment and frustration. Enjoyment because, well, it’sShaun of the Dead. The overbearing frustration came from the fact that the movie I was watching was Scream 4. This fourth installment is only a surprise in the sense that it didn’t continue the downward spiral of the series, but lets face it, surpassing the third film is about as easy a task as one could get. – Jack G. (full review) In the 16 or so years that he’s been in the game, filmmaker Joe Carnahan has built his reputation as much on the films he has made as he has on the ones he has not. A very vocal presence online and in the press, Carnahan is equal parts Hollywood studio cautionary tale and creative crusader. His new picture, Stretch, was scheduled to come out in theaters March 21st, only to be pulled by distributer Universal months before release, claiming the film was not worth the money it would take to put it out on the big screen. Now it finds its way to the masses via Video On Demand, a distribution model that’s far less inauspicious then it once was. And though, on paper, Stretch has the makings of an alternative, studio hit – given it’s slick look and jam-packed, all-star cast – one understands the reservations having watched it through. Take note, this is mostly a positive. – Dan M. (full review) Employing multiple modes of documentary storytelling, from talking heads, undercover reporting and on-the-ground war reporting, Virunga is a potentially paradigm-shifting entry in the genre that deserves the kind of support and attention Blackfish and The Cove received. The deep geopolitical conflict is embodied by the Virunga National Park, a UNESCO-designated world heritage site. It’s a 3,000 square mile zone encompassing villages and wild life preserves, in a story told by multiple narrators that is perhaps the most direct telling of a truly complex system of interactions. – John F. (full review)

Why Don’t You Play In Hell? (Sion Sono) Excessive doesn’t begin to describe Why Don’t You Play In Hell?, Japanese director Sion Sono’s action comedy that focuses on two gangsters and an aspiring director. Jam packed with shoot-outs, katana battles, and martial arts, the film culminates in a sopping wet mess of blood, sweat, and vomit, but not before making the viewer earn it. – Amanda W. (full review)