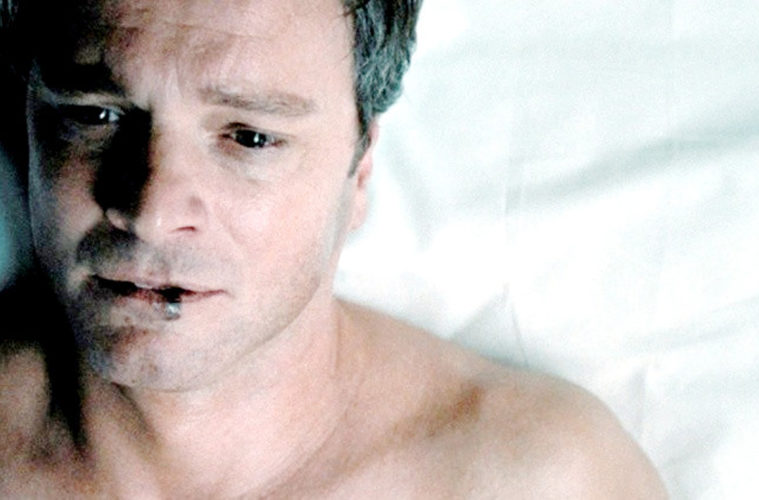 Ai Weiwei: The Fake Case is a rare and intimate perspective on the artist and political figure. Directed by Andreas Johnsen, the documentary follows the globally renowned artist upon his release from a Chinese prison after being held for 81 days. On house arrest, Weiwei receives support from his wife, young son and mother, numerous friends in the art and entertainment industry, and his legions of fans. As the film unfolds, he continues to fight the Chinese government on the falsified tax-evasion charges that supposedly lead to his imprisonment. With his phone tapped and his every move watched over by the authorities, Weiwei never abandons his crusade against the Chinese government. More concerned with the maintenance of his freedom of speech than his reputation, Weiwei presses onward speaking out in the hopes that personal victory will spawn revolt against national governmental oppression. – Jordan C. (full review)

How close is too close to home? That has to be the question going through the mind of anyone familiar with the last decade of Jon Favreau’s career while watching his latest film, Chef. Smartly made and richly told, the film follows the life of a chef that is miserable working for someone else making the “greatest hits,” and finds solace, freedom, and the ability to express himself again through the independence of running his own food truck. – Bill G. (full review)

Far removed from his cold, clean serial killer character in Dexter, Michael C. Hall‘s first role following the series’ conclusion finds him as a family man put in a distressing situation, complete with an abiding mullet and mustache. Waking up in the middle of night to an intruder in his home, Richard Dane (Hall) retrieves a gun currently occupying a dusty box in his closet, and approaches the stranger. Although the trespasser is unarmed, the tick of a clock on his mantle startles Dane, resulting in a shot going off, fatally connecting with the unwelcome visitor. – Jordan R. (full review)

Following The Rover‘s release, Australia’s Blue-Tongue Films’ next project is Felony, which bowed at Toronto International Film Festival last fall and is now available to watch. Coming from screenwriter Joel Edgerton (starring in the film as well) and director Matthew Saville, the story follows three detectives who become embroiled in a tense struggle after a tragic accident that leaves a child in critical condition. One is guilty of a crime, one will try to cover it up, and the other attempts to expose it. Also starring Jai Courtney, Melissa George and Tom Wilkinson it looks like a compelling drama and will hit theaters next month. – Jordan R.

The latest cockumentary, The Final Member has somewhat grander ambitions than Brian Spitz’s quest UnHung Hero, where a size-conscious fellow attempts to unzip global and cultural fascinations with penis size. The Final Member celebrates penises of all sizes, shapes and life forms at Sigurour “Siggi” Hjartarson’s Icelandic Phallological Museum in Husavik, Iceland. While UnHung Hero reminded me of the kind of inquiry Sal and Richard of The Howard Stern Show might engage in, The Final Member could have been presented by the Twitter feed What The F*** Facts, as each revelation is stranger and more fascinating than the next. – John F. (full review)

While it’ll easily end up being one of the lowest-grossing features on this list, the latest work from the Harvard Sensory Ethnography Lab is also one of the most powerful, transformative experiences one is bound to experience this year. Taking a different approach than Sweetgrass and Leviathan, Manakamana places us as a passenger on twelve separate trips to and from the titular sacred temple in Nepal. While some may consider it an endurance test, I found it to be a warm, vulnerable exploration of humanity, stripping down barriers which even the vast majority of documentaries can’t help but produce. – Jordan R.

It can be said that emerging writer-director Ti West sets a certain expectation, making what some consider to be “anti-horror” films. There’s been the ’80s fetishization of The House of the Deviland sustained work-place malaise of The Innkeepers, the respective Satanists and ghosts of each almost an afterthought, as their protagonists wander around decrepit, vacated places of living. Yet with his newest, The Sacrament — a film inspired by the infamous Jonestown Massacre and its “drink the Kool-Aid” mass-suicide by a cult — its disturbing, grand climax is an utter inevitability. The film thankfully doesn’t completely race to this, but at least gradually reaches the point of true terror, even if one wishes it would delay the process to even greater lengths. – Ethan V. (full review) One of the consistencies evidenced in Scanners is its Canadian setting. Cronenberg’s aforementioned prestige ascension often took him from Canada to exotic locales such as China, Austria, and England; in comparison, his earlier work made a point of emphasizing the urban or suburban malaise of a dreary Canadian winter, which acted as some partial indicator of the ensuing chaos. Just as iconic as Scanners’ exploding head (in his oeuvre, at least) is the image of The Brood’s three monstrous children in those one-piece snowsuits every Canadian kid has to wear for four months of the year. – Ethan V. (full review)

I know it’s misguided, but my interest in David O. Russell films kind of ended after The Fighter. This was a guy who used to pave his own path with challenging material and comedies that made you think. It’s not even that I disliked his true-life boxing tale, but where was the eccentricity? Where was the promise of subversive insanity that his sadly unfinished Nailed possessed? He showed he had the skills for the big time and I’m ecstatic he now has the mainstream clout for bigger budgets and box office appeal, but could The Fighter‘s success have ruined his originality? Of course it could and for a lesser auteur it very well might have here. But if his adaptation of Matthew Quick‘s novel Silver Linings Playbook is any indication, Russell appears to know exactly how to combine these two cinematic sensibilities. – Jared M. (full review) A Single Man is a brilliant, beautiful and moving debut from fashion mogul Tom Ford, who both wrote and directed this small gem. It’s a look inside a grieving man’s final day. This is a deeply profound message on death, relationships and identity. It also happens to be Colin Firth‘s best performance yet. It’s 1962 and George Falconer (Colin Firth) is living the last day of his life. He’s a prolific English professor whose life has become empty ever since his boyfriend Joe (Matthew Goode) tragically died in a car accident. George is at a loss and is having trouble coping. The only one he has to comfort him is the oblivious Charley (Julianne Moore). She’s in love with him, but he doesn’t love her. George finally finds beauty and a sense of happiness in Kenny (Nicholas Hoult), a student who is now courting him. – Jack G. (full review)

1979’s Tess is arguably even more surprising in its approach: whereas Chinatown finds Polanski preserving his themes and impressions in a 130-minute noir with intricate Robert Towne plotting and charismatic performances, Tess — a 171-minute adaptation of Thomas Hardy’s 1891 novel, Tess of the d’Urbervilles — preserves those same Polanski-specific sensations in a studied, painterly environment that’s very much in the David Lean mold. (A brief note on the film’s painterly credentials: this Senses of Cinema piece by Arthur Rankin identifies Sir John Everett Millais, Jean-François Millet, and Jean-Baptiste-Camille Corot as important influences on the cinematography of Tess.) – Danny K. (full review)

In Michael Bay’s latest blaring entry of the inexplicably popular Transformers series, Optimus Prime and his sentient, shape-shifting robotic cohorts find that the world at large has finally tired of their presence. Walking into the value-club sized Transformers: Age of Extinction, I found I could relate to that sentiment. If one adds the considerable length of this new film to the totals of the first three—allegedly forming one trilogy, as Extinction starts a second—you get a whopping 10-plus hours of giant robot destruction, and one suspects that might just be enough for anyone. Anyone, that is, who isn’t Michael Bay. – Nathan B. (full review)

A Brief History of Time
The Brood
The Elephant God
Il sorpasso
Judex
La Vie de Bohème
Le Notti Bianche
Liv & Ingmar
Tie Me Up! Tie Me Down
Watership Down
Where Is My Friend’s House?

3 Days to Kill
Defiance
The Duchess
One Day