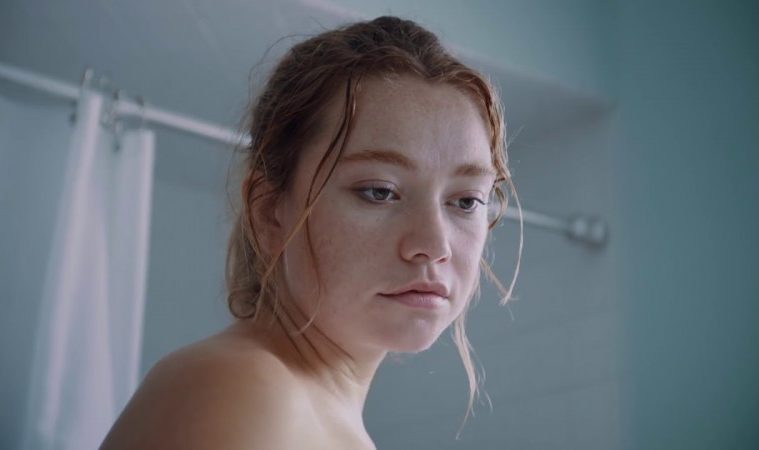 When miniscule-budget films like Coherence can deal with multiple dimensions in endlessly fascinating ways and mid-budget Hollywood films like Life have the guts to get impressively nasty while riffing on the sci-fi classics that came before it, there’s no excuse for The Cloverfield Paradox to fall as blandly down the middle of the road as it does. The most memorable aspect of the film will certainly have nothing to do with the actual film itself: a mere few hours earlier, it seemed like Netflix achieved a momentous coup. Then, it became clear a movie that would have crashed and burned at the box office was turned into an essential event that the entire world could access at the click of a button before a single early reaction could doom its fate. Now that is a brilliantly-executed paradox. – Jordan R. (full review)

Let’s get this out of the way: Darkest Hour is pure, uncut Oscar bait that goes through every bullcrap great-man biopic platitude imaginable in its two-hour runtime. The reason to rush to such a harsh judgement is perhaps because it’s so damn hard to understand the actual reason for making this film in the first place other than racking up gold statues. If Christopher Nolan’s Dunkirk received a small segment of backlash a couple months back for being “Tory porn,” then rightfully expect double that for this self-parody of the British prestige picture. Though, ultimately, the film is too anodyne an experience to really get up in arms at for its certainly out-of-time, out-of-place politics. – Ethan V. (full review)

Humanity’s most invaluable asset is our memory. It fuels our imagination, ignites conversations, and can unite us. It can also be distorted, reshaped, and forgotten altogether. Marjorie Prime, a micro-scale sci-fi chamber drama, fascinatingly explores the perception and dissolution of what we remember throughout our lives. Michael Almereyda’s contemplative new film, which could double as the best-written episode of Black Mirror yet, most poignantly serves as catalyst for a personal self-reflection on the part of the viewer. – Jordan R. (full review)

As the latest Olympics gets underway with South Korea, on the off-hours, there’s no better way to dive into the history of the ceremonies with Criterion’s Olympic Games, 100 Years of Olympic Films: 1912-2012. For those that want a little taste, FilmStruck is now playing eleven highlights, including works by Leni Riefenstahl (Olympia); Kon Ichikawa (Tokyo Olympiad); Milos Forman, Claude Lelouch, Arthur Penn, and John Schlesinger (Visions of Eight); and Carlos Saura (Marathon).

In Amber Tamblyn’s impressive debut feature Paint It Black, a suicide sets up a tug of war between two unlikely interconnected foes: Josie (Alia Shawkat), a student who gets by modeling for a drawing class, and Meredith (Janet McTeer), a wealthy pianist, the mother of Josie’s ex-lover Michael (Rhys Wakefield). Opening in an ambitious daze, Josie awakes without Michael and heads to a punk club in her low rent L.A. neighborhood for an all-night bender. She then wakes up to a phone call from the police that Michael has taken his own life in a motel down in Twentynine Palms, California. – John F. (full review)

Stephen Cone’s protagonists are often defined by an inquisitiveness, whether it pertains to faith, sexuality or maturation in general. In Princess Cyd, Jessica Pinnick captivatingly embodies these concern as her Cyd is the ying to the yang of her aunt Miranda, played by Rebecca Spence in an equally great performance. As the two delicately spar during a warm Chicago summer, Cone has carefully crafted another world bursting with humanity that any viewer would want to live in. – Jordan R.