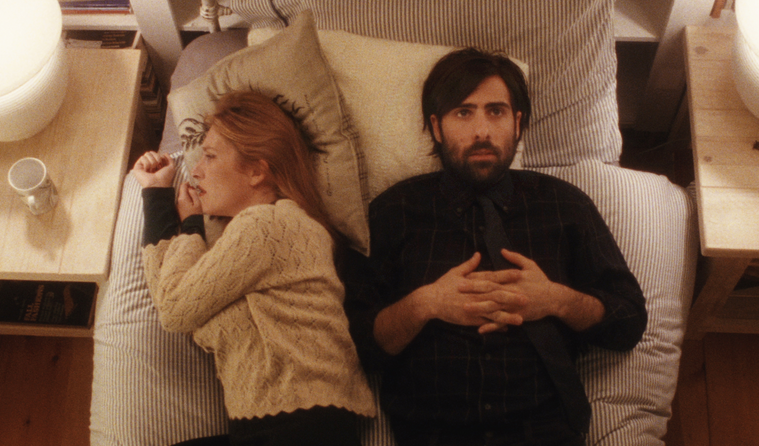 Like many, I learn about my subcultures from The Howard Stern Show, which had sent a correspondent to cover this year’s BronyCon, an annual fan convention for followers of My Little Pony: Friendship is Magic. We learn the followers skew male and heterosexual with a median age of 21, although Bronies exist everywhere and may, in fact, include your next-door neighbor. A Brony Tale, a new documentary, which premiered at the Tribeca Film Festival, attempts to unpack this subculture through the lens of filmmaker Brent Hodge’s friend Ashleigh Ball. A voice actress and musician, Ball is a star in this community as she gives life to essential characters on the show, including Applejack and Rainbow Dash, who is responsible for a common catch phrase in the community after she tells a fellow pony to make something “20% cooler.” – John F. (full review) It’s September 9th, 1942 and the Japanese have already invaded Singapore three years before the first atomic bomb will shake them with devastating force and ultimately close out one of the ugliest chapters in Earth’s history. Through an alliance that has held strong even today—this film is a co-production between the two countries—Australia was one of the nations that came to the Southeast Asian island’s assistance in a futile attempt to wrest back control. A British colony at the time of its capture, Singapore retained forces on the ground and in the sky as battles raged on for the final piece to Japan’s Malaysian conquest. Covered in jungle and swarming with troops, survival was hardly a guarantee like with everywhere else caught inside the chaos. Rather than show us another bloody WWII massacre, however, writer/director Aaron Wilson decides to breathe fresh air into the war drama with the virtually non-verbal Canopy. – Jared M. (full review)

How to Train Your Dragon 2 (Dean Deblois)

What was so refreshing about Dreamworks original How To Train Your Dragon is that it offered up a stirring combination of grand spectacle and gentle imagination, working together to deliver a family-friendly adventure that expanded beyond the aims of a simple kid’s film. The relationship between Viking teen Hiccup (Jay Baruchel) and his beguiling dragon cohort Toothless was the backbone of the film, brought to vivid life by a bevy of animation artists and presented as a realistic bonding between human and animal. Directors Chris Sanders and Dean Debois used that team-up to disrupt the world they created—a secluded Nordic rock where Vikings and dragons battled in endless stalemate—while establishing a fearless sense of escapism in the movie itself. The good news is that How To Train Your Dragon 2 has been created in the same spirit, and although it chases after the elusive call of franchise, it still remembers to be wonderful where it counts. – Nathan B. (full review)

She may live in a dystopic nightmare where the reigning government wants her head on a plate, but Katniss Everdeen is one fortunate girl. She emerged from the titular and brutal Hunger Games unscathed, outwitting the game-makers and saving her friend Peeta in the process. More than that, she has managed a neat hat trick in our world, too. The first adaptation of her story was actually good entertainment, and the sequel is even better than that. No one expected it, but Catching Fire turns out to be the best of last year’s fantasy blockbusters, weaving in compelling ideas amidst entertainment that delivers on all counts. – Nathan B. (full review)

On the one hand, Clint Eastwood‘s stage-to-screen adaptation of Jersey Boys is an exercise in Broadway fidelity: rather than re-cast the project with established movie-star personalities, the director chose to fill out three of the four primary roles with actors who performed in the show’s original Broadway tour. Furthermore, according to an interview with Scott Foundas, Eastwood passed over a screenplay from veteran writer John Logan (Rango, Skyfall) in favor of a draft penned by Marshall Brickman and Rick Elice, who authored the original Broadway book. (Unlike Logan’s draft, Brickman and Elice’s script retains the fourth-wall-breaking gambit of the stage show.) On the other hand, Eastwood’s clear intention to abide by the stage show is undermined by the implementation of his late-period aesthetic, which sacrifices bright, bursting lights and concert-show spirit for musky rooms and cinematographer Tom Stern‘s arsenal of classical shadows, dusty greys, and deep browns. – Danny K. (full review)

Debuting to a strong response at Sundance (especially during the premiere I attended), it’s a wonder why Josh Radnor‘s Liberal Arts wasn’t at least a mild success. While his college-set tale of a peculiar relationship didn’t break any new boundaries, the crowdpleaser featured an excellent cast (including Elizabeth Olsen, Allison Janney, Richard Jenkins and a hilarious cameo from Zac Efron), yet it came and went a few years without a peep. While I question why IFC Films didn’t initially go the VOD route with this one, it’s now available on Netflix to stream. – Jordan R.

When a film follows a despicable character acting out despicable things, it takes a careful balance in both the direction and the writing to give an audience any desire to explore his or her life. Thankfully, Listen Up Philip, the latest drama from The Color Wheel writer-director Alex Ross Perry, excels in both categories. We open on our title character, played by Jason Schwartzman, gloating about his new novel to an ex-girlfriend and, then, attacking a handicapped former friend on his life choices, all while Eric Bogosian‘s inimitable narration provides another perspective to our protagonist’s narcissistic worldview. – Jordan R. (full review) With a seemingly economical and swift production, the first V/H/S was an unexpected hit, and has now spawned two sequels. As short films usual have such a small amount of exposure, the loosely-linked anthology concept is ideal for the genre. It’s challenging to the filmmakers and intriguing for viewers and, for better or worse, we have some interesting ideas at play. For the third film, V/H/S Viral, the “found-footage” emphasis has been mostly dropped via the throughline between them all. Like any franchise, a third outing is difficult to pull off yet, and such is the case here, with few ample rewards to be found. – Bill G. (full review)

We are the Best! (Lukas Moodysson)

The opening title card to Lukas Moodysson’s joyous and vibrant film We Are the Best! reads, “Stockholm 1982″ while early scenes consist of idle discussions about taxes and arguments about the laundry. These opening minutes suggest that “Stockholm 1982” is a city populated with older residents entrenched in rigorous domesticity. Bobo (Mira Barkhammar) and Klara (Mira Grosin), our thirteen-year-old heroines, want no part of this world. They sport botched mohawks and hide their femininity behind thick glasses and baggy clothing. Their greatest act of defiance is their affinity for punk music — a trend, they are promptly reminded by their angelic looking classmate, that’s long been dead. – Zade C. (full review)

Alive Inside: A Story of Music & Memory
Metro Manila