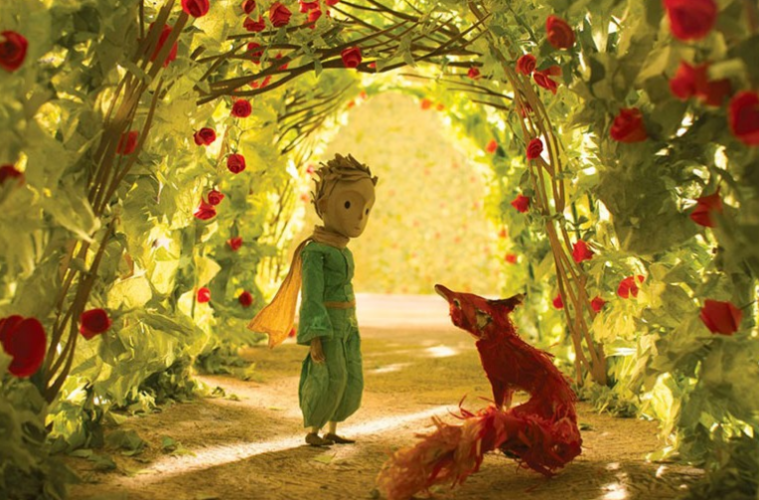 New to Streaming: ‘Last Days in the Desert,’ Kelly Reichardt, ‘The Little Prince,’ and More

Science-fiction films don’t get much more immersive than Cloverfield, Matt Reeves‘ thrilling feature debut, putting us directly into the shoes of an alien invasion. One of the rare cases in which intriguing, tight-lipped marketing actually delivered on its promise, this sci-fi found-footage thriller has memorable setpieces at every turn, complete with a sense of genuine panic, a feeling that other post-9/11 films often render as exploitative. Little did we know at the time of its debut (or even last year), it also serves as the ideal franchise starter as it’s able to splinter its stories in countless directions and forms. – Jordan R.

It can be said with little hesitation, and without even looking at the slate of what’s to come, that the restoration of a Fritz Lang film will be among any year’s finest cinematic offerings. The Friedrich Wilhelm Murnau Foundation deserves real credit, then, for bringing us a new version of his 1921 epic Destiny, here presented in a recolored edition that reflects Lang’s original intentions and with a new score by Cornelius Schwehr. After a theatrical release, it’s now available to stream. – Nick N.

Take out True Grit, which I still haven’t come around to, and the recent run of the Coen brothers—No Country for Old Men, Burn After Reading, A Serious Man, Inside Llewyn Davis—is as spotless as anything in American narrative cinema right now. The new film is an indelible portrait of an artist who’s both musically talented and professionally doomed. When Oscar Isaac sings “Hang Me, Oh Hang Me” in the opening scene, into the smoky residue of the Gaslight Café circa 1961, it’s a performance I’d pay good money to see in person. And yet, when Isaac’s later, equally moving rendition of “The Death of Queen Jane” is met with devastating financial skepticism by F. Murray Abraham’s Bud Grossman (“I don’t see a lot of money here”), we don’t bat an eye. That these two things—crystal-clear talent and terminal obscurity—are intertwined so flawlessly into Llewyn’s scenario is some kind of miracle of performance, tone, and worldview. The movie rejects easy nostalgia for the Greenwich Village folk-music scene and instead presents the trade as arduous, stark manual labor—an endless cycle of songs, deals, feuds, junkies, cargo, cats, cars, and couches. – Danny K. Perhaps the most intriguing feature of last year’s Sundance Film Festival slate, Last Days in the Desert, follows Jesus (and Satan), both played by Ewan McGregor, as he’s in the final steps of his contemplative 40-day journey before returning to civilization in Jerusalem. Far removed from the recent bombastic Biblical tentpoles Noah and Exodus, Rodrigo García‘s beautiful, spare drama can frustrate as much as it allures with meditations on finding meaning in one’s life (and beyond). – Jordan R. (full review)

Following its premiere at Cannes last year, Paramount Pictures picked up the animation The Little Prince, based on Antoine de Saint-Exupéry‘s famous 1943 novel and adapted by The Boxtrolls‘ Irena Brignull. However, just a short time before it was set to be released this past March, they unceremoniously dumped it. Thankfully, Netflix came to the rescue and it’s now available to stream.

I’ll ignore the wealth of received wisdom that’s surrounded these films for thirteen years and instead provide what’s deserved: praise. Following The Matrix‘s lightning-in-a-bottle success, the Wachowskis embarked upon a two-part sequel that expanded much of their original picture’s strengths (aesthetics, action sensibilities, pacing, easily digestible philosophy) into the higher-stakes realm of be-all, end-all conflict. But even with such intensity and portent on its mind, this duology makes great effort to balance the present moment with overarching narrative and theme. Where do I even start? There’s the infamous rave sequence, a tactile, all-colors celebration of humanity intercut with a sex scene more attuned to sensory experience and emotional connection than just about any other 21st-century example. There’s an extended, Lambert Wilson-delivered monologue regarding causality that’s sandwiched between a) a plot-advancing exchange where Keanu Reeves must make-out with Monica Bellucci and b) a Cornel West cameo. There’s the understanding of how words (e.g. “the Prophecy”) and the voices of those speaking them might attain a mantra-like quality that imbues more emotion than any effect — and yet, still, effects that either continue to awe or now charm in their somewhat-dated status. (Visible seams and all, the final Neo-Smith battle remains the greatest of superhero-villain encounters.) They’re grand in every sense of the word, especially side-by-side — hence their pairing: when treated as one entity (with a sanity-preserving intermission included), Reloaded and Revolutions play as an epic of the highest order. – Nick N.

Kelly Reichardt’s River of Grass is a “lovers on the run” film, but the main characters aren’t lovers, and their version of the lam is spending a few days at a flop-house in an adjacent zip code. Originally released in 1994, Reichardt’s debut is a digressive walkabout into a world of delayed responsibility and halted potential. It’s a story that’s perfectly aligns with the mythic Americana themes that have emerged over Reichardt’s career, while also feeling formally radical. Re-released this year through a Kickstarter from Oscilloscope Laboratories, River of Grass isn’t able to reach the peaks of Reichardt’s later monumental work, but it’s educational in mapping out her concerns as a filmmaker, and a stirring reminder of her abilities as a visual stylist. – Michael S. (full review) Devoid of any spoken words, music, voice-over or even subtitles, Myroslav Slaboshpytskiy‘s debut feature film The Tribe is communicated through sign language, for all the characters are deaf. This provides a unique challenge for any audience member not versed with how to sign, as the filmmaker provides no direct explanation of what characters are actually saying. While this may initially seem daunting, a viewer’s patience and keen observation is rewarded by a haunting cinematic experience that truly is unlike anything else this year. – Raffi A. (full review)

At first glance, Paolo Sorrentino’s Youth looks like another of the Great Beauty director’s idyll frolics in the fields of Fellini, demonstrating a sharp eye for visual beauty and aesthetic control while lacking a thematic substance. Although it does tend to veer wildly from one emotion to the next, spastically leap-frogging across stray, melancholic thoughts and trotting out a parade of game actors and actresses ready to play, the great strength of Youth is that it’s seemingly introspective meditation on aging, loss, and legacy is both sincerely heartfelt and imaginatively playful. Sorrentino’s playground (a health spa in the Alps) proves to be a perfect foil for the work of Michael Caine and Harvey Keitel, who each give one of the best performances of their career. Even as the film threatens to swoon and fall off the precipice of its own dreamy imaginings, it pulls back and delivers moments of grand loveliness and emotional heartbreak that draw the whole piece together. – Nathan B.

Coffee and Cigarettes
Mr. Holmes (review)
The Others
The Piano