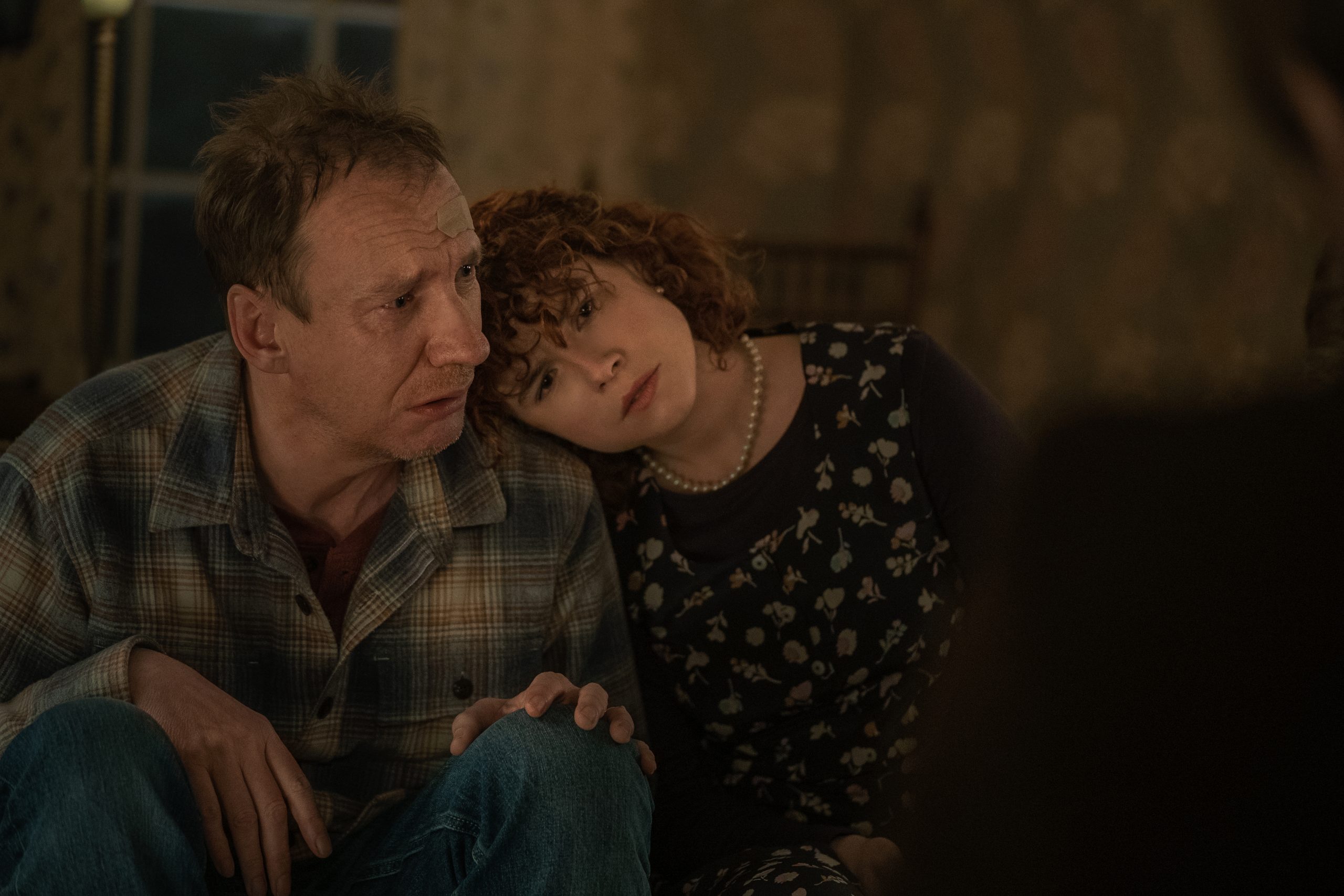 One of my most-desired restorations in many years has finally arrived. Claire Denis’s 1999 masterpiece Beau Travail, a Djibouti-set exploration of masculinity, sexuality, isolation, and power structures, will be arriving on The Criterion Collection but first a digital release has landed. Recently undergoing a new 4K digital restoration––supervised by director of photography Agnès Godard and approved by director Claire Denis, courtesy of Janus Films––it is simply one of the best films you will ever see, with an all-timer of an ending. – Jordan R.

A small, harmless frog peacefully existing by the water is the first image presented in Feels Good Man. What follows from that serene moment––a nod to the source of innocent inspiration for Pepe the Frog––is a clear-eyed, disturbing look at how the playful creation was perverted and carried through a malevolent maelstrom of digital discourse in the darkest corners of the internet. Arthur Jones’ documentary stays sharply focused on the specific path in which Pepe the Frog eventually became classified as a hate symbol by the Anti-Defamation League, but he also paints a larger, more terrifying picture of how an anonymous population wields the power to shift political change from their keyboards and the juvenile motivation in which their flimsy ideology is founded upon. – Jordan R. (full review)

Capping off a decade of forward-thinking reinvention, Terrence Malick delivered what could be considered one of his bigger gambles: a three-hour drama almost solely about an internal, spiritual fight for survival. Employing the cinema-as-memory, restless approach that was solidified in The Tree of Life then experimented to its fullest with his recent trilogy of lost souls in modernity, A Hidden Life takes that style and evocatively rethinks the idea of a biopic. In the story of Franz Jägerstätter and his eternal torment of deciding not to utter a few words of commitment to the Third Reich to save his life (even if he didn’t mean them), Malick captures the beauty he’s leaving behind and the horror of what lies ahead in all of its glorious, terrifying rapture. The director’s longest theatrical cut yet, that endurance is part of the film’s greatest strength as we feel every grueling emotional beat that rings in the heart of Franz. Though heralded as a “return to form,” A Hidden Life is much more of a continuation of a newly-birthed radical method for Malick that I estimate will only age better in the decades to come. – Jordan R.

I’m Thinking of Ending Things is a puzzle box of a movie, one I’m still desperately trying to prise open, but one of its many layers is a metatextual comment on the concept of “originality” itself. The film is a curious case: an utterly original work made up almost entirely of unoriginal elements. Kaufman keeps a lot of Reid’s stream of consciousness dialogue (or inner monologue) intact, and almost all of Kaufman’s additional dialogue is about other works of art: a poem by Eva H.D., a review by Pauline Kael, references to David Foster Wallace, Robert Zemeckis, Billy Crystal, Tolstoy, and Oklahoma! Kaufman even plays with different genres, from horror to rom-com to ballet to musical theatre to animation—it’s a joy to watch and a complete mindfuck. It feels like Kaufman is unspooling his personal anxieties about the pressure to be original when so much of what an artist creates is just a collage of different influences. – Orla S. (full review)

The Mole Agent has quite the premise, and it seems intent to follow it at first. Outside of Santiago, Chile in the district of El Monte, a family suspects that their matriarch, Sonia, is a victim of elder abuse at her nursing home. They’ve reached out to a private investigator named Romulo for help, but he can’t get inside the home himself. Instead, he puts a job ad in the paper, and less than five minutes into Maite Alberdi’s documentary, we have our title character: 83-year-old Sergio. The widower and father of three is to check into the facility, observe Sonia, and get information back to Romulo. – Matt C. (full review)

“Mulan! Take control of yourself!” These shouts greet young Mulan as she runs and leaps across her village, attempting to catch a wayward chicken. Set during the time of China’s Han Dynasty, Disney’s live-action adaptation of the animated favorite Mulan is, in many ways, a film about characters attempting to control gender roles, internal conflict, and even warfare. Control, of course, is an element completely lost as a result of the COVID-19 pandemic, and the world of cinema is no exception. Disney realized this after moving the film from its original July release date to another in August, and then, finally, to its Disney+ streaming service. – Chris S. (full review)

Writer and director Norris Wong set her debut feature My Prince Edward in a crowded shopping district of Hong Kong, specifically the Golden Plaza mall. We’re introduced to Cheung Lei-fong (Stephy Tang) and her boyfriend Edward Yan (Chu Pak-hong), who work in a bridal shop but have yet to marry themselves. Fong is wondering whether to end the relationship when Edward suddenly proposes. That’s when Fong finds out she’s still technically in a sham marriage with Yang Shuwei (Jin Kaijie) from mainland China. A mosaic of small, telling moments, My Prince Edward builds an intricate world of lost dreams and disappointments. Fong seems to drift passively through life, Edward has mommy issues, and Yang can’t commit to any of his plans. Yet Wong’s humor and sympathy for her characters make them people to care about. – Daniel E. (full interview)

When his brain was firing on all comedic cylinders—on stage performing standup or improvising in front of the camera—Robin Williams described an experience akin to being possessed. “When it works, it’s great—and when it doesn’t, it’s painful,” he said, solemnly reflecting on his irreplicable comedic genius. Those observations, taken from an old television interview, make up the prologue to Robin’s Wish, a lean, intimate, and slightly incomplete documentary about Williams’ final years and months. They foreshadow the devastating cranial spiral at the heart of the comedian’s tragic ending. – Jake K. (full review)

I had the pleasure of experiencing Béla Tarr’s gloriously grueling yet entrancing masterwork Sátántangó in a single day in a theater last year, and now the new restoration has arrived on The Criterion Channel. Before you embark, I’ll leave you with an inspirational quote from our recent interview with the director: “Go and shoot something with your phone and find your own way and that’s all. Who cares? Fuck off this shitty film industry. Fuck all those guys. Fuck off the market. Because now you have a different way and the technology is different. Everything is different. You don’t need money now to do the perfect movie. Let’s say “perfect motion picture.” For me, this digital stuff is not the film. It is a motion picture, but different. You can express yourself. You can express your emotions. You can say everything.”

The Way Back (Gavin O’Connor)

It’s a small detail, the way Ben Affleck opens a can of beer, but it’s impossible to ignore. Before he sets one down on a table, he pops the top using just his right thumb and index finger, then abruptly slugs it back. He does it so fluidly, so casually, as if he’s been doing this forever. Maybe at one point in his life, it was a party trick, a muted expression of masculinity. Now it’s just the most efficient way to get alcohol to his throat. This drunken dexterity takes place early in The Way Back, director Gavin O’Connor’s throwback sports drama that never forgets that it’s really an intimate character study of a man in crisis. – Jake K. (full review)