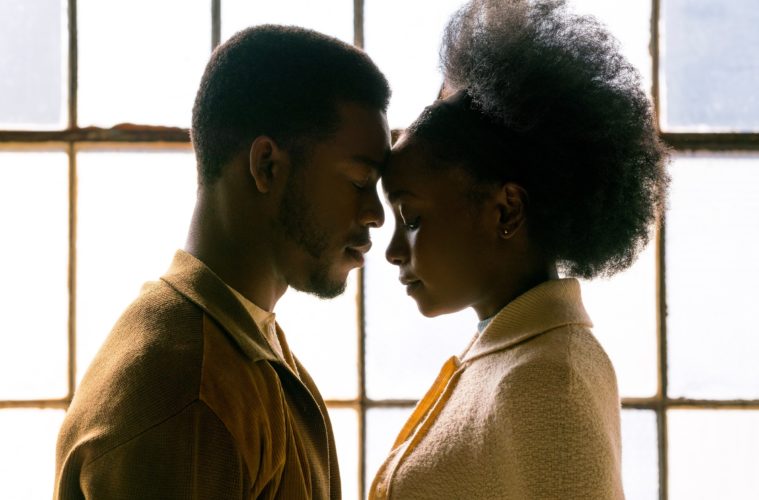 New to Streaming: ‘If Beale Street Could Talk,’ ‘They Shall Not Grow Old,’ ‘Triple Frontier’ & More

One of the very best documentaries we saw on the festival circuit last year was Combat Obscura, which premiered at last year’s True/False Film Festival. The film comes from Miles Lagoze, who took footage he shot as a Marine combat camera operator in Afghanistan, as well as videos taken by his comrades, and edited it all into a brisk, intense hour of war vignettes. Dan Schindel said in his review, “Combat Obscura sinks deeper into darkness as it progresses, as the utter pointlessness and futility of America’s presence in Afghanistan overwhelms the troops. While we are initially invited to empathize with the Marines, their jokey comradery gives way to vicious menace. There is no apparent mission, just a loop of injuries and reprisals against an amorphous outside threat.”

Daughter of Mine (Laura Bispuri)

Laura Bispuri’s follow-up to her captivating transgender-themed debut Sworn Virgin is a wrenching, heartfelt drama with an unfussy social commentary that again seeks a new definition of womanhood. Daughter of Mine, led by a trio of female actors–Valeria Golino and Alba Rorwacher, and an equally headstrong first-timer, Sara Casu–contemplates the nature of motherhood in a variety of forms: adoption and the absence of a birth mother, the lack of father figures, and even the effect of an exclusively female family unit. Why is society obsessed with balance in nuclear families about gender–mother and father–rather than in more complex sensibilities? – Ed F. (full review)

A great double feature with Mission: Impossible – Fallout, Josh Lewis said, “Free Solo features the first climber to ever ascend Yosemite National Park’s El Capitan without the safety of a rope.” He added, “Alex risks his life purely out of a selfish, abstract desire for personal stimulation which, though still technically amazing to watch, leaves a bit ickier of a sensation as you watch him hurt the people around him on his quest for some sort of vague transcendence.”

Horse Money is a different beast than Ossos, In Vanda’s Room, and Colossal Youth, the designated Fontainhas trilogy to which Horse Money provides a sort of epigraph. The film is most explicit with its interest in history, as it dramatizes the past extensively; but instead of focusing on a community, director Pedro Costa imparts allegorical and communal significance on an individual. As such, those bored by previous Costa films will find this is an entry point and a more streamlined approach. For all its hallucinatory and temporal digressions, it has a relative clarity that even allows newcomers to enter. At the same time, Costa’s thematic focus is sharper than ever, granting the story the same allegorical potency of previous films while also offering critiques of Eurozone neoliberalism through increasingly surrealist devices. – Forrest C.

Comparing a director’s latest film to his or her previous effort is almost always unwise, or at least, a bit foolish. When both films are extraordinary achievements, however, pondering the works in tandem seems fruitful. This is certainly true when looking at Barry Jenkins‘ If Beale Street Could Talk and his previous film Moonlight. The latter deservedly took home an Oscar for Best Picture, and heralded Jenkins as a filmmaker whose empathetic touch knows no bounds. Now comes his James Baldwin adaptation, which reaches the same magnificent emotional register as Moonlight. Jenkins has written and directed an exquisite, timeless film about a place and historical period—Harlem in the 1970s—that feels painfully connected to the present. It is a film both tender and tough, with a time, a place, and a story to lose oneself in. Sublime in its depiction of an emotional connection and subtle in its layers of systematic oppression, Beale Street is a major work from a filmmaker whose gifts are clearly boundless. – Chris S.

The most heart-stopping, suspenseful moment in 2018 cinema is also one of the quietest. It occurs near the end of Hirokazu Kore-eda’s Palme d’Or-winning drama Shoplifters. A secret is revealed that shakes the foundations of all we’ve seen before, and leads the audience to rethink how this offbeat, poverty-stricken family of shoplifters should be viewed. Kore-eda, the director of Like Father, Like Son and After the Storm, excels at this type of emotional detonation. With Shoplifters, he has made his most devastatingly powerful film to date. – Chris S.

They Shall Not Grow Old (Peter Jackson)

Peter Jackson reinvents the wheel of the typically austere archival-footage genre in this absorbing salute to everyman troops of the First World War. Plundering the archives of London’s Imperial War Museum, which commissioned the film to commemorate the centenary of the armistice, he finds an outstanding array of images that encapsulate daily life for troops on the Western Front. The happy-go-lucky pluck of Tommies contrasts with rotting food, open latrines, and dreaded trench foot. But Jackson’s coup de cinema is to give these silent 100-year-old images sound and color, assisted by a team of lip-readers and voice actors that creates a dazzling, deeply humane spectacle. Overladen with moving testimony of those who came home–often to friends and family who refused to believe how bad the Great War really was–They Shall Not Grow Old is a document that expresses that it’s the truth of soldiers’ personal stories, not dates or historical events, through which we shall remember them. – Ed F.

Five Special Forces veterans unleash U.S. fury at the border area of Argentina, Paraguay, and Brazil, otherwise known as the Triple Frontier, in J.C. Chandor’s entertaining if familiar morality tale. Checking off a few boxes in the Netflix algorithm and no doubt relevant to our cartel age, the story is one part getting the band back together, one part Donald Rumsfeldian get-rich-quick scheme, and one part The Treasure of Sierra Madre. If you’re looking for more nuanced artistic fare, add Happy as Lazzaro to your queue. Triple Frontier is at its best when it is simply five guys bro-ing out with machine guns. How compelling that sounds to a viewer will be a strong indicator of whether it’s worth clicking play. – Josh E. (full review)

Satire is always in flux, but never has exaggerated comedy felt more tired than living in a time when absurdity feels unbearably tame compared to the reality of the modern world. Yet, here comes Adam McKay to re-litigate what may as well be ancient history and summon a nation’s hibernating rage to unleash on the last few decades of political boondoggles and particularly one of our pre-eminent boogeyman: Dick Cheney. – Michael S. (full review)

Still the Water
Journey to the Shore
Most Beautiful Island
Half-Life In Fukushima
4:44 Last Day On Earth
King of New York