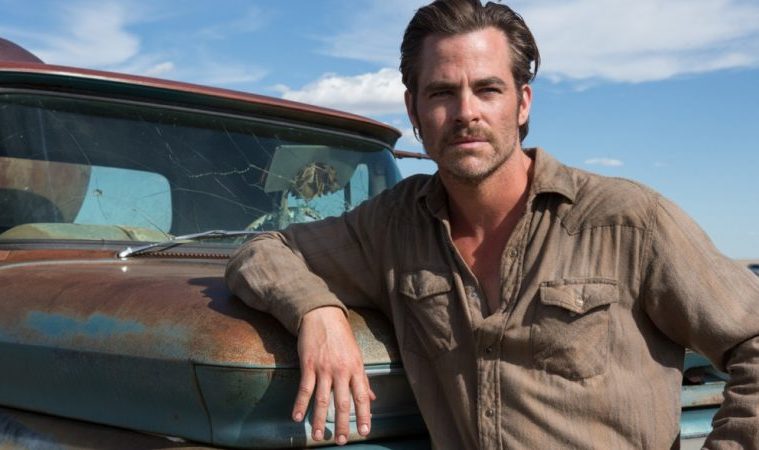 Paul Schrader might want to consider expanding his thematic scope a little. Decade after decade, film after film, regardless of whether he’s been writing scripts for others (Martin Scorsese, first and foremost), or sitting in the director’s chair himself, the erstwhile Calvinist has come back to the theme of redemption with obstinate persistence. His protagonists are almost always men, they’re almost always amoral sinners of some ilk or other, and they almost always yearn to break out of the wicked, vicious cycles on which their lives have been relentlessly spinning. Not an unfruitful theme by any means, considering it has given rise to many a masterpiece across the history of cinema – of all arts, really – but Dog Eat Dog suggests that, as far his own filmmaking is concerned, Schrader may have exhausted its potential. – Giovanni M.C. (full review)

Twisting the “blind warrior” trope into a simple but possibility-laden premise, Don’t Breathe makes for a very fun little thriller, though it also veers into being exceptionally stupid or eye-rollingly gross (although admittedly, it is sometimes more than one of these things simultaneously). Since mainstream horror is this way almost as a rule, I suppose it’s redundant to call the movie out on this – especially since no one cares about stupidity and grossness is generally a draw (though I refer more to thematic grossness than anything squeam-inducing happening onscreen; more on that in a bit). Since that just leaves the fun, this review is technically a ringing endorsement! – Dan S. (full review)

The name David Spade is not usually synonymous with “best,” but, even as a Joe Dirt apologist, The Emperor’s New Groove will certainly go down as his best film — pending some sort of Spadeaisance. Mark Dindal‘s animation went through so many changes that an entire documentary was dedicated to its troubles, but it’s proof that even the most contentious production can yield bountiful results. This madcap, joke-a-second adventure has so many non sequiturs and seemingly drug-fueled asides that it seems like a gem compared to most of the sanded-down studio output. It was released about a year before Chuck Jones died; we’re not sure if was able to see it, but he can rest proudly knowing both his animation style and strand of humor were greatly honored here. – Jordan Raup

David McKenzie’s Hell or High Water is a gritty, darkly humorous, and fiendishly violent neo-western. Or, in other words, the type of film you might expect from a non-American director working in the United States. It borrows heavily from the Coen brothers and Cormac McCarthy, but it does so very well, thanks largely to a terrific script from Taylor Sheridan, the red-hot actor-turned-screenwriter who broke onto the scene last year with Sicario. It might usher in a new chapter of the Cambridge-born director’s career having come back strong in 2013 directing an inspired Jack O’Connell in Starred Up. Indeed, this relocation to the States should go some way to explaining an enjoyably plastic impression of West Texas, where T-bone steaks are served only medium rare and people say things like, “Sideways don’t wanna meet me. Unless it wants to find itself at the short end of a long street.” Or something like that. – Rory O. (full review)

Though writer-director-editor Trey Edward Shults hardly turns the dark family drama genre on its head, Krisha compensates with exceptional acting and an infectious atmosphere of dread. If the bare bones of cliché are there simply so that artists can pack on their own meat, then Krisha Fairchild surely makes the most of the provided opportunity. Though I increasingly grow perturbed over “raw” performance in modern film that is maybe / sort of just misery porn, her three-legged-dog embodiment of Krisha’s mounting desperation is undeniably riveting. She attempts to tamp down her neuroses the same way she keeps her medications in a lockbox, but her every attempt to reach out to estranged siblings and in-laws and such is hobbled by the fear (or maybe resigned knowledge) that she will be rebuffed. – Dan S. (full review)

While there’s a distinct novelty to all of their work — whether it’s based on books by Neil Gaiman or Alan Snow — Laika have returned to genuinely original material with their fourth animation. This time around, the company’s CEO and lead animator on their first trio of films, Travis Knight, makes his directorial debut with Kubo and the Two Strings. Steeped in the mythology and fables of Japanese history, it’s another fantastical adventure from the studio with innovation and awe at every turn, despite a story that could benefit from having more specificity and focus. – Jordan R. (full review)

Monster movies are tough because there’s a desire to go full bore into cat and mouse chaos or metaphorical symbolism. Things get muddled when both are attempted at once without the correct balance. I’m not saying picking one or the other always spells success — writer/director Bryan Bertino‘s debut The Strangers ultimately failed at mysterious chaos despite some effective scares — but it does often allow a filmmaker the opportunity to focus and reinforce his/her idea with less chance of getting distracted. Bertino’s third film The Monster, however, suffers the same fate within the other camp. This one utilizes metaphor and flashback to depict a volatile mother/daughter relationship wherein the “monster” proves an embodiment of their worst selves. Unfortunately, this idea is never dug into further than its surface conceit. – Jared M. (full review)

A Monster with a Thousand Heads
The Sea of Trees (review)
Steve McQueen: The Man & Le Mans