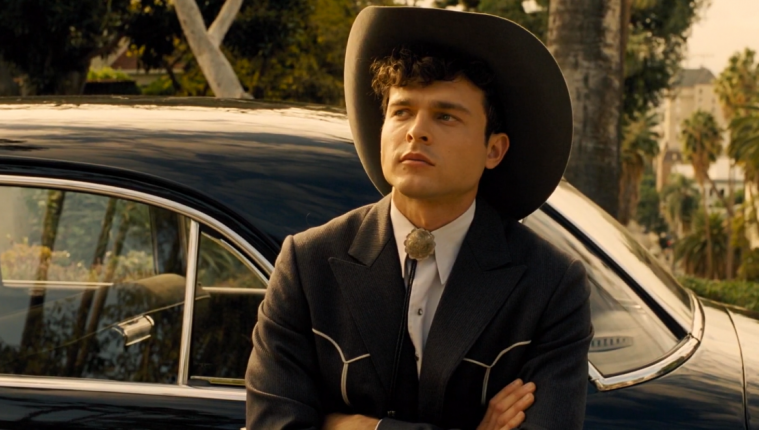 New to Streaming: ‘Hail, Caesar!,’ ‘The Accountant,’ ‘Denial,’ and More

That The Accountant is written by Bill Dubuque, the same man who gave us The Judge, makes so much sense, and about halfway through it becomes clear how far this film’s reach will exceed its grasp. Similar to the aforementioned Robert Downey Jr.-starrer from a couple of years back, The Accountant, starring Ben Affleck and directed by Gavin O’Connor, wants to be about everything. This type of movie — the adult drama — feels more comfortable on the small screen these days, with more time to expand and garner a niche audience. On the big screen, there’s more at stake and a smaller window for success. The result, then, appears to be a tiny sampling of mid-sized pictures each year that often try to do far too much in an effort to appease everyone. – Dan M. (full review)

In seeking to create an expansive multi-film universe, Marvel has managed to both bless and curse each of its subsequent films. The blessing comes in the form of a character development that takes place over the course of films and phases instead of scenes and acts. Characters who we met eight years ago have grown and changed before our eyes, and the history we share with them allows for newer films to take narrative shortcuts when it comes to filling in their backstory. Lines of dialogue and certain actions can carry the weight of nearly a decade of audience knowledge and understanding. This near-serialization is a powerful narrative tool for directors and writers who know how to use it. The curse, however, stems from this same root issue: with so much history to the story, it can be hard for dilettantes or less-invested filmgoers to grasp the greater depth of what is going on in any given film. Television shows can prime an audience’s memory with “previously on” sections that air before an episode. A film, however, does not usually have such a luxury. – Brian R. (full review)

There’s often a genuine dramatic pull to films in the courtroom drama genre, yet they’ve suffered the last few decades because of the conventional tropes that can come with it. How do you reinvent such a genre to become less predictable and less by-the-books? While Denial doesn’t do anything new on a technical side, it is fully aware of its gripping plot, one that welcomely avoids pushing its inherent clichés to the forefront of its story. – J. Ruimy (full review)

Gleason is a decently effective sob-extraction mechanism, a nexus where sports fans and documentary enthusiasts alike can join to vent some ragged emotion. The film, which follows former football player Steve Gleason over the course of five years or so, during which he simultaneously succumbs to Lou Gehrig’s disease and experiences the joys of new fatherhood, is full of all the devastating and gladdening life beats you’d expect from both situations. And yet I was mostly unmoved. – Dan S. (full review)

Dozens of films try to copy the Coens every year, and yet no one ever comes close. They have developed such a delicate, fluid witches’ brew of talent behind and in front of the camera, and a writing style that’s consistently funny and melancholy (often at the same time), that it seems impossible to replicate. Hail, Caesar! is a film that could only ever be made by the Coens. Just as the brothers themselves love to present dialectics about the duality of triviality and seriousness, so, too, does Hail, Caesar! constantly skate back and forth between feeling slight and monumental. – Michael S. (full review)