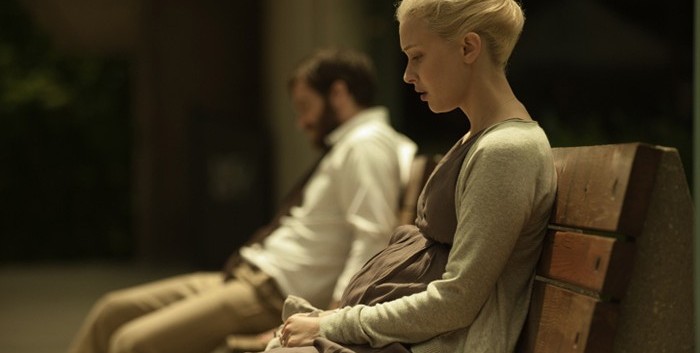 92 minutes of taut physical activity, morbid humor, and gruesome violence, Jeremy Saulnier’s Blue Ruin is one of the year’s leanest and most impressive killing machines. Saulnier begins his film with quiet, character-building chapters, but once he sets his resourceful, pleasingly narrow plot in motion, Blue Ruin becomes nothing more than a series of sharp, vicious set-pieces founded on Nash Edgerton-like bursts of violence. The film is a good example of the kind of genre treat that gets points for disposable ambition: Saulnier’s technique is so controlled, and his sequence staging so clever, that nothing else really matters. – Danny K. (full review)

Point in fact, very little is necessary about Fredrik Bond‘s mostly dreadful feature debut Charlie Countryman. Starring Shia LaBeouf as the titular Charlie and Evan Rachel Wood as the young woman from Bucarest who steals his heart, Countryman is a visually and audibly distracted aggravation of a movie, constantly searching for a reason to keep going and constantly failing to make a valid case for itself. The basic gist of this disaster is that Charlie’s mom has just died, so he decides to go to Bucharest to “find himself.” In the process, he falls in love with a mysterious woman named Gabi (Rachel Wood) who’s still married to an abusive gangster named Nigel (Mads Mikkelsen). What follows is some version of the star-crossed lover story, with a lot of drugs and nudity and Sigur Ros and M83 music. – Dan M. (full review) One has to give props to the multi-talented Joseph Gordon-Levitt for pulling off something special with his directorial debut Don Jon’s Addiction. In addition to crafting the script and starring as the titular character, JGL does an effortless job in making the experience both entertaining and oddly poignant. A cross between Jersey Shore and Shame makes for an odd combination on the surface, but it perfectly summarizes the bizarre balance that this new director is able to achieve.  Complete with definite traces of the various accomplished filmmakers Levitt has worked with, he particularly uses the fast editing montage style of Rian Johnson (with whom Gordon-Levitt has worked with on all his films thus far). The cinematic trifecta of writing, directing and acting seems like an impossible task to pull off, but in the capable hands of JGL it all seems effortless. – Raffi A. (full review)

When one reads a synopsis for the late Nobel Prize-winning author José Saramago’s The Doubleyou’ll find a very straightforward tale of doppelgangers. There’s the alpha, the pushover, and the innocent victims caught between; the insanity of seeing an exact replica in the flesh paired with the infinite possibilities such a discovery could mean. One is married; one has a girlfriend. The latter injects himself into the former’s world through curiosity, the first into the second’s purely for unfounded revenge and sexual desire. They exist together without looking deeper into what they are, pushing forward along a path of self-destruction you can see coming a mile away, and yet still find yourself captivated through the actions of those left from the wreckage. Denis Villeneuve’sEnemy (adapted by Javier Gullón) looks to amplify it further. – Jared M. (full review)

Note: Listen to our discussion of the film, including the ending, here. Before he leads X-Men: Days of Future Past, one can see James McAvoy getting proper filthy as a corrupt policeman in this Irvine Welsh (author of Trainspotting) adaptation. Directed by Jon S. Baird, who helmed Cass and was a producer on Green Street Hooligans, the film is now available on demand before a theatrical release next month, so if you are looking for something rude and crude this weekend, we can’t think of anything better. – Jordan R. In November 2012, a film called Gambit, starring Colin Firth and Cameron Diaz, was released into theaters in Britain. It grossed less than $2 million in the UK and just over $10 million worldwide. However, despite its two starry leads and a script courtesy of the Coen brothers (yes,those Coen brothers), it was picked up by CBS Films, who have been holding on to it all this time. Now, a year and a half later, Gambit is quietly getting a release to those living stateside…on VOD, with a minuscule theatrical run as a courtesy. – Dan M. (full review)

With so many writers and directors keen to give us a look at a future ravaged by an impending war between man and his creations, it’s always a breath of fresh air when someone decides to show the potential of an evolutionary leap towards harmony. That’s not to say Caradog W. James‘ film The Machine is devoid of violent carnage at the hands of bloodthirsty militaristic bureaucrats sitting behind desks as their employed scientists crack the code of invincible killers beholden to their every whim. Any bid for peace is born from war whether one that decimates soldiers until truce becomes a final option or one where the threat of worldwide annihilation manifests a tenuous stalemate of mutual salvation. As weaponry advances to nightmarish heights our question, “Can we control it?” must change to “Can we trust it?” – Jared M. (full review) It’s August 14th in Pico Mundo, CA and the world is about to end. Well, not the world per se, but the community young Odd Thomas (Anton Yelchin) resides. Sort of. He sees ghosts of dead people with unfinished business, a gift passed down by his crazy mother wielded in secret from everyone besides Police Chief Porter (Willem Dafoe) and girlfriend Stormy (Addison Timlin). But while it allows him to help the tragic, helpless souls wandering around him to find peace and justice, it also saddles him with the evil, slithering demons called bodachs who hover around those about to inflict carnage. There’s a swarm of them today surrounding the haplessly awkward “Fungus” Bob (Shuler Hensley) and their path through town is about to lead Odd towards potential mass murder that only he has the power to stop. – Jared M. (full review)