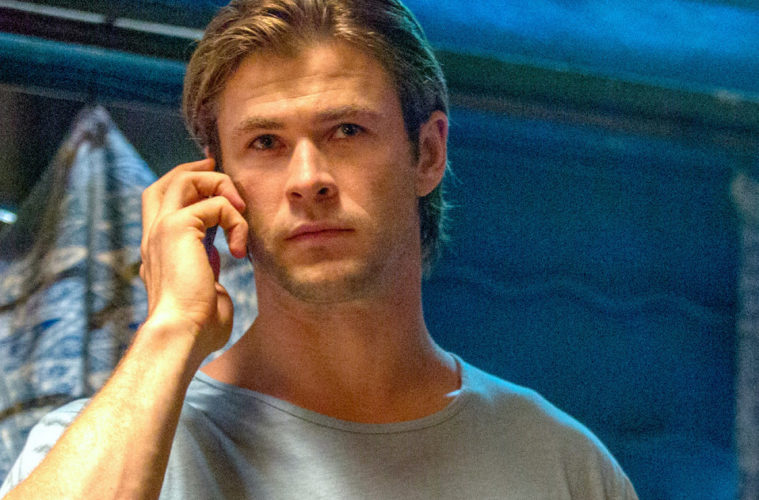 New to Streaming: ‘Blackhat,’ ‘What We Do in the Shadows,’ ‘Maggie,’ ‘Montage of Heck,’ and More Although it came and went faster than a hacker can execute a line of code, Michael Mann‘s Blackhat remains one of the best-directed films of the year thus far. A visceral thriller that admittedly could have used another pass or two on the script, we showered it with some love on our official podcast. So, if you passed by it in January, now makes for a perfect time to give it a look, as it’s newly available to stream. – Jordan R. There is something odd about the way Hilary Swank moves in The Homesman, the second film directed by Tommy Lee Jones after The Three Burials of Melquiades Estrada. Part of it is perhaps the actress is in period detail costumes, as the film takes place in the Nebraska territory in the mid-19th century, and may not be used to the clothes. But more than that, a lot of her gestures come off as artificial, as if the actress is mimicking the movements without actually becoming them. It’s essentially a metaphor for Jones’s approach to this hokey and disappointing Western, which will necessarily be compared to the work of Clint Eastwood. This odd tale of Women in the West includes many of the signifiers we’re used to, but lacks all the interior meaning that has defined the latter director’s work. – Peter L. (full review)

Sometimes filmgoers simply want to be entertained and often don’t mind when the means of that fun skews towards the headier side of things—no matter how implausible, campy, or convenient that direction proves. Jupiter Ascending isn’t trying to sell itself as some grand magnum opus with towering ambitions; it’s merely a new space opera from the blockbuster sci-fi duo Wachowski Starship (Andy and Lana). They were commissioned by the studio to write exactly that in the hopes of franchise viability, particularly the sort of story we don’t often see being told on the big screen nowadays. Regardless of if there’s any future here, I’m glad for this single adventure within its world. And while the film does not take itself seriously, it is a serious film. – Jared M. (full review) At a certain point it becomes impossible to see a great artist as a person. Rarely do we think about Van Gogh as a toddler. Try to conceptualize Martin Scorsese as a ten-year-old, on the cusp of coming to grips with the impulse to create. And not just as a “once and future artist,” but as a living breathing human being existing in an ecosystem, a community. Citizen of a town or city, son to a mother and father, student in a school of people who, at the time, all see themselves on an equal footing, all equally as a ignorant to their futures, be it filled with success or larded with failure. No person comes into this world knowing they are made for greatness. For the first few months, even Beyonce had no idea who or what she was. Yet we are all shaped by our highs and lows, the instantaneous and the perpetual, all leading us to our future. – Brian R. full review)

A barren post-apocalyptic landscape with spare living humans and dilapidated cities seems to be the prerequisite for the standard zombie feature. It’s clear from the start that Henry Hobson‘s directorial debut, Maggie, has quite different interests. The emotionally dark drama favors a brooding mood and character-centered relationships over jump scares and gore-filled action. While it can often feel formally shapeless, a subdued performance from Arnold Schwarzenegger and an emotionally resonant leading turn from Abigail Breslin make Maggie a somewhat worthwhile genre offering. – Jordan R. (full review)

It’s no great surprise that a screen legend’s latest behind-the-camera effort would result in one of 2014′s finest actor showcases. Miss Julie, as directed by Liv Ullmann, takes place almost entirely in one home — and about 80% of its time in that home is centered in a single room — and often consists of no more than Jessica Chastain and Colin Farrell attempting to one-up each other in tantalizing games of cat and mouse. Someone who boasts a decades-long familiarity with dialogue-heavy movies can orchestrate strong performances? Again: no surprise. But while you might think this, alone, would make for a worthwhile time, her adaptation is also a triumph of staging and cutting, where Ullmann translates August Strindberg‘s classic play with a visual intelligence that makes the leads’ sparring as electrifying as anything that hit multiplexes this year. – Nick N.

What seems to be truly overlooked about Shyamalan’s second feature, still his most popular, are the particulars of Bruce Willis’ role as child psychiatrist Malcolm Crowe — in short, how he’s essentially a bullshit artist. The film’s opening, unanimously considered the “set up the twist” part, actually reveals something much different and far more important. Consider that Crowe is being rewarded for work that we, the audience, never actually see any of. As he and his wife’s reflection are cast in a trophy, they drink champagne and he basks in a seemingly unearned glory. Yet, when confronted with a former patient who wants “what was promised” to him, he instantly launches into an act — calming his voice, faux-sympathetically arching his eyes and asserting him that he was “very smart and unusually compassionate.” It’s a facileness to which Donnie Wahlberg‘s character is instantly used to, and violently reacts against. – Ethan V. (full review)

Welcome to Me (Shira Piven) There’s a great reference in Welcome to Me about Cindy Sherman that many may gloss over. Director Shira Piven and screenwriter Eliot Laurence made mention to Network and The Truman Show during their Q&A after my TIFF screening, but I don’t think such comparisons hold a candle to Sherman’s photography, challenging audiences with staged depictions of women in society and the media. In them the artist made herself up to be the subject rather than a model or community figure aligned with her concept. The film’s lead character Alice (Kristen Wiig) does a similar thing with mental illness. Throwing taboo to the wind for a portrayal both impossible to laugh at and easy to laugh with, Wiig gives us a sad, broken soul caught in the throes of an emotional tailspin on the cusp of crashing and burning. – Jared M. (full review)

What We Do in the Shadows (Jemaine Clement and Taika Waititi)

As of late, there seems to be no sub-genre more worn out in Hollywood than that of the vampire. Thankfully, a pair of New Zealand’s finest comedic talents are here to breath new life into the blood-sucking mythology with the vampire mockumentary What We Do in the Shadows. Sporting a Real World-esque approach, we’re introduced to our main quartet, made up of Viago, the tidy 879-year-old vampire that’s the ringleader of the group (Taika Waititi, also co-director); Vladislav, a suave, once-feared 862-year-old vampire (Jemaine Clement, co-director as well); Deacon, a 183-year-old vampire with no work ethic (Jonathan Brugh); and Peter, the decrepit, 8,000 year-old (Ben Fransham). – Jordan R. (full review)

The spirit of Bergman, and those of Chekhov and Tarkovsky, hovers watchfully over Nuri Bilge Ceylan’s latest Turkish epic. Following the long, winding, but endlessly rewarding Once Upon a Time in Anatolia, Ceylan has returned with another massive yet patient exploration of human virtue and frailty, tied inextricably to the rugged Anatolian countryside. Within this swirling snow-globe, he’s honed his craft to a much more accessible — and ultimately emotionally revealing — experience, revolving around some of the most illuminating visual portraiture we’ve seen onscreen. Some movies happen to feature conversations; Winter Sleep is chained to them. But that’s a gift, not a prison sentence. Even the craggy silence has something to say in a Ceylan film. – Nathan B.