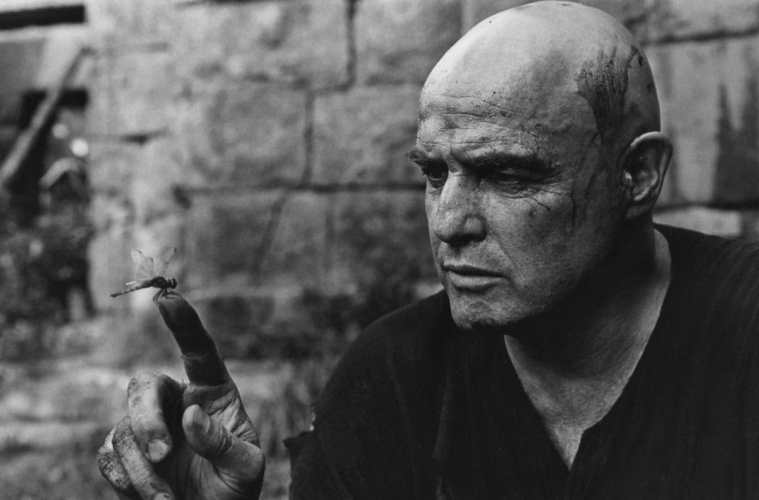 Aside from a couple of films he made about a certain crime family, Francis Ford Coppola‘s crowning achievement is his extraordinary look at the Vietnam War with Apocalypse Now. Following Ben Willard’s (Martin Sheen) journey to track down a presumably insane Colonel named Walter Kurtz (Marlon Brando), it’s a towering work due to not only it’s epic scale, but its deep exploration into the darkest recesses of one’s soul. Arriving on Netflix this week in both its original form and the Redux version — which adds about 50 minutes — we recommend giving the first version a spin before you head to the divisive additional cut. – Jordan R.

Where to Stream: Netflix (or the Redux version here) To disclose my feelings on Thirty Seconds to Mars off the bat, I’m a huge fan of the band. When “Capricorn (A Brand New Name)” hit the radio waves, I was sold—not yet aware Jared Leto was the frontman or that the music wasn’t just another lame attempt by an actor to delve into another industry he/she knew nothing about. I torrented the disc, played it heavily on my iPod, and eventually purchased it as my way of saying they earned my support. I attended an Our Lady Peace concert solely to hear them open (bad acoustics made the experience less than memorable), gave them a second shot during their headlining return (a killer show), and went once more years later when touring their third album This is War. Despite all that, I’m still pretty confident Artifact‘s success goes beyond fan service. – Jared M. (full review)

Having embarked on a mission to watch the rest of the Best Picture winners earlier this year I hadn’t caught up on, one I initially missed was this 1990 directorial debut from Kevin Costner. Perhaps against my better judgment I went with the 236-minute extended cut and although I don’t have anything to compare it, the experience was one of the better ones compared to the rest of my journey. Like many Best Picture winners before it, the sweeping epic’s production design is to be admired, as is the central journey of our hero, even if it’s a bit overwrought. If you’ve avoided the film like I had until now, it’s worth a view, which is now just a click away on Netflix. – Jordan R.

A year before his highly-acclaimed Boogie Nights hit theaters, Paul Thomas Anderson gave us his directorial debut, the noir drama Hard Eight. While it may not include the vast ensemble of the features that would follow, the then-budding director proved his knack for well-written, captivating characters as we follow Sydney (Philip Baker Hall) and the beginning (and continuation) of  business relationship he begins with John (John C. Reilly). If you’re a fan of the rest of PTA’s work but have yet to seek out his debut, it comes highly recommended on Netflix Instant, and a perfect hold-over until next year’s Inherent Vice. – Jordan R.

Kick-Ass 2 has arrived on the scene, and how you take it may depend largely on how much you adore the original movie. Although director Jeff Wadlow is never as resourceful or artistically nuanced in his staging of the story, I found myself connecting with the characters, finally understanding Lizewski’s yearning to do the right thing, real-life be damned, and sympathizing with Hit Girl, who tries to keep a promise to her deceased dad and spends most of the movie contending with high-school bitch elite. – Nathan B. (full review)

There’s no question that Luc Besson has a grasp on stylish thrillers. The French writer and director can claim responsibility for a few exceptional titles in this category, including La Femme Nikita, The Professional, and, more recently, the beatdown fest Taken. After decades of producing action-packed cinema – a job that he’ll continue to do, based on his connection to a number of planned Transporter sequels – he ventures into comedy with The Family, an experiment for which he appears poorly equipped. – Amanda W. (full review)

While Paul Thomas Anderson‘s Boogie Nights took an enthralling look inside the porn industry, Lovelace is its duller, more conventional cousin. After tackling the Beat Generation with their Howl biopic, directors Rob Epstein and Jeffrey Friedman have returned to capture the life of Linda Lovelace, star of the the 1972 pornographic film Deep Throat. One of the must successful films of its kind, grossing the contentious number of around $600 million, it marked a mainstream breakthrough for the industry and catapulted its star to the spotlight. But as we we’ve learned time and time again, fame has a price. – Jordan R. (full review)

In Carlos Reygadas‘ Post Tenebras Lux, a Latin phrase which translates roughly to “light after darkness,” the Mexican filmmaker continues to channel his trademark cerebral cinematic tendencies into a haunting parable about life and death, Heaven and Hell and the nature of our dreams. Similarly surreal to Leos Carax’s fellow Cannes competitor Holy Motors but completely different in tone and style, Reygadas attempts to infuse a deceptively simple narrative with metaphorical subtext that serves as an insight into the characters’ everyday struggles. Relying heavily on powerful imagery, Reygadas elicits a mood of unpredictably that touches upon themes found in his past films. For some it may be too bizarre, meandering and disturbing to swallow, while those who approach with it an open mind will find some satisfying morsels of cinematic indulgence. – Raffi A. (full review)

Kieran Darcy-Smith’s Wish You Were Here arrives just in time to make you rethink that summer vacation to Cambodia. Co-written by and starring his real-life wife Felicity Price, Darcy-Smith’s Aussie mystery-thriller cashes in on middle-class traveling anxieties; intent on letting their hair down and catching some responsibility-free R&R, four adults head out from Sydney to the beach-town of Sihanoukville, and only three return. Staged as a gradually blossoming portrait of rotted morality and familial angst, Wish You Were Here is satisfyingly sinister thanks to Price and the ever-prolific Joel Edgerton as a couple haunted by the secrets they bring back with them. – Nathan B. (full review)