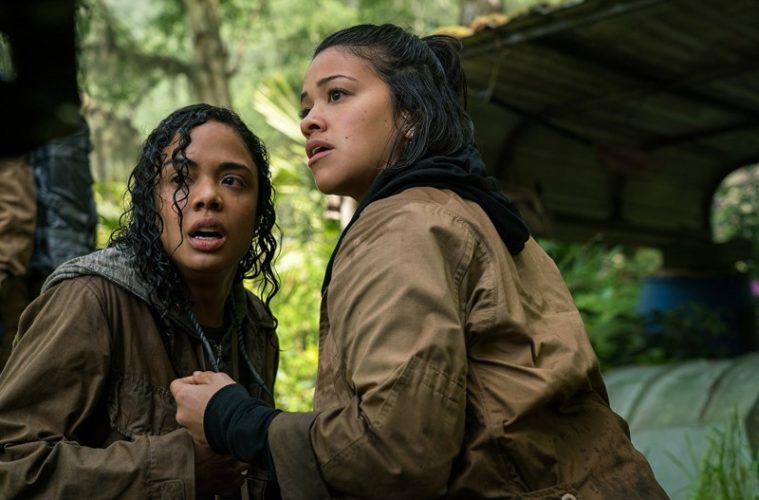 New to Streaming: ‘Annihilation,’ ‘A Fantastic Woman,’ ‘Thoroughbreds,’ and More

More terrifying than any creature Hollywood could dream up is the unraveling of one’s mind—the steady loss of a consciousness as defined by the memories, motivations, and knowledge built up from decades of experience and reflection. With Annihilation, Alex Garland’s beautiful, frightening follow-up to Ex Machina, he portrays this paralyzing sensation with a sense of vivid imagination, and also delivers a cadre of horrifying creatures to boot. – Jordan R. (full review)

A bolder more progressive awards season might have looked to Daniela Vega among Best Actress contenders, an event that would’ve hit front pages as the first time a transgender actress had been so considered. And Chilean Sebastián Lelio’s film can’t be faulted for not being upfront about sexuality. Unlike some of last year’s other great performances in LGBT movies – in Call Me By Your Name, God’s Own Country, for instance – Vega’s Maria doesn’t hide her sexuality, but sometimes she might want to. Despite a proud, passionate performance, Vega is able to deliver scenes of aching fragility, such as one devastating sequence when she’s casually assaulted at her boyfriend’s funeral by his own family. And somehow, every time, Maria gets back up again. Vega is, well, fantastic. – Ed F. (full review)

You wouldn’t be wrong to view the trailer for Gringo and think, “I’ve seen this before.” You wouldn’t be wrong to assume it gave away the entire plot either — mild-mannered American is used by his ruthless bosses to perform a dangerous job they refuse to attempt and is kidnapped by a Mexican cartel for his trouble. Will he survive the chaos? Will his bosses save him or extricate themselves from blame? Or will the hapless victim of an increasingly escalating ordeal somehow luck into an escape with or without an avenue towards revenge upon those who’ve done him so very wrong? It’s the same generic potential outcomes every movie with a similar conceit contains and yet the answer isn’t what will keep you sitting until the end. – Jared M. (full review)

It starts with bubbles. So many bubbles rising slowly in liquid as the opening credits in script font flash onscreen. And when the camera finally pans out to see what it’s been that’s mesmerized us so? A glass of water with an Alkaseltzer dropped in, of course. This is the humor director Bavo Defurne and his co-writers Jacques Boon and Yves Verbraeken infuse throughout their outside-the-box romance Souvenir. As it is the woman about to drink this concoction is hardly special: she lives alone, watches trivia game shows, and works at a pâté factory garnishing one pan after the next in blissful monotony and anonymity. Today is the day that all stops. – Jared M. (full review)

Thoroughbreds exhibits the best and worst of both indie thrillers and comedies, and seems pitched specifically to earn attention as a first feature from “an exciting new voice!” It’s confidently made with an eye for more than workmanlike style, it’s certainly able to conjure its own original world with an accompanying tone, and it brings forward some very fun performances. It’s also overly, sometimes gratingly affected – perhaps best showcased in how it’s divided into chapters (announced with ominous title cards) for no reason and with no coherence. It’s also much better on the comedy front than as a thriller, taking 90 minutes to arrive at the point which seems like it should be the halfway mark of a truly engaged thriller. – Dan S. (full review)