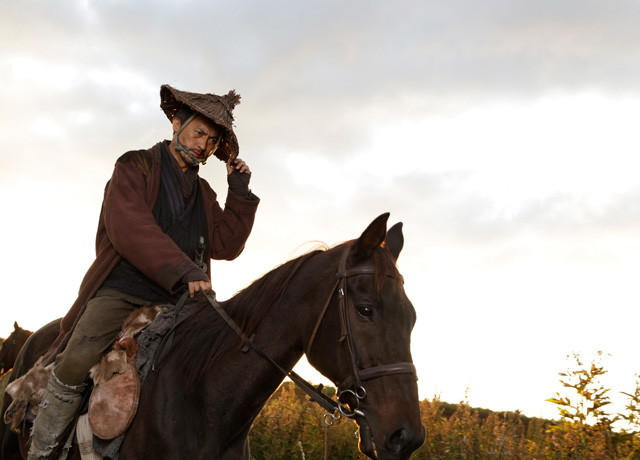 They both may feature some swordplay and are set for a release in Japanese theaters in the fall, but the Ken Watanabe-led remake of Unforgiven and Sono Sion‘s latest twisted work Why Don’t You Play In Hell? couldn’t be more different, as evidence in two new teaser trailers. First up, after working with Clint Eastwood on Letters from Iwo Jima, Watanabe has the lead role in WB Japan remake of his Oscar-winning hit. While this teaser doesn’t expand too greatly from our last look, this 1880-set story following Watanabe as a samurai with a tortured past looks to be a respectable update.

As for Sono Sion, perhaps best known for his four-hour Love Exposure or the bizarre Cold Fish, his latest work looks to be another violent affair. We got some details on the film last fall, which hinted at some “accidental” similarities with Quentin Tarantino‘s Kill Bill, but the film fifteen years ago, while Tarantino was just in his Jackie Brown phase.  Described as his “first pure entertainment blockbuster, check out both teasers above and below thanks to Twitch.

Muto (Kunimura) desperately wants to help his daughter Mitsuko (Nikaido) to star in a movie. Ikegami (Tsutsumi) has fallen in love with Mitsuko but he’s on more than just bad terms with her father. Getting dragged into this complicated situation are the movie director Hirata (Hasegawa) and some random man named Kouji (Hoshino).

Unforgiven and Why Don’t You Play In Hell? both arrive in Japan this September.