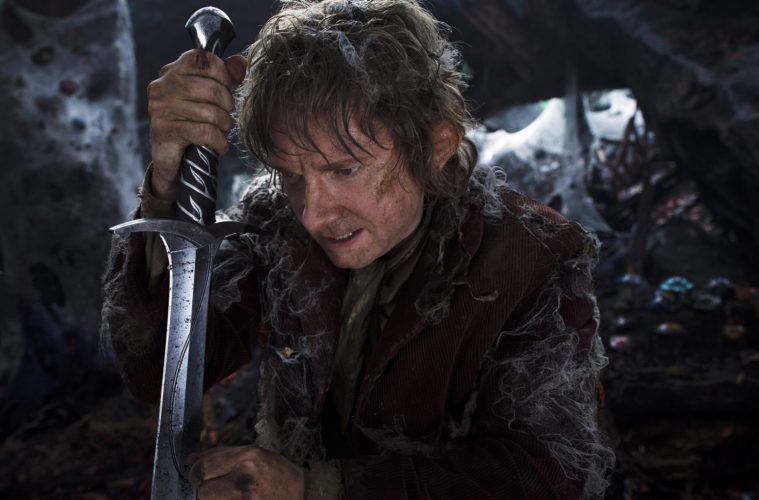 New Stills From ‘The Hobbit,’ ‘Expendables 2’ and ‘Abraham Lincoln’ Early this morning the LA Times revealed a new photo from Peter Jackson‘s The Hobbit: An Unexpected Journey. Featuring Martin Freeman as Bilbo Baggins, there is an interview coupled with the still where screenwriter Philippa Boyens said, “the story is very much a children’s story so deciding how to tell this was one of the first things we had to do. It is very distinctly different, tonally, to ‘Lord of the Rings’ until the very end and then you begin to see the world of Middle-earth opening up… but, having said that, we felt that it is the same audience [who will come to see the films] and then you start to worry because it is easy to repeat yourself. It is quite a similar journey, you’re going from the Shire to a large, dangerous mountain.” Lastly we have our first clear look at Benjamin Walker in Abraham Lincoln: Vampire Hunter, from producer Tim Burton and director Timur Bekmambetov. It isn’t Daniel Day-Lewis, but it is a good transformation. Also starring Mary Elizabeth Winstead, Alan Tudyk, Anthony Mackie and Dominic Cooper the film based on Seth Grahame-Smith‘s novel hits theaters June 22, 2012. Check it out below from the latest EW magazine. Which blockbuster are you most anticipating?