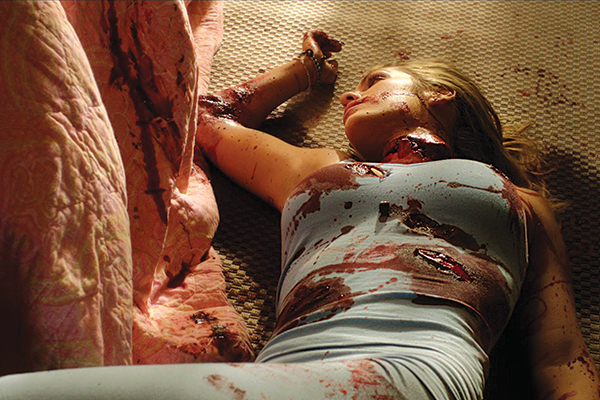 Revealed in a press release, the Bret Easton Ellis-scripted film is set for a July 29th premiere at NYC’s Film Society of Lincoln Center, ahead of an August 2nd VOD and theatrical bow. The night will feature a conversation between Schrader and moderator Kent Jones, who says, “on one level, The Canyons is a visually and tonally precise, acid-etched horror story of souls wandering through a hyper-materialist hell, with a fearless and, I think, stunning performance by Lindsay Lohan at its center; on another level, it’s an inspiration and an example to us all: it’s difficult for me to imagine another filmmaker of Paul Schrader’s stature diving into the world of crowd-sourced moviemaking, let alone with such fervor, dedication and rigor.”

As we look forward to checking this one out, we’ve also got a new selection of stills via Film Comment (which also features a great, extensive interview with Schrader on everything from this film to Taxi Driver to his distaste for The Last Stand). Bleeding Cool also ripped a batch, which are NSFW, so don’t say we didn’t warn you. Check them all out above and below. Are you looking forward to The Canyons?