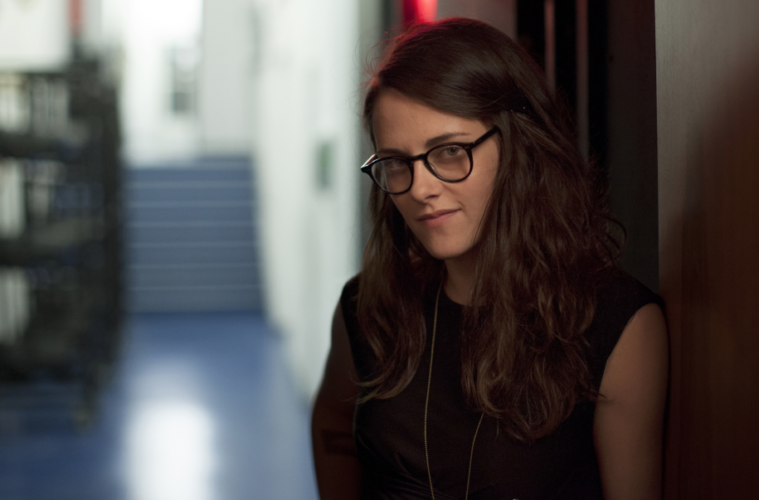 If you would have told us a few years ago, we would have been taken aback, but indeed, two of our most highly anticipated films of the year feature Kristen Stewart and Robert Pattinson, respectively, and they’ll likely be headed to Cannes. When it comes to the latter, the first trailer just dropped for his next collaboration with David Cronenberg, Maps to the Stars, and now we have new images from the former’s project.

After a first look, stills from Olivier Assayas‘ Something in the Air follow-up, Clouds of Sils Maria, have landed. Bringing together Juliette Binoche, Chloe Moretz, Stewart, and Johnny Flynn in a meta story of acting, the film will be landing in France come August, and hopefully in the United States soon after. Check out the images above and below, as well as a teaser poster and synopsis if you missed it, and return on Thursday when Cannes officially announces their line-up. At the peak of her international career, Maria Enders (Juliette Binoche) is asked to perform in a revival of the play that made her famous twenty years ago. But back then she played the role of Sigrid, an alluring young girl who disarms and eventually drives her boss Helena to suicide. Now she is being asked to step into the other role, that of the older Helena.

She departs with her assistant (Kristen Stewart) to rehearse in Sils Maria; a remote region of the Alps. A young Hollywood starlet with a penchant for scandal (Chloë Grace Moretz) is to take on the role of Sigrid, and Maria finds herself on the other side of the mirror, face to face with an ambiguously charming woman who is, in essence, an unsettling reflection of herself. Ahead of a Cannes premiere, expect a late 2014 or early 2015 U.S. release via IFC Films for  Clouds of Sils Maria.