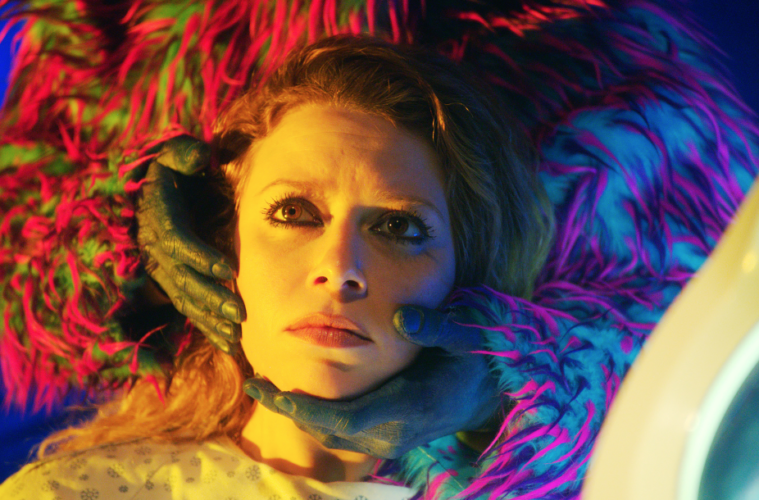 You may have had some rough nights of partying a little too hard, but they surely don’t compare to what Natasha Lyonne goes through in her latest film. Premiering as part of the Midnight section at Sundance Film Festival this past year, Danny Perez‘s Antibirth finds the actress experiencing immaculate conception that turns quite evil. Ahead of a release next month from IFC Midnight, the first trailer has now arrived.

We said in our review, “With a background in music videos and shorts, director Danny Perez strings together a few sequences that seem to work. The opening moments are punk rock trashy as is the film’s over-the-top sequences. Style creeps in over substance in the more surreal moments which, despite the presence of Lyonne and Sevigny, extend their reach. Mysterious figures follow Lou as she goes about her business, either imagined or perhaps real people lurking in the dead of winter in Michigan. It’s a nasty trip into an abyss, but this is not quite Requiem For A Dream, despite the visions that follow Lou’s crashes.”

Hard-drinking, pill-popping, bong-ripping Lou (Natasha Lyonne) and her best friend Sadie (Chloë Sevigny) spend their days adrift in a druggy haze. But one wild night out becomes a bad trip that never ends when Lou wakes up with symptoms of an unexplained, highly abnormal pregnancy. Who—or what—is growing inside her? As her due date approaches with alarming swiftness, the fear, paranoia, and conspiracy theories begin to pile up. Spiked with blasts of hallucinatory color, surreal shocks, and subversive comedy, the audacious feature debut from Danny Perez is a no-holds-barred descent into delirium.

Antibirth opens in theaters and on VOD on September 2.