Most Wanted Review: A Timely Drama About Uncovering Canadian Corruption 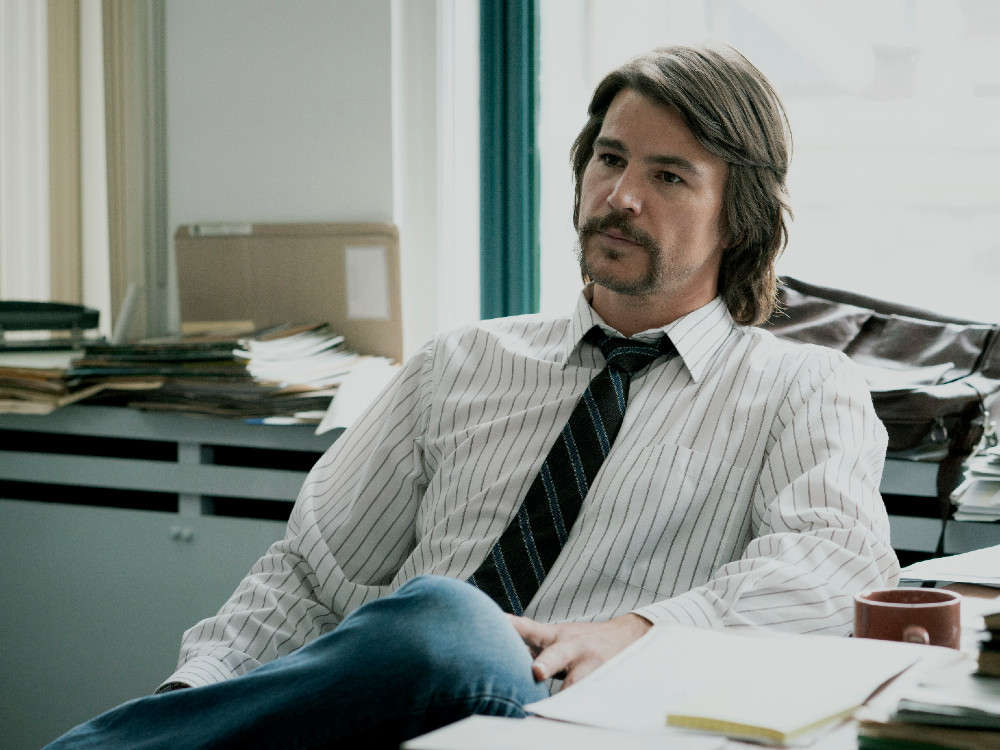 It feels like a good time to release a film that depicts a deeply corrupt, miscalculated miscarriage of justice perpetrated by law enforcement officials. Most Wanted, written and directed by Daniel Roby, tells the real-life (though fictionalized for dramatic purposes) story of Alain Olivier and his tragic stint in Bang Kwang prison after being arrested for selling drugs. You see, young Alain was a victim of entrapment by the RCMP (Royal Canadian Mounted Police).

Roby renames his Olivier character Daniel Leger, played with heavy pathos by Antoine Olivier Pilon. Set in British Columbia, Daniel is a young man with a drug addiction and no money, who soon gets roped into a low-level criminal enterprise led by Picker (Jim Gaffigan, quite scary here). Some time later, investigative journalist Victor Malarek (Josh Hartnett) sniffs out something rotten in the Leger story the RCMP are selling. Ambitious to a fault, Malarek barely convinces his editor (J.C. MacKenzie) to pursue the lead.

Hartnett serves as a co-lead with Olivier Pilon, and both are doing very solid work. Roby tells both sides of the story concurrently. Amanda Crew is unfortunately saddled with the all-too-familiar role of “Concerned Wife.” One was hoping for a bit more on this front. The pace is slick and the dialogue relatively sparse, which allows for an abundance of visual storytelling from cinematographer Ronald Plante. It’s a smart move, as this is a tale that has been told many times before.

Any pop or circumstance comes from the camerawork and the performances. Hartnett continues to carve out an impressive second stage of his career as a reliable character actor, while Olivier Pilon makes good on the promises made by Xavier Dolan’s Mommy a few years back.

Things get a little long in the tooth once the ending becomes too clear too early. Such is the risk with dramas based on real events. Luckily, Most Wanted has a strong supporting performer in Stephen McHattie, who plays an officer in way over his head. The desperate, wrong-headed pursuit of Leger should play standard, even somewhat dull. It does not, and it’s McHattie who keeps the focus sharp, his sunken cheeks and piercing eyes enough to make the viewer consider how a man of the law would allow himself to go so wrong.

Perhaps the most effective piece of the film’s narrative is Leger’s susceptibility to this entrapment scheme. This is someone without options. A moment comes deep into the narrative, wherein Daniel places a collect call to his mother, a last attempt to escape his escalating situation. From Olivier Pilon’s face do we see that she has refused to accept the charges. His reaction is one of acceptance more than it is one of sadness. Meanwhile, Hartnett’s journalist evolves from self-involved to intensely invested, pushing back against a system that is willfully lying to him at the expense of his family’s safety.

These tales of a few good men fighting on the right side of history are not in short supply. Unfortunately, it sometimes feels that the men and women these tales are based on are in short supply. A film like Most Wanted is a welcome one, featuring a well-told version of this all-too-common real-world narrative.