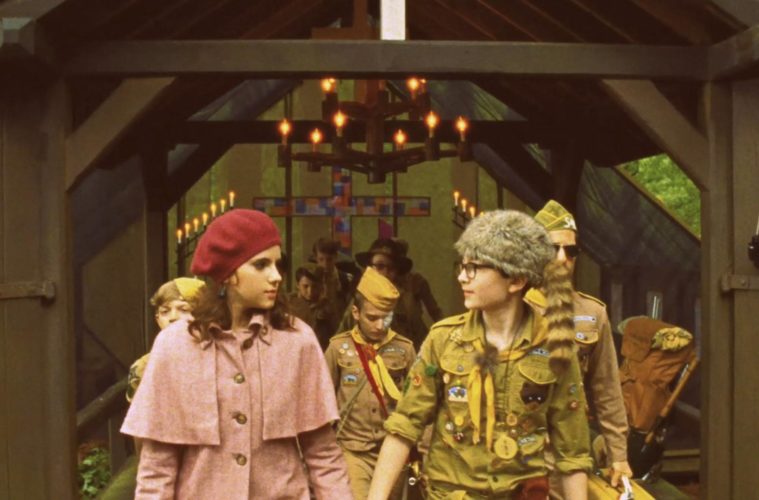 ‘Moonrise Kingdom’ and the Art of Compression, Video Essay on Michael Mann’s ‘Thief,’ and More At A.V. Club, Mike D’Angelo on how Moonrise Kingdom shows that the art of compression isn’t dead:

Montages have fallen out of fashion in recent years. Maybe it has something to do with how mercilessly the convention was skewered by Team America: World Police, in a hilarious musical number devoted to the training montage. Maybe they’re perceived as lazy—an outmoded device best avoided. Or maybe it’s just that the default style for Hollywood filmmaking has become such a rapid-fire onslaught that montages now seem redundant. In any case, I have trouble thinking of notable recent examples. There’s a funny cross-country driving montage at the beginning of Wanderlust. Looper features an elegant sequence depicting Young Joe’s series of executions leading up to his encounter with Old Joe. A classic job-interview montage introduces The Intouchables’ no-bullshit caretaker. No doubt you’ll remind me of others I’m forgetting, especially since I don’t tend to see the Nicholas Sparks adaptations in which they might appear. As a rule, though, they aren’t nearly as prevalent as they used to be. Who will keep the tradition alive?

An expanded version of the documentary Life Itself will screen at Cannes with a section dedicated to Roger Ebert‘s time at the festival. See our review here.

At New York Times, J. Hoberman looks at the heirs of Travis Bickle in The King of Comedy and Ms. 45:

“The King of Comedy,” released by 20th Century Fox on a welcome but murky-looking Blu-ray, is cracked in the most quotidian way — presenting a borderline psychotic whose delusions are mediated by TV and whose talent is basically an unrelenting need for recognition. Although he has never performed for an audience, Pupkin plans to start his career on a show watched by half of America each night.

Watch Omar Ahmed‘s video essay on Michael Mann‘s Thief and read our examination of the film.

The Dissolve on five of their favorite movies within movies:

In our next Movie Of The Week, 1924’s Sherlock Jr., Buster Keaton’s nameless projectionist falls asleep at work and dreams himself into the film onscreen. It’s one of the earliest examples in cinema history of a movie within a movie, and in honor of this landmark, we’ve chosen a few other favorite examples of these meta-moments when a film pauses to watch another film that exists within its own fictional universe.

Read the third part of a retrospective on the career of designer Pablo Ferro (who worked with Stanley Kubrick, Hal Ashby, and more) on The Art of the Title:

In Part Three, we enter the 1980s. Pablo did what he’s always done: he kept it moving. He moved from New York to Los Angeles, the very heart of the American film industry. There, he operated under the moniker De Pablo De Pablo, distancing himself from the now-sullied Pablo Ferro, Films, and formed a partnership with Hal Ashby, now a feature film director. The two worked under the names Northstar Media and Calligraphic Pictures and collaborated on a number of films. Then, Pablo joined Title House, and thundered into the ’90s and the digital age with his indelible title designs for Darkman, The Addams Family, Men In Black, L.A. Confidential, To Die For, and many more.