Montclair Review: ‘What She Said: The Art of Pauline Kael’ Offers a Well-Crafted, Sweeping History of Film Criticism 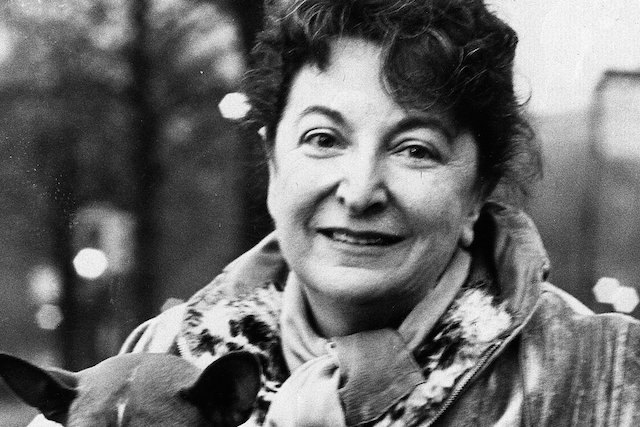 The well-crafted What She Said: The Art of Pauline Kael is a fascinating tribute to a maverick film critic who celebrated high and low art indiscriminately, and was also quick to point out in her reviews–even to the point of controversy–what she viewed as extreme pretensions. It’s no doubt that Kael influenced Roger Ebert’s primary rule of film criticism (“It’s not what it’s about, but how it’s about it”) when she panned Claude Lanzmann’s universally acclaimed nine-hour Holocaust documentary Shoah, in which she received blowback for her scathing but not unfair words about the picture.

Kael’s far-reaching influence extended into the mainstreams of cinema and film criticism even as she continued to rally against the “sugar-coated lie” at the core of popular films that were consumer products of the era like The Sound of Music. The influential New Yorker critic typically held back, waiting for a consensus to build before launching her attack or support. For Last Tango in Paris, a rare review she first ran with upon release, her criticism became the entire marketing campaign for the film as she supported a new wave of filmmakers in the 1970s creating daring works while deriding others for films devoid of sex and pleasure. Kael was an outsider who shook up the world of the gentleman critic and, much to the surprise of fellow critics, wasn’t afraid to heckle at the screen. Rob Garver’s sweeping and comprehensive study of her criticism is anything but aa “sugar-coated lie,” capturing the essence of Kael’s words through narrator Sarah Jessica Parker. Chronicling her greatest hits and hit jobs, the film provides a personal, highly opinionated look journey through cinema from the silent era through her retirement in 1991, brought on by a diagnosis of Parkinson’s. The focus of Garver’s film is largely on her influence and in one especially difficult-to-watch chapter we see the result of her cynicism about a certain kind of large-scale film.

Lamenting the filmmaker as “myth-maker” (she surely would not be a fan of the Marvel Cinematic Universe), she has the gall to openly mock filmmaker David Lean to his face during a lunch organized by the New York Film Critics Circle. Throughout the documentary we hear from filmmakers who cite Kael’s work as influential, but for Lean (director of Kael-panned epics like Lawrence of Arabia), the mocking presented a personal and professional crisis for the legendary, celebrated director as the cinematic landscape evolves, and for a period of time he stops working. Kael, at one point an aspiring playwright who is given a brief chance to work in Hollywood for Don Simpson, seemed to have found her niche in criticism, rather than in the creative arts, could be incredibly cruel. Well-researched through archival materials and illustrative film clips, insight is also gleaned from interviews with filmmaking luminaries and Kael scholars such as Quentin Tarantino, Alec Baldwin, and David O. Russell, along with critics Stephanie Zacharek, Joe Morgenstern, Carrie Rickey, and proud “Paulettes” like David Edelstein and critic-turned filmmaker Paul Schrader. The “Paulettes,” as it turns out, had a bit of a turf war going with the Rex Reeds of the world, and her disciples working around the country were one way that critics often supported films and filmmakers that needed more love and attention than the market place and studios were willing to give.

Garver’s comprehensive study of Kael’s life is an excellent companion piece to Roger Ebert’s Life Itself as a prequel for what was to come: film critic as media persona. Kael’s opinions at first existed outside of the mainstream with a biting wit that provoked readers, editors, and filmmakers. She later became a mainstream voice in criticism diagnosing and championing an era of cinema under the influence of sex, drugs, rock ‘n roll, and European art house cinema.

What She Said: The Art of Pauline Kael screened at the Montclair Film Festival and opens on December 25.