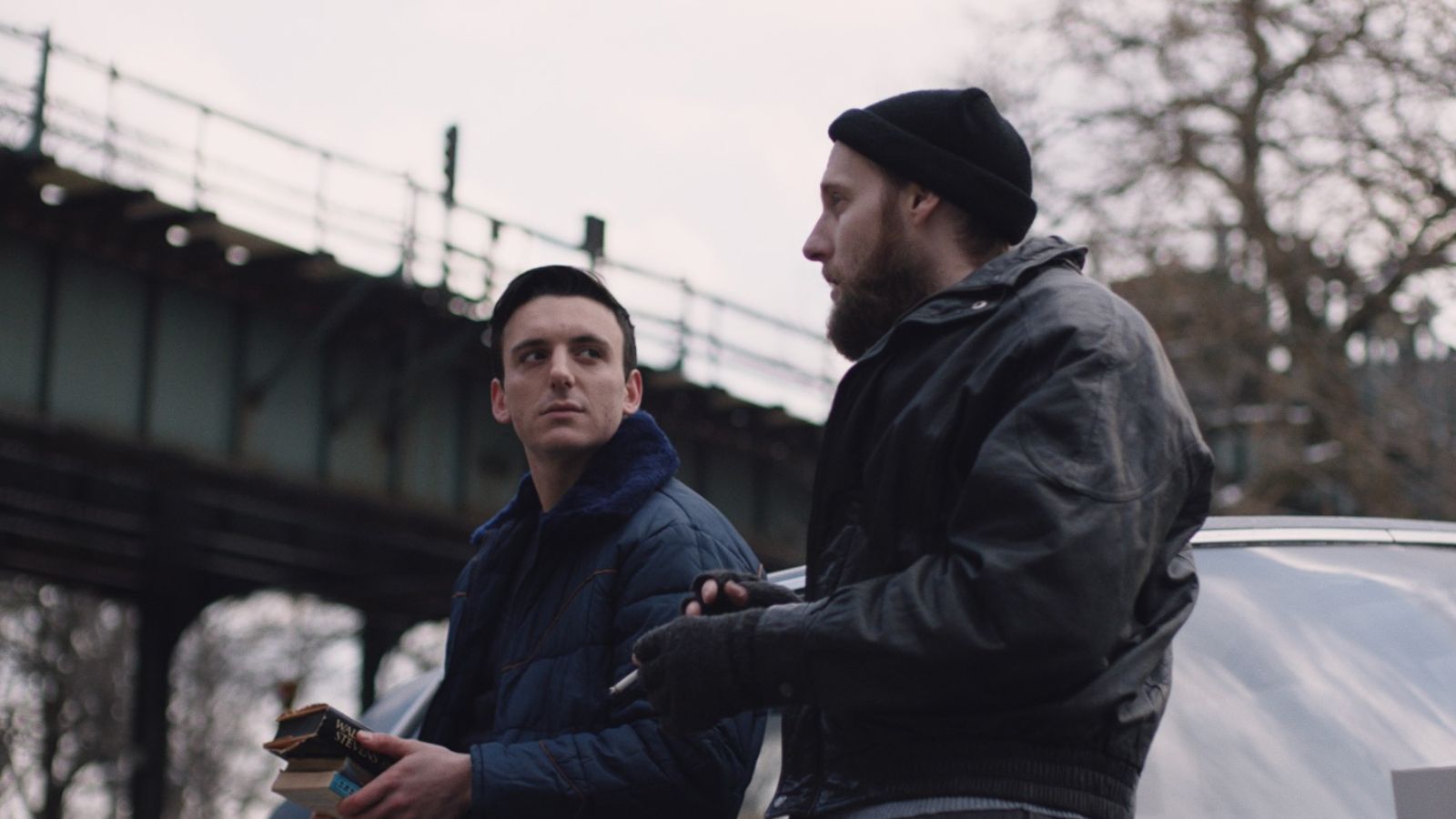 The year is 1986, the setting is New York City, and the AIDS epidemic is running rampant. Our hero David (Samuel H. Levine) is a teenager living in Brighton Beach, going to school while doing his damndest to get his grandfather (the great Ron Rifkin) into a retirement home nearby. The young man has a temper that stems from a budding rebellious streak, the long-gestating product of his strict Russian Jewish upbringing.

Directed by Eric Steel, who co-wrote the script with Daniel Pearle, Minyan is a deeply personal piece of work. Adapted from David Bezmozgis’s short story of the same name, it’s clear Steel is pulling from his own experience in bringing the written word to the big screen. Levine is sufficiently awkward as the lead, manifesting many of David’s growing pains quite literally on camera. This is an unsure soul, whether it be regarding his sexuality, his religion, or his place in this suffocating community.

All uncertainties come into clearer focus once David befriends Itzik (Mark Margolis) and Herschel (Christopher McCann), his grandfather’s new next-door neighbors. A closeted gay couple coming to the end of their time together, David is provided a sobering look at the limitations of empathy. Though his family may be loving and the larger neighborhood may be protective of their own, there is a sense that other-ness will not be excepted. He finds clandestine solace at a local gay bar and a brief fling with the bartender. One particularly affecting scene has David’s older lover explaining why he has so many men’s names written on his doorway. They’re the names of all of his friends who have gotten sick, many already dead. At first, David does not understand. “Do you know anything at all?” his lover asks. David has no response.

Steel is a longtime Hollywood producer who pivoted to documentaries in the early 2000s, making a splash with his controversial film The Bridge in 2006, then following it up with Kiss the Water in 2013. Minyan is Steel’s first narrative feature, and the patience of non-fiction cinema is ever-present. The camera remains steady most of the time, waiting for the action rather than chasing after it. Often Steel will hold on a frame and allow his actors to walk into the scene. It is subtle this stillness, and it fits the tone of the film perfectly.

Minyan is at its best when it is observing its characters. Often the narrative turns feel a bit abrupt, even forced. The slower bits work the best. It’s the moments in which one character eulogizes another, or when David tells a friend the story of his immigrant mother, that linger. In Judaism, “minyan” refers to a group that gathers together to pray. There is an obvious exploration here of what defines a community, and how one goes about finding their community. Simple though it may be, it is effective. Steel has successfully rendered a world here, faithfully adapted and made into something a bit more. In David’s journey, most will see their own, in one way or another.