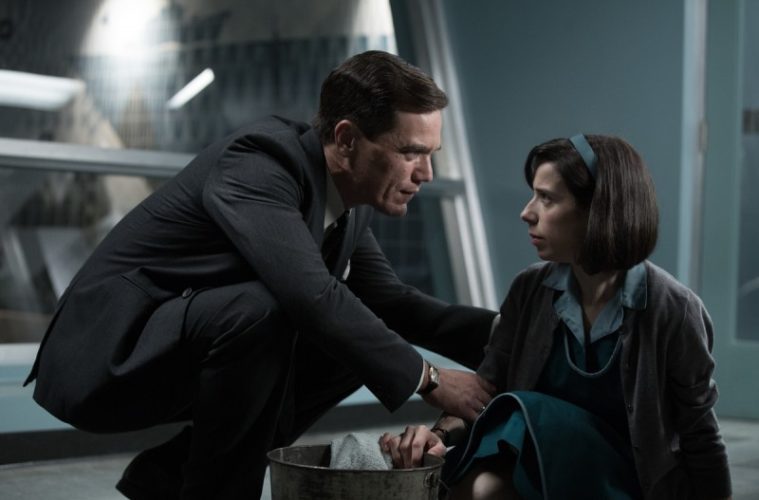 Bringing a defining presence to any project he takes part in, Michael Shannon exudes both a controlled menace and an emotional complexity in his wide range of roles, from his collaborations with Jeff Nichols to 99 Homes to superhero villains to his small-screen gangster drama Boardwalk Empire. Following his Oscar-nominated performance in last year’s Nocturnal Animals, he’s back on the circuit with Guillermo del Toro’s Cold War era fantasy tale The Shape of Water.

If one only viewed the trailer, it may be easy to label his character or Strickland as a villain, but, like many of his roles, Shannon carries a beating, humorous heart to this archetype as he wrestles with the pressures of bureaucracy and the discarded promises of the American dream. We spoke with the actor about getting room to breathe on set, being in del Toro’s world, the complications of sex, and working on Sidney Lumet’s final film.

Your character embodies this disillusionment of the American Dream in this almost Lynchian fashion. Did Guillermo del Toro talk with you about his vision of America while forming the character?

Yeah, that was certainly swirling around in the mix of things, of course. You always have to be careful in a situation like that and realize at the end of the day you’re playing a person, not an idea or a thought or a notion. I definitely had seen those parallels myself and Guillermo is a very socially-conscious filmmaker. I mean, he always has been. That is a welcome interpretation, for sure.

When you go see one of Guillermo del Toro’s films, you’re not just seeing his story. He often weaves in his love for cinema, or in this case, biblical tales and fairy tales. What was it like to have that foundation of timeless, classic stories in the script?

Ultimately, what I’m most drawn to is something that feels unique, but the fact of the matter is that a lot of stories have been told. A lot of the great stories have already been told and everything is kind of a riff on everything else. With Strickland I thought a lot about, oddly enough, Dr. Strangelove, that kind of tone and that sense of humor in that movie. Because, honestly, the first time I read the script I found a lot of humorous–not in a silly way, but in a Kubrick way. With a point, pointed humor.

That comes out greatly with scenes in your office, whomever your character is talking to. You’re given a lot of room to breathe in terms of your reaction shots. How much of that is found on set versus the script?

It’s found on set a lot, particularly with Sally. I mean, Sally’s work is almost entirely found on set, because you’re not basing it on any dialogue. You know what the story is, but until you’ve got Sally’s face on camera, that’s when it really comes to life. The deal is if you give Guillermo options, if you give him a nice reaction, something that some substance and weight, then he has the option of using it. He doesn’t use all of them, but I always try when I go into work, I try to do as many takes as I can. Not necessarily because I think they are terrible or I think I’m failing or something, but I just think I know I would appreciate as a director if I had as many options as I could in the editing room. Because sometimes when you’re there on the day the scene remains elusive even after you’re done shooting it. You’re not quite sure what function it’s going to serve or what the mood is going to be at that point in the movie. It’s very different shooting a scene individually and then stringing them all together. There are things that feel phenomenal on the day when you’re doing them that don’t even wind up in the movie, but that’s the director’s privilege. Honestly, as an actor, my favorite time on camera isn’t when I’m talking. It’s when I’m not talking. The talking is, a lot of times–not all the time–kind of a chore, actually. My favorite part is listening and reacting to things.

One thing I loved about your performance: your body is literally deteriorating with your fingers, but there are also some subtle things you bring that shows your downfall might be imminent. What was your challenge to embody that as an actor?

Something Guillermo and I did talk about, because of the finger situation, I had gotten some painkillers. So in addition to my candy, I’m starting to get strung out on pills. That was definitely something we wanted to layer into the performance and just the sense that he’s growing increasingly kind of disillusioned and out of it. I think there’s a huge break that happens when he realizes the general is willing to flush him down the toilet without a second thought. I think up until that point in the movie, he thinks he’s achieved a certain stature that is kind of ripped out from under him. Once that happens, all bets are off. He’s all of sudden realized that all the choices he’s made along the way may have not been the correct choices in his life. He’s got this family that he’s not quite sure if he likes them or not. He talks about being drawn to Elisa because she’s quiet and he wants quiet and peace. That’s the irony of it. He’s a violent man. He creates violence, yet ultimately what he really wants is peace.

The way this film depicts sex is refreshing. A lot of times in Hollywood there’s a predilection to show violence and filmmakers often shy away from sex. However, Guillermo del Toro shows it in a positive light, with Hawkins’ character and her sexual desires, but then in your home life there’s this perversion to that idea. Was it also refreshing for you to see it in the script?

Yeah, and to use it as storytelling. It’s not gratuitous. It’s giving you a lot of information about the characters and it’s real. It’s not through a tinted lens with the saxophone playing in the background or some silliness. The fact of the matter is that sex is as much a source of anxiety and confusion as anything else in our human life. There’s a wide variety of experiences that can be had. It can be also very loving and tender, it can be scary, it can be so many different things. To show the variety of that is a more honest, healthy way of looking at it.

We recently published a piece for the 10th anniversary of Before the Devil Knows You’re Dead, just a few weeks ago.

You make such an impression in that movie, in just the five minutes or so you’re in it. I was wondering if you could talk about working with Sidney Lumet on his last film.

Man, I made it in the nick of time, eh? I’m so profoundly grateful I got to work with the great Sidney Lumet. I was really included in that process. I mean, like you say, I don’t have a huge role in the movie, but I had enough of a part that I was able to be part of the rehearsal process, the famous Sidney Lumet rehearsal process. It’s a very tricky thing to rehearse in a film. It’s very different than rehearsing theater because it’s a fine line between making sure everybody is up to speed, but not over-doing it, so you can still have spontaneity when the camera is rolling.

One of my great work memories is shooting the scene in the restaurant where I’m shaking down Ethan’s character. We did a master shot that held the three of us–Alexa, me, and Ethan–and Sidney would sit right next to the lens, like a little gargoyle. His face was right next to the lens. He would just sit there and watch the scene. I said one my lines in the scene and I heard out of the corner of ear, I heard a little chuckle. I heard [imitates a quick laugh]. I was like, “Holy shit. I just made Sidney Lumet laugh during a take.” That’s one of my proudest accomplishments.

The Shape of Water is now playing in NYC and expands in the coming weeks.