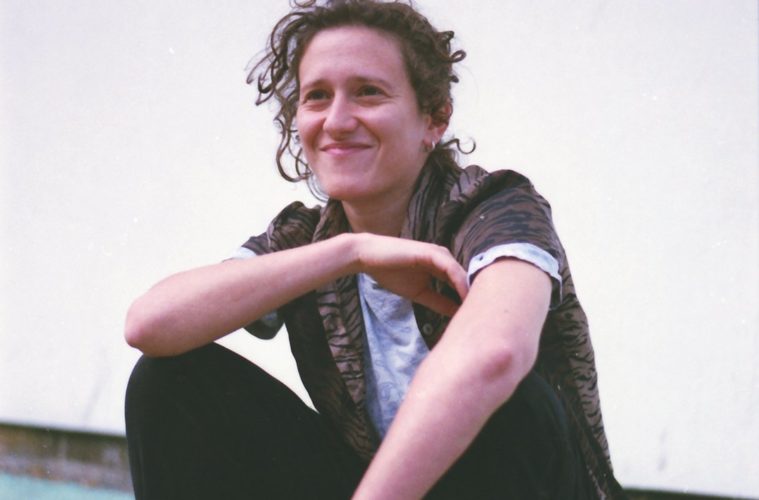 Mica Levi on Psychedelic Compositions, Jackie O’s Style, and the Textures of ‘Monos’

With her landmark scores for Under The Skin and Jackie, Mica Levi has quickly made a name for herself as one of the most significant cinematic composers of the 21st century thus far. Good luck telling her that.

Colombian filmmaker Alejandro Landes’ new work Monos is the latest to receive the composer’s Midas touch, opening to raves in Sundance in January and, just last week, at the 69th Berlinale. We met the inconceivably humble artist in the German capital, over a plate of edamame, to discuss Jackie Kennedy’s style, sound-tracking psychedelics, and the EDM roots of her score for Monos.

The Film Stage: Each of the films that you’ve done has been so distinctive. I was wondering what draws you to a particular project, and especially to Monos?

Mica Levi: Well, actually I saw a cut of it and I didn’t know what to expect. I didn’t, like, have a synopsis. I just watched it and I thought it was really good and I really liked the spirit of the film and I liked all the characters and I guess I thought it was really good without music. So I started making some and it seemed quite natural, cause I was excited about the film.

Is that how you usually work: that you would get a copy and work from the finished cut?

I’ve had different experiences each time but for me that’s really helpful, although you can get quite a strong sense from a script about how the film’s going to go. Obviously, when you see the images and the pictures it’s more instinctive–for me, anyway.

You once said that the challenge of scoring Jackie was that you were essentially sound-tracking grief. I wonder if there was something equitable to that with regards to Monos.

It’s funny with Jackie, because the story has started to mean a bit more to me as time’s gone on. How much she went through was really difficult. Really the way I got music together for that wasn’t about her grief, it was about her taste. I started writing music before I’d really seem that much of the film. Because she’s a really distinct character and it’s a very specific time period. I was trying to make music that I thought she’d be into, that she would enjoy in her state of mind. She was quite kind of out of her face all the time. She was taking a lot of prescription drugs, she was drinking a lot, to get through this bizarre situation she was in which was also traumatic.

I suppose what I’m trying to say is, in a way the music was written just based on her taste, not to do with her story of grief but more like what music would she put on. And Monos was more thematic and also bare resources. It’s pretty minimal. They had minimal resources out there. They’ve got different textures: there’s plastic, there’s metal, and then you’ve got like natural resources. There’s a big clash of materials going on in there: electronics, no electronics. Building a fire but then having a video camera.

The textures of the forest itself.

Yeah, it’s all kind of like a mash of different things and I guess the music’s kind of reflective of that. Very minimal, you got like high pitch whistles and low drum rumbles. The whistle is one of the most basic airwave sounds you can get because it’s like passing through a pipe like that [makes a sound wave with her finger] so like shouting down a tunnel.

And then there are these rises that are derived from a lot of EDM music. All kinds of music have big rises in them before drops happen. And that’s kind of the adrenaline. For me that was representing the kind of endless adrenaline you get when you’re a teenager.

Whenever I hear drum rolls like that in a war film I immediately think of Kurosawa. Are there any filmmakers that influence you?

No doubt. I don’t look to film for inspiration directly because it doesn’t feel very good to do it. It’s not very fun. I’ve definitely heard Timpani rolls in films before. If I really think about it–and I realize because it’s a minor third–that Timpani roll is inspired by Rothko’s Chapel. I didn’t intentionally do that but then I recognize that I’ve drawn a connection to that. It’s much more enjoyable to look to other music or other things for inspiration. If you look at other films it’s just the wrong place to look. I don’t know how to say it. You’ve got to go to the source, you’ve got to try and find the source of the feelings that you’re getting. That’s why I go to dance music that is made to be really adrenaline-fueled as opposed to a really adrenaline-fueled scene in a film.

Like Jackie, the kids in Monos are off there heads in a way, too. Especially in this incredible mushroom sequence.

Yeah, they’re dancing without music. So instead of having the full music really there, I kind of just got into the rises on their own. I’ve been using it in other music I’ve been making for a couple of years now, to create those peaks and troughs and stuff. But on their own they’re different… but anyway, I’m rambling.

It’s such a tactile piece of music; you really get the character’s heightened sense of touch.

That’s it! I mean it’s quite easy to go into a hallucinogenic drug scene and make everything all blurry when sometimes that’s not always the effect with certain kinds of drugs. It felt more trippy to do these little fairy farts.

So Jackie was this total success, you went to the Oscars and so on. I was wondering if you received a lot of offers after all that?

Could it be that your style is so distinctive?

It’s one of those things. I like to get involved a bit later on in the film. Some want you to be there earlier and I don’t want to commit to that, so I don’t know. I’m learning as I go.

You were still quite young when you did Under The Skin. How did Jonathan Glazer approach you for that?

He’d heard a record that we’d done. It was basically a project with a contemporary orchestra. That was an album that we’d made in 2010 and it was based on the most psychedelic kind of style of music that I could think of at the time, which was “chopped and screwed” music so we called it ‘Chopped & Screwed’ and he’d heard that. It was inspired by the technique of slowing things down and speeding things up. It’s a way of distorting reality with harshening sounds.

It’s like very psychedelic because of that but also it’s quite a modern technique because it’s something that’s only been possible recently, to warp things like that, time warping… so anyway we did that, he heard that. I think he liked it and also they had quite small resources as well so I’m sure there was a lot of luck. I mean, I was very lucky. They wanted someone who’d not done it before as well. These were all the things they said, I don’t know though. [Laughs.] When it premiered in Venice, Ryuichi Sakamoto was on the jury. Did you get to meet him?

I didn’t get to meet him then, but what an amazing composer! I did meet him recently because he did a gig in London and a group I’m in called Curl supported him so I met him then.

Pablo Larraín was also on the jury that year. Was that how Jackie all started?

I think so yeah. Must have been.

Did you talk to him at the time?

I didn’t know there was a jury.

So the film festival world was a whole new thing?

Yeah, I didn’t even know the red carpet was the whole of the floor. It’s not just a little strip, it takes you from one end to the other end.

How does it compare to the music festival world?

It’s a different headspace. When you go see music you kind of let go of your mind entirely, hopefully.

Well, yeah. Although not exclusively. [Scans the room and laughs.]

Monos screened at the Berlin International Film Festival and will be released by NEON on September 13.