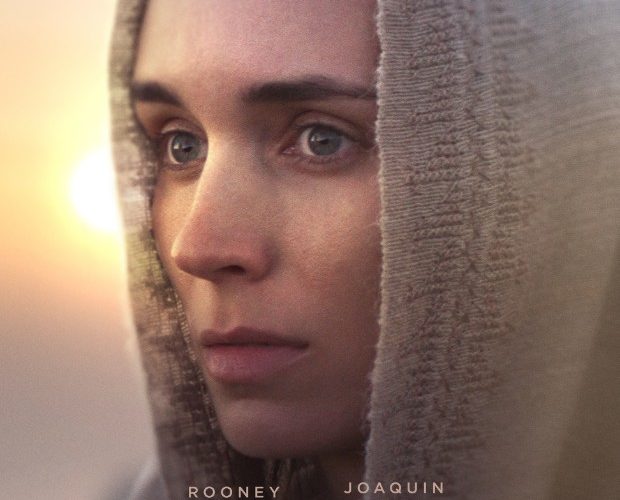 There is one compelling reason to see Mary Magdalene, Lion director Garth Davis’ long-delayed drama, a notorious casualty of the death of the Weinstein Company. It is not the work of the director, a talented filmmaker who has crafted a slow-moving Biblical epic that fails to engage. It is not the presence of Joaquin Phoenix, who plays Jesus of Nazareth as a loving but ever-pained martyr. Nor is it the typically strong work of Chiwetel Ejiofor, who plays Peter with a fire Phoenix surprisingly lacks. And it is not the script by Helen Edmundson and Philippa Goslett, which succeeds in establishing the time and place but feels like a slog through an oft-dramatized story.

The reason, as may be clear, is Rooney Mara. As Mary of Magdala, the close follower of Jesus Christ and one of history’s most mischaracterized figures, Mara is simultaneously strong-willed, emotionally shattered, and spiritually enlightened. Emerging from a devastating experience with her family—including a harrowing exorcism—Mary is drawn to the impassioned, persecuted Jesus. “There are no demons here,” he tells her during their first encounter, and those words are tremendously meaningful to a young woman who is adrift. In recent years, Mara has given some of the strongest performances of her career in films that have made little impact: Una, The Discovery, and Song to Song. This, too, is the likely fate of Mary Magdalene.

That blame lies not with Mara or Phoenix or Ejiofor. Rather, it is the filmmakers who fail to create a compelling drama. Beyond the chance to show Mary of Magdala as a key figure among the Apostles and the antithesis of what many believe her to be, it is difficult to decipher exactly what made the project so appealing to Davis and company. There is simply not enough that feels fresh. This doesn’t mean the film is a complete failure, but it does mean the story is never as compelling as one would hope. Phoenix’s Christ lacks the gravitas of, say, Willem Dafoe’s in Scorsese’s far superior Last Temptation of Christ; the Jesus of Magdalene is just a supporting character, really. As he demonstrated with Lion, Davis is adept at world-building, but only a handful of moments stand out. A sequence of Mary staggering away from the crowd as Jesus walks toward the crucifixion is one. There’s a visual majesty on display that is far too infrequent.

There are also too few moments of real emotional power. Phoenix nails a scene focusing on hate and forgiveness, while a post-Crucifixion verbal battle between Mary and Peter has a spark. “You have weakened us, Mary. You weakened him,” Peter tells her. “I will not stay and be silent. I will be heard,” Mary replies. Soon after, in the film’s final minutes, Mary finally comes close to transcendence. A now emboldened Mary walks through the crowd with poise, head held high, as women we have met throughout the film appear. It is a stunning, immaculately shot sequence, a stirring amalgamation of Mara’s inimitable onscreen presence, Davis’s sharp staging, and the soaring score by Hildur Guðnadóttir and the late Jóhann Jóhannsson. It is an indicator of what Mary Magdalene could have been, yet it is handled so expertly that the effect is not one of disappointment. Instead, it creates a feeling of exhilaration, one that’s perhaps too little too late.

Those words carry real weight and, coupled with those final moments spent with Mara’s Mary of Magdala, make up for some of the film’s earlier flaws. Mary Magdalene is not a film that will delight fans of faith-based cinema, nor is it likely to please everyone else. But it is a worthy attempt by Davis and company to shine new light on a misunderstood figure. The film itself is not a success, but the performance by Mara is complex and profound. If for no other reason, see it for her.