małni – towards the ocean, towards the shore Review: An Elegiac, Mesmerizing Journey Through the Pacific Northwest 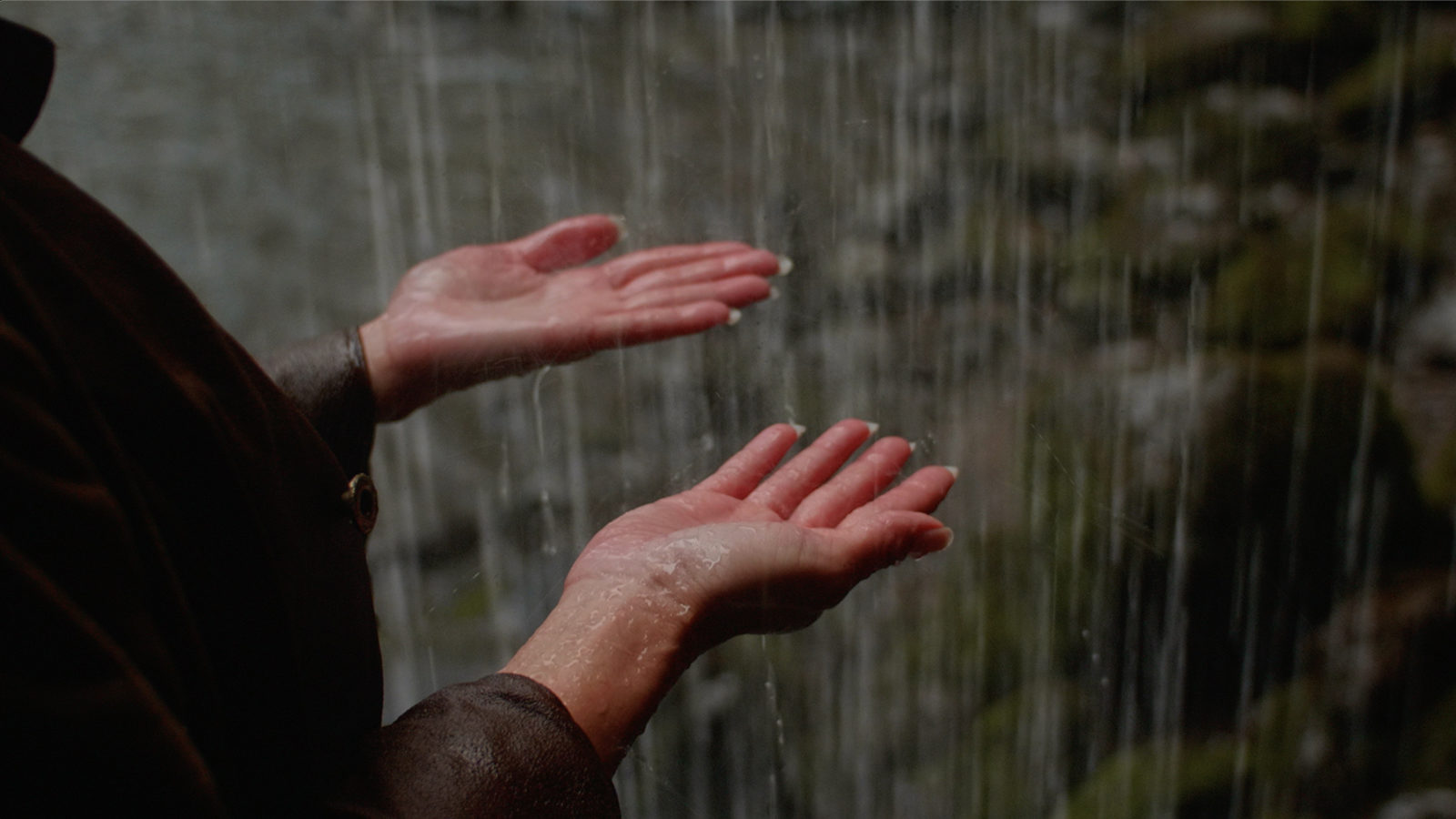 Ethnographic documentary has historically been used as a tool by colonial filmmakers to exoticize non-Western communities and cast themselves as white saviors. Sky Hopinka’s short films challenge that power dynamic in beautiful and inventive ways, experimenting with voice-over narration, inter-titles, music and sound design to explore how language, memory, and cultural history help strengthen identity. His fluid style always works in service of the oral histories and folklore of Native peoples that might otherwise go unrecorded and lost.

With małni – towards the ocean, towards the shore, an elegiac and at times mesmerizing feature debut, Hopinka examines how mythology continues to inform the work of younger Chinookan generations who are carving out their own path in the Pacific Northwest. Both of the film’s subjects––Sweetwater Sahme and Jordan Mercier––feel deeply connected with their ancestors and the stories they’ve passed down.

In one of the first interviews Hopikina conducts, Jordan explains why growing his hair long is meant to recognize the old ways of his people. Sweetwater echoes that sentiment when she visits a remote Portland-area waterfall to conduct a cleansing ritual for her unborn son. The past is not something to forget, but embrace with personal acts of remembrance.

While these experiences seem to connect the subjects in the here and now, Hopikina’s style suggests that these journey’s are always evolving and changing direction. małni becomes a testament to this spiritual malleability, meandering through thickly forested pathways and riding on gigantic wooden canoes down the curving rivers. Nature never feels like the window dressing in these hypnotic images, but intrinsically tied to the reflections contemplated by the subjects themselves.

As a way to deepen and complement expressions about birth, life, and reincarnation, Hopikina reads aloud “The Origin of Death Myth” that Jordan’s grandfather has made a staple in their family lore. Circular in its structure, the legend helps contextualize what it means to be at peace in a world filled with prejudice and anxiety.

While many will call małni an “experimental” documentary, that seems like a limiting description. This is a thriving non-fiction film that’s trying to reconnect with what it means to be present, to watch and listen, to step outside yourself and explore. There’s a long musical sequence where Hopikina’s camera roams through the crowd of performers and onlookers participating in a ceremonial performance where drums and chants merge into a stunning collective energy.

The sequence depicts a community in unison with the past, expressing a deep archive of traditions that far supersedes the arrival of white settlers in North America. It reminded me of dialogue from Hopikina’s 2014 short Kunįkága Remembers Red Banks, Kunįkága Remembers the Welcome Song, where one woman says of the Ho-Chunk villge site in Wisconsin, “We were always here. Nobody discovered us.”

małni doesn’t carry the same subversive verve as Hopikina’s previous work when it comes to cinematic authorship. But it’s less about formal rigor than combatting the dangers of cultural erasure felt by disenfranchised groups that have for so long been disregarded. To paraphrase Jordan when he speaks about his newborn son, growing up is an act of forgetting, so it remains essential to actively seek out ways to remember.