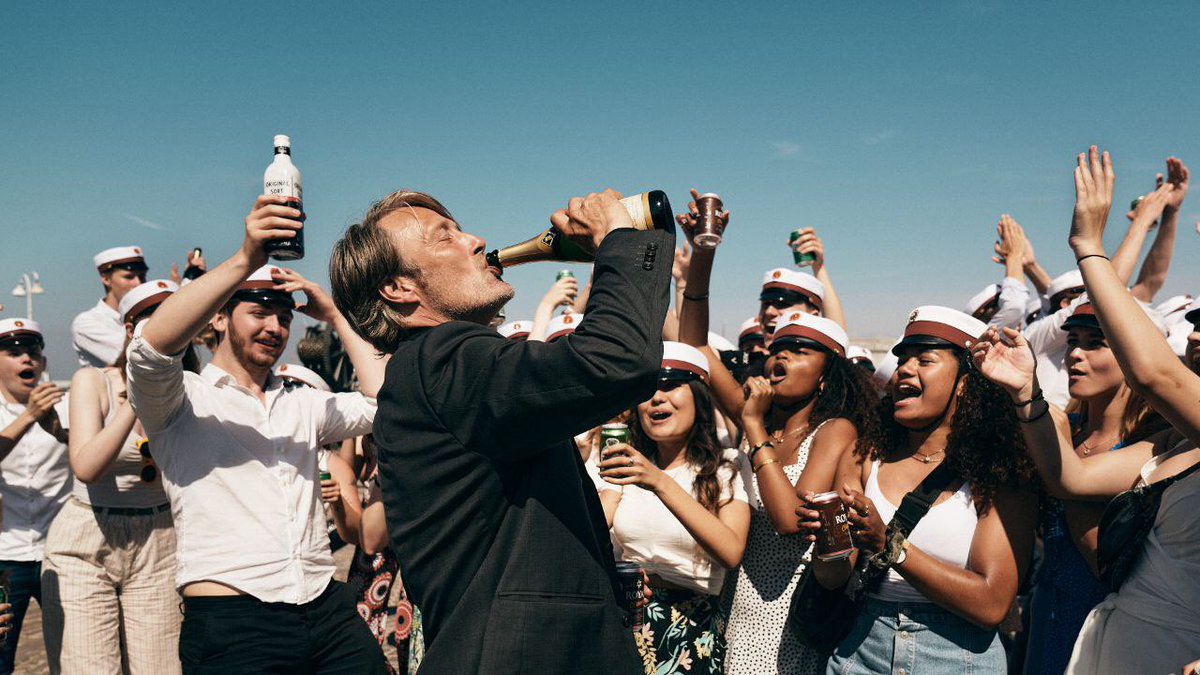 After delivering one of the best performances of his career with The Hunt, Mads Mikkelsen has reteamed with director Thomas Vinterberg for a new drama titled Another Round (aka Druk). Also starring a few other actors from The Hunt, Lars Ranthe and Thomas Bo Larsen, along with Magnus Millang, the film follows a group of friends who launch a drinking experiment to test their creativity and mindset.

Yesterday, the film was announced as part of the Cannes Film Festival 2020 lineup and now the first trailer has landed. Set for a release in Denmark on September 24, we could still see this show up at some fall fests, including Telluride and TIFF. Judging from this first trailer, what starts as a compelling experiment for the mind soon devolves into something a bit more unpleasant for our characters.

Watch the trailer below via Screen Daily.

Another Round was selected to premiere at Cannes Film Festival 2020.