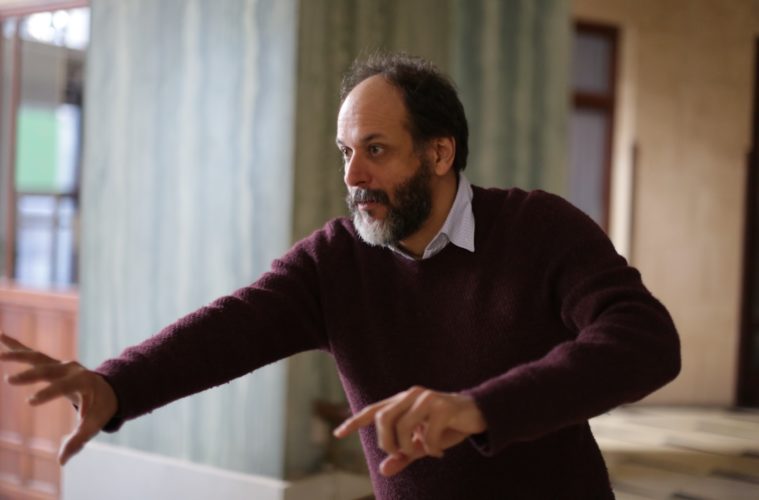 With We Are Who We Are wrapping up, Luca Guadagnino is eying a new project and it looks like, after adding Scarface to his pipeline, it will be another remake. The Call Me By Your Name director is now attached to adapt Evelyn Waugh’s classic novel Brideshead Revisited, The Sacred & Profane Memories of Captain Charles Ryder, which was previously adapted in 1981 in an 11-part series for ITV and in 2008 in a feature film by Julian Jarrold.

The Daily Mail‘s Baz Bamigboye was first to report on Guadagnino’s project, which will take the form of a miniseries, with Deadline confirming, but noting some additional details were a bit premature. This includes the ensemble, which is said to feature Andrew Garfield as Charles Ryder, Joe Alwyn as Sebastian Flyte, Rooney Mara as Lady Julia, Cate Blanchett as Lady Marchmain, and Ralph Fiennes as Lord Marchmain. With the project backed by BBC, it’s said they are speaking to a number of U.S. broadcasters, including HBO.

Scripted and directed by Guadagnino, he’ll adapt the story, which takes place over two decades beginning in the early 1920s and follows Charles Ryder and his friendship with the wealthy family the Flytes, and his romantic relationships with two members of the family, Sebastian and Julia. Production is set to begin in spring 2021, so we should have confirmed casting and more updates soon.

See the trailers for the previous adaptations below.