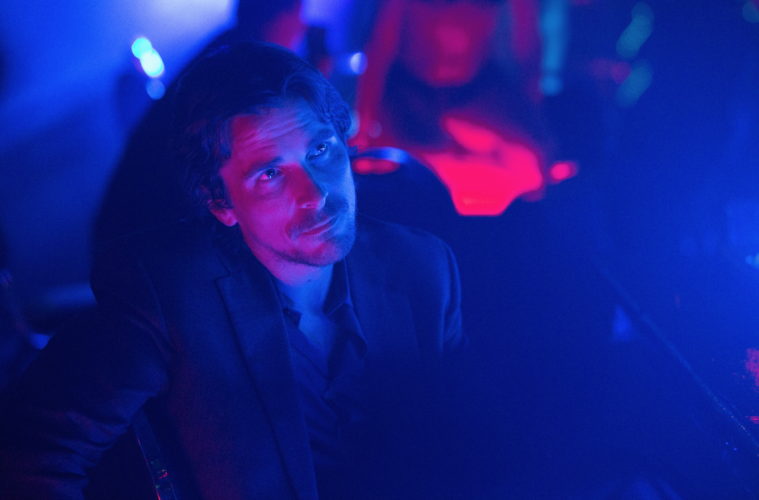 Los Angeles Kills Itself: A Cinematic Look at Hollywood as Hell

For those many aspiring artists who make the pilgrimage to Los Angeles in hopes of finding their silver screen dreams, the city can take on a magical and enticing air. More often than not, small town beauty queens and football stars hoping for fame shoot for the stars and land among the trash. As beautiful a city as it is, Hollywood is also a place where the strong eagerly use and discard the weak with a frightening frequency. Can’t take the pressure? Don’t fret. There is certainly no shortage of wide-eyed kids waiting to take your place.

In Knight of Cups, the latest film by Terrence Malick, Christian Bale stars as a Hollywood screenwriter drifting through the sights and sounds of contemporary Los Angeles. To mark the occasion, we’ve taken a look back at the finest films portraying the dark side of Hollywood — the broken hearts and crushed dreams. Check out the list below, and use the comments to suggest your own favorites.

Not unlike Contempt‘s protagonist, Barton Fink is also an acclaimed playwright, beckoned to write his first Hollywood script: a wrestling picture for Wallace Beery. Begrudgingly accepting the invitation, Fink arrives in town, hanging his hat at the Hotel Earle, a moldy dump which seems otherwise unoccupied save for the booming voice of the man in the next room. The voice belongs to Charlie, a traveling insurance salesman whose bluster charms Fink enough that they become pals. Barton, like many Coen brothers characters, is a shameless hypocrite, claiming to be an advocate for “the common man” yet totally oblivious to the one living next door. Even as Barton writes what he believes to be the best work of his career, he’s renounced by the studio, threatened that his work will never see the light of day. After all, the contents of Fink’s head are the property of Capitol Pictures, which returned to the screen in this year’s Hail, Caesar!

Hilariously billed in its trailer as “the new traditional film by Jean-Luc Godard,” Contempt confirms the director to be an artist utterly intoxicated by cinema. It’s the master’s most emotionally evocative work, a sadly romantic and fractured elegy to a dying relationship. The narrative follows a playwright (Michel Piccoli) working on a film adaptation of Homer’s The Odyssey that’s directed by the great Fritz Lang. The writer brings his gorgeous wife (Brigitte Bardot) to the set and quickly pawns her to the boorish producer, a curious move which causes a rift in their loving relationship. The middle act is dedicated to the couple’s bickering conversation as they bathe and dress, the seeds of their separation already long since planted. That evening, they attend a screening of Rossellini’s Voyage to Italy, a more hopeful film about a relationship on the verge of collapse. Unlike that film, Godard’s ends in violent tragedy, a chilling note following the elder Lang’s wise words: “Death is no conclusion.”

Tim Burton‘s hilarious film does not portray Ed Wood, legendarily the worst filmmaker of all time, as a bumbling fool. Rather, Wood (Johnny Depp) is shown to be an enthusiastic artist with an open heart, so in love with the process of filmmaking that he cannot help but overlook glaring mistakes. (“You know, in actuality, Lobo would have to struggle with this problem every day.”) Featuring an acerbically clever screenplay by Scott Alexander and Larry Karaszewski, the film is a black-and-white celebration of Wood’s creative enthusiasm, which converts even the most cynical of audience members to Team Ed. By the end, we’re rooting for Wood to make yet another terrible movie. In real life, Wood’s story continued long after the film version ends, his life eventually ruined by alcoholism and his career reduced to shooting sub-sleazy nudie films. Wood died penniless in 1978, two years before Michael Medved’s Gold Turkey Awards heralded Plan 9 from Outer Space as the worst film of all time. Just like Vincent Van Gogh, Wood was criminally unappreciated while he was alive.

In a Lonely Place (Nicolas Ray)

In Nicholas Ray’s In a Lonely Place, horrible tragedies can bring together love-sick, lonesome people, if only for a brief time. Dixon Steele (Humphrey Bogart) is a Hollywood screenwriter accused of murder, and his only alibi is Laurel (Gloria Grahame), the seductive blond who lives across the courtyard. She clears his name and they soon fall in love. But as the suspicious glares continue, Steele’s violent behavior causes Laurel to question her trust in this unusual man. No matter what he says or does, in her eyes, he is still simply the man she met in a police interrogation room. The real life story of the film’s making is equally melodramatic, as Ray was married to the film’s lead actress, and their relationship ended during the film’s production when Ray discovered Grahame in bed with his thirteen-year old son. In a Lonely Place is a story of two imperfect people who could have loved each other, were they not torn apart by betrayal, anger, and paranoia.

In Hollywood, even the cops want to be famous. Curtis Hanson‘s adaptation of James Ellroy‘s epic L.A. crime novel depicts the city of angels as a sunny, picturesque Shangri-l, where the movie stars play and the American dream can be found around every corner. Beneath the surface veneer, the city is watched over by a violent and corrupt police department where good cops are the minuscule minority. Officers work hand-in-hand with muck-raking gossip columnists, setting up aspiring actors to land simultaneously behind bars and on the front page. Political manipulation is a daily reality for officers such as Ed Exley (Guy Pearce) and Bud White (Russell Crowe), who unravel a mystery involving the deaths of nearly a dozen people at a greasy-spoon diner. What does all this have to do with a call-girl service boasting hookers surgically altered to look like movie stars? L.A. Confidential‘s Hollywood is a place where everybody is in on the same scam, “quid pro quo” seemingly the town’s motto. Even Exley, one of the few honest men on the force, admits, almost proudly, “They’re using me, so, for a while, I’m using them.” Indeed, even the cops want to be famous. But you don’t always get to choose why your name is in the newspaper.

David Lynch‘s nightmare vision of Hollywood’s landscape can be seen in several of his films, such as Lost Highway and Inland Empire — portraits of conceited ghosts wandering an endless neon maze. Betty (Naomi Watts), Mulholland Dr.‘s cheerfully plucky protagonist, arrives in town hoping for a career in movies but instead finds herself embroiled in a darkly surreal mystery. It would be too easy to consider Mulholland Dr. merely the dream of a rejected lover (the second Diane, for those playing along at home) who hires a hitman to rub out her ex, as many critics theorize. On the DVD packaging, Lynch even includes a list of ten clues apparently intended to help decipher the narrative. One of which is simply: “Where is Aunt Ruth?” Many saw this list as a cryptic map to the film’s secrets, while others read them as a sly joke by Lynch, amused by vain attempts to impose narrative logic on this twisted cinematic experience.

Hollywood executive Griffin Mill (Tim Robbins) spends his days hearing screenwriter’s pitches, ideas for movies that mostly will never get made. (Buck Henry: “It’s The Graduate… Part 2!” Griffin replies: “Oh, good.”) Life should be a breeze, but with younger talent nipping at his heels, Griffin’s job is far from secure. It isn’t long before he’s receiving threatening anonymous notes from a scorned writer, which he investigates, leading to a violent confrontation in a cinema parking lot. Soon, Griffin learns it’s even harder to keep your job if you’re a murder suspect. Robbins plays Griffin with the perfect smearing of smarmy charm, a character who would be utterly loathsome were it not for his own sheer resourcefulness. We hate him, but watch with dizzying glee as Griffin wriggles himself out of harm’s way again and again. The murdered writer never liked happy endings; I wonder what he would make of The Player‘s closing shot. Despite the upbeat, Griffin Mill-esque tone of the scene, it could be the most chillingly bleak moment on this list.

The circus-like world of Hollywood overtakes idyllic small-town America in David Mamet‘s pitch-black ode to the fateful meeting of art and commerce. Despite the fact that State and Main is undoubtedly the most puppy-dog-eager comedic work of Mamet’s career, the film is so much darker than I remembered. While the movie’s lead actor (Alec Baldwin) slobbers after underage girls, its crew rushes around behind the scenes, attempting to cover up any evidence of his lustful misdeeds. This reveal fails to scandalize the production until someone, a small-time busybody with big-city ambitions, decides to exploit it. The clichéd notion of Hollywood corrupting the values of good, old-fashioned, small-town America condescends to those very values. Instead, Mamet takes the higher road: the citizens of this tiny berg are intelligent and endearingly distinct, some bemused by the chaos, while others quietly net a healthy profit from the production. At the end of the day, the studio needs a completed movie, no matter what happens. As an exhausted A.D. tries to calm his pregnant wife over the phone as she goes into labor, the cynical director demands to know if dinner reservations have been made. The assistant protests, explaining that his wife is having a baby. The irritated director replies, “Is that on the call sheet?!”

One of Billy Wilder‘s many masterpieces, Sunset Blvd. follows a down-on-his-luck screenwriter (William Holden) drawn into the desperate and haunted world of aging silent-movie queen Norma Desmond (Gloria Swanson). She has a dusty old script for him to to fix up, an epic planned to be Norma’s much-anticipated return to the big screen. But nobody is anticipating her return. Norma is a forgotten relic of a dead cinematic era, creatively atrophied and clinging to her past. It would be easy to blame Hollywood for the pitiful fates which befall these two hopeless souls. The obsession with fame and money is ever present; the screenwriter needs money and Norma wants fame. Misguidedly, each believes the answer to their prayers can be found in the other person. All Norma wanted was another moment in the limelight. Even in her only moment of elation, visiting the set of Cecil B. DeMille‘s latest film, her happiness is short-lived. As the spotlight graces Norma’s presence, drawing a crowd of fans, DeMille asks for the light to be turned back where it belongs: away from poor Norma Desmond.

Half indictment of show-biz vanity and half pitying celebration of the insanity of artistic expression, Ben Stiller‘s Tropic Thunder opens with the grizzled voice of Nick Nolte, describing a nearly impossible mission to rescue a wounded prisoner from a Vietnamese P.O.W. camp. This film will not focus on the bravery of these soldiers, instead canonizing the actors who would portray them in a Hollywood film. This satiric, self-congratulatory set-up pays off for Stiller and his co-writers Justin Theroux and Etan Coen in arguably the finest comedy of the last fifteen years. Robert Downey Jr.‘s Oscar-nominated turn as a white Australian actor playing an African American Sargent received the most attention at the time of release. Yet the entire cast — including Jack Black, Jay Baruchel and Brandon T. Jackson — deliver incredible comedic performances. It’s a broad and profane farce that doesn’t shy away from the darker side of the film industry. Black’s drug-addicted, overweight comedy star Jeff Portnoy seems vaguely inspired by the late Chris Farley, a painful reminder that there is often truth behind every joke.

What’s your favorite film depicting the dark side of Hollywood?