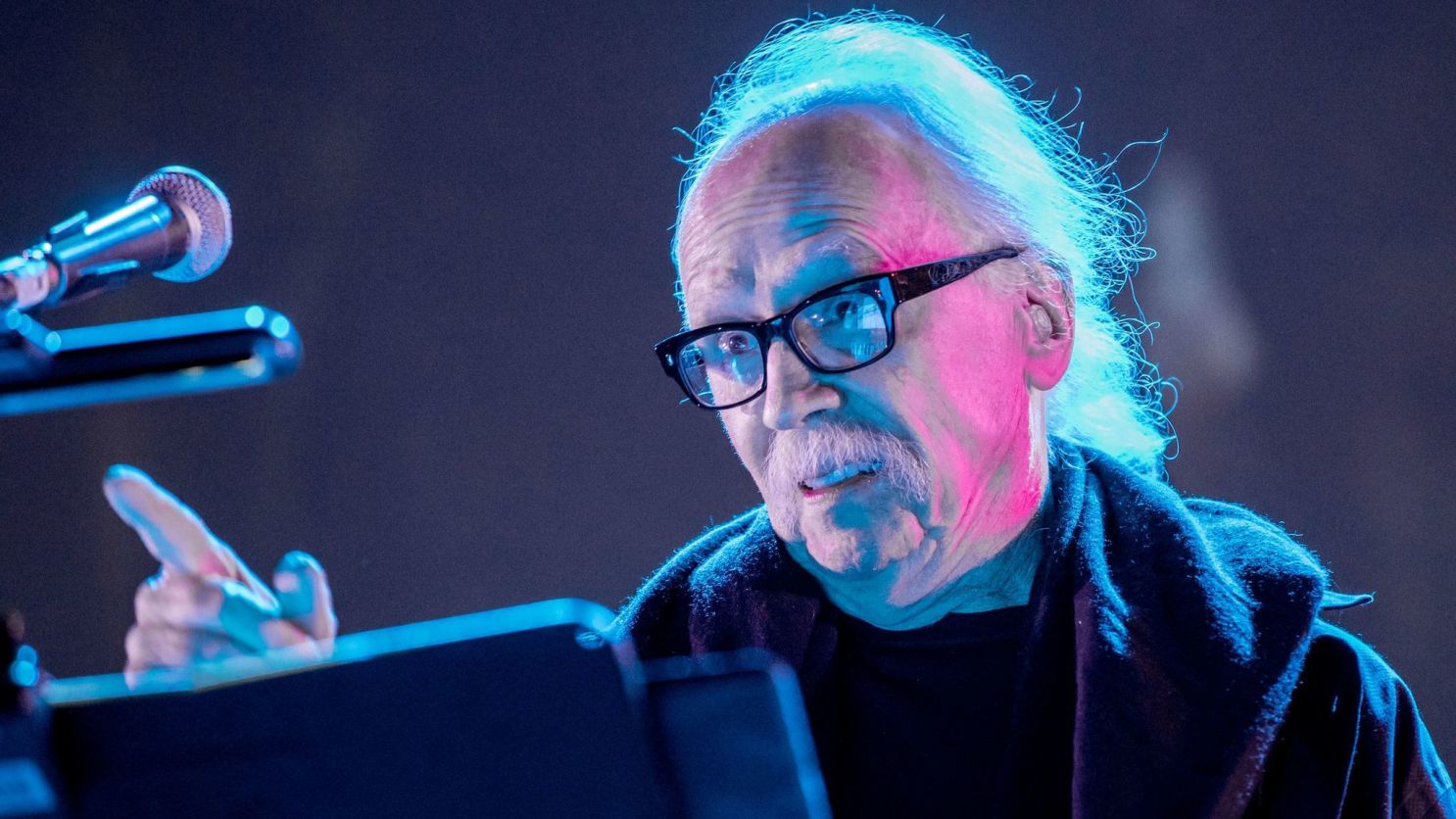 Let’s dispel the boilerplate ruminations on John Carpenter maybe, likely never directing another movie. Not enough that a retirement-of-sorts watching basketball and playing video games is well-earned—it’s only retirement-of-sorts when his musical output has gone from habit to second career. A frutiful one, too: there’s the excellent Lost Themes albums from 2015 and 2016, a thrilling retrospective (Anthology) in 2017, 2018’s Halloween soundtrack, and now a new LP rendering Lost Themes series a trilogy.

Today marks the release, via Sacred Bones Records, of Lost Themes III: Alive After Death, recorded again with son Cody Carpenter and godson Daniel Davies. Carpenter is fairly unpretentious about the process, recently telling Entertainment Weekly, “It’s a lot of improvisation. Somebody has an idea, a sketch, a bass-line, a chord, a snatch of a melody, and we just start working on it. I have a home studio with a lot of great electronic sounds and that’s how we do it.”

But you’re not here for words—you’re here synths and creeping dread. So have at it: