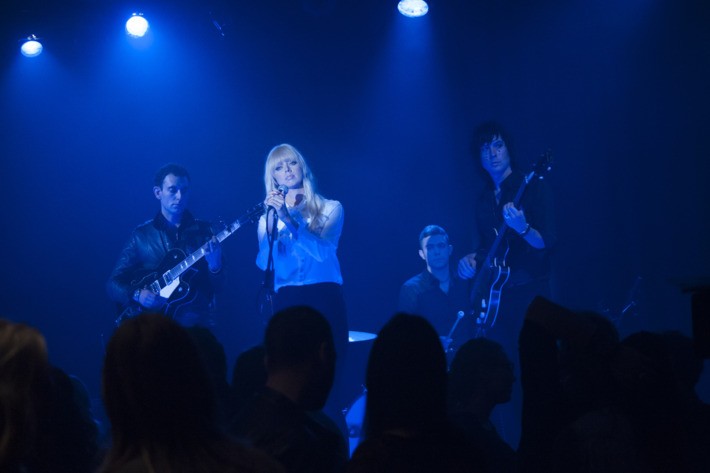 Listen to a Playlist of the New ‘Twin Peaks’ Soundtrack

Twin Peaks is back, blowing minds and inspiring people across the land to shout “Hello-o-ooo!” at slot machines in the process. The Showtime revival of David Lynch and Mark Frost’s cult mystery series comes equipped with the now-iconic jazzy, moody music from Angelo Badalmenti, but several memorable songs are also featured, usually in the form of acts headlining at the Bang Bang Bar, because they apparently have great talent bookers in the town of Twin Peaks.

Now you can take in the Twin Peaks tunes courtesy of a Spotify playlist. It currently features music from Chromatics, The Cactus Blossoms, and Au Revoir Simone, and will be updated as the series progresses and the mystery unfolds.

Those hoping to stay firmly in the world of David Lynch beyond the Twin Peaks revival can pay a visit to Lynch’s Festival of Disruption, which returns to the Theatre at Ace Hotel in Los Angeles from October 14 through 15. The festival line-up includes performances from Bon Iver, TV On the Radio, Sharon Van Etten, Laura Marling, Reggie Watts, Moby, and more, and will feature a screening of Lynch’s Lost Highway, as well as several of the filmmakers rare short films. Tickets go on sale at the festival’s website on Friday, June 2 at noon EST.

One can also listen to our Twin Peaks podcast Dark Mood Woods at the link or below and keep updated with all new episodes on iTunes.