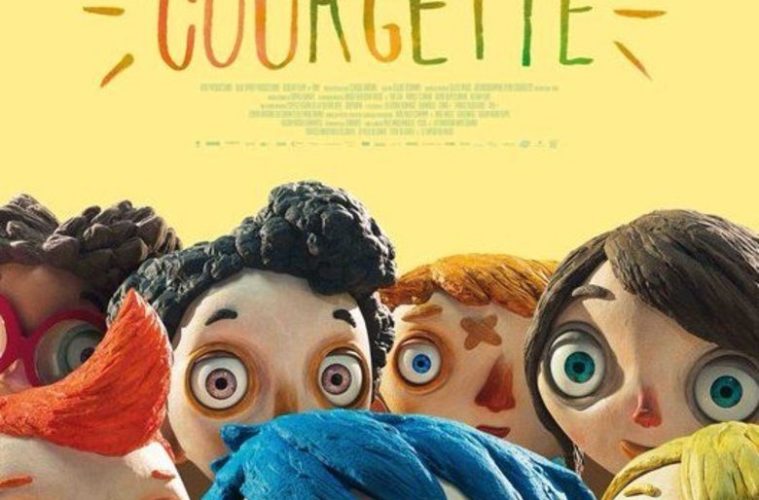 [LFF Review] My Life as a Zucchini

Orphanages conjure up images of the hard-knock life and servings of gruel. This tough, deeply moving, Céline Sciamma-penned, 66-minute stop-motion gem from France shows the flipside. Sure, harsh realities are inevitably encountered — sometimes in a more uncompromising fashion than you’ll ever see in what is ostensibly a children’s film — but Claude Barras’ feature-directing debut has heart enough to show.

Cinema tells us children want to escape from schools and institutions – Barras name-checks The 400 Blows and The Chorus among his influences here — but in My Life as a Courgette, it’s the outside world that needs escape. That’s where we meet Icare, nicknamed “Courgette” (French for “zucchini”; voiced by Gaspard Schlatter) by his alcoholic maman, who’s amassed stacks of beer cans that he plays with while she watches TV soaps, occasionally screeching at her son when she’s disturbed from her slumber. Before long, her reckless attitude leads to her undoing, and Courgette, eyes cast down and fearful of what awaits him, is whisked off in a police car to a children’s home in the countryside.

Courgette’s life in the home isn’t easy, what with negotiating past the local bully, Simon, and a gaggle of awkward kids. But part of the charm of Barras’ film is that life goes on, how it often is with the young – as many films about the death of parents show, kids can be stronger afterwards than adults. But its child’s viewpoint and pastel-colored animation belies a cruel melancholy at the heart of My Life as a Courgette, as all its children lust for a life that is different from their own. “There’s nobody left to love us,” says Simon, and despite the best efforts of the various adults at the orphanage who really do care for them, we can wonder whether any of them will ever shake off that feeling. For Courgette, hope comes in the form of a gentle policeman whose bond with Icare helps heal the wounds of his own lost relationships.

Much of the directness in the film’s attitude to difficult issues is surely down to Sciamma, whose own projects Girlhood and Water Lilies didn’t shy away from the conflicts of growing up. Courgette’s new friends have parents in prison, or drugged-up, or dead. And his new best friend, a quick-witted tomboy named Camille, was a witness to her mother’s suicide. It might have been that the writer’s cruelly burdened these young characters, but Courgette‘s intention is clearly to avoid condescension. Indeed, it doesn’t dwell on these backstories; they are mentioned and merely inform our views of the characters – real people with pasts that hurt.

Barras, who also designed the film’s stop-motion marionettes, gives Courgette and his friends huge eyes like something out of a Margaret Keane painting – which, like those images, both intrigue and haunt. It’s all wonderfully brought to life by animation director Kim Keukeleire, who worked on Aardman’s Chicken Run and Wes Anderson’s Fantastic Mr Fox. But the most obvious comparison here is to Pixar’s Inside Out, another film in which difficult circumstances and tricky psychological insight are brought to life in a way that’s easily engaging for kids and will provide a heart-breaking look at loneliness for many adults who’ve already been through teenage melancholy.

My Life as a Courgette screened at the London Film Festival and opens on February 24.