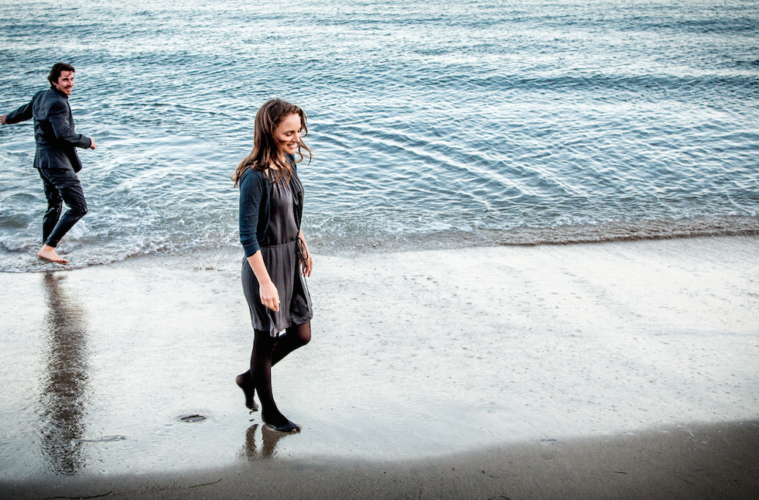 Looking at the recent crop of summer releases, one can feel a little dire about the state of cinema, but fear not, the fall is quickly approaching. While festivals will certainly hold premieres of some of our most-anticipated features, a few will also be arriving in theaters and today we have confirmation regarding a title we’ve been looking forward to for some time.

Following word it’ll at least premiere this year, then news of a final edit being completed, it looks like we will see distribution for Terrence Malick‘s Knight of Cups sooner than expected. Speaking today at the annual Ciné event in Riccione, Ernesto Grassi, CEO of Adler (the film’s Italian distributor), says the Christian Bale-led drama will hit limited U.S. theaters later this year before expanding, E-Duesse reports.

He also notes that “many” Oscar nominations are warranted for the film, but we’ll cross that futile bridge when we come to it. For those have been keeping tabs on the film following Bale as a depressed writer-type dealing with celebrities and excess, you’ll know that a U.S. distributor has actually yet to be unveiled. Perhaps this sort of announcement will arrive with news of a premiere (Venice and/or TIFF would be a likely bet), so as we wait, we’ve also rounded up a pair of worthwhile videos highlighting Malick’s work.

The first comes from Borealisk, who has crafted a tribute to Emmanuel Lubezki, the divine cinematographer and longtime collaborator with Malick and Alfonso Cuarón, who recently shot Alejandro González Iñárritu’s ambitious Birdman and will reteam with him for The Revenant. Then, after one is done watching a behind-the-scenes look at the making of The Tree of Life, Adrian Conlon has created a video tribute to Malick’s magnum opus. Check out both videos below.

Are you looking forward to Knight of Cups‘ premiere?