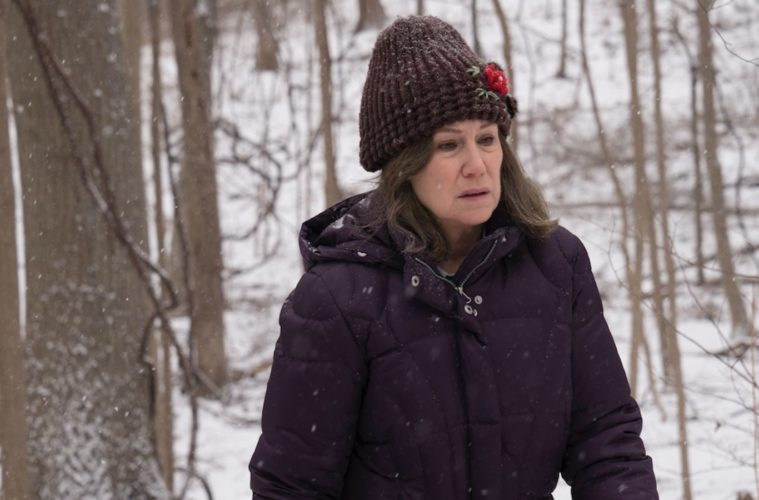 Kent Jones on ‘Diane,’ the Misconceptions of Making a Film, Criticism, and His Female-Led Cast

Talking to directors, there’s a common interviewing misconception to overcomplicate the filmmaking process, to assume that the process is the execution of reams of premeditated notes as opposed to felt out in the moment. And while there are certainly filmmakers whose reputation of procedural perfectionism precedes them, more often than not, filmmaking is a matter of doing rather than the thinking.

And yet, it’s a somewhat understandable assumption to make with Diane, the narrative feature debut of prolific film critic and programmer Kent Jones. Best described as a character study with a metaphysical lean, the autumnal Diane’s life is defined by routines; regular reminiscing breakfasts with her dwindling friends, visits to a coterie of relatives and grandchildren, check-ins on her in-and-out of recovery son, Brian (Jake Lacy), and volunteer shifts at the local soup kitchen.

Led by the great character actress Mary Kay Place, her performance is one of profound unification or at least the illusion of this inner peace as she holds together for those around her before letting her guard down for one of the most memorable cinematic renditions of a Bob Dylan song. It’s a film of quiet pleasures in its keen understanding of not only the way older women speak to each other but the lingering mental effects of aging.

In a richly allusive conversation, we talked to Jones about his newfound appreciation for costume design, Olivier Assayas’ filmmaking advice, and how he built such an intimately relatable family dynamic in the film.

The Film Stage: I’ve interviewed a number of directors, but there’s not many that have a long critical history. Reading a few interviews that you’ve done after Diane, it’s humbling and fascinating to hear how you were surprised how much different this experience was than what you expected. Along those same lines, after making the film, has that subsequently changed anything about your critical approach?

Kent Jones: I mean I haven’t really written criticism of newer films per-say with exceptions here and there…

Didn’t you do a Cannes round-up for Film Comment?

I do Cannes coverage and every once in a while when there’s something like Horse Money that I’m moved to write about. I was just talking to someone else here about this. I don’t find it all that rewarding just because I think that when you’re in the middle of a moment there’s so much stuff swirling around that it’s always great to let it sit there for a while. It obviously goes against the grain of the way people conduct themselves for the most part. It’s just like, “Did you get the new record? What did you think of this or that? Wasn’t it awesome. Doesn’t it suck?” Years ago–this is 24 years ago now–I met Olivier Assayas for the first time. He and I corresponded before that by letter and then by fax because I’d been very moved by his films. They seemed very new to me, they really spoke to me. When we met in person, the very first piece I had published in Film Comment was really about him but I was writing film criticism and his very first question to me was, “What kind of film do you want to make?” And so I asked, “Well, why do you ask that?” And he said, “If you’re writing criticism, I’m assuming that’s what it always leads to.”

And of course, in France–in many cases–that’s true. Here, not so much. There’s a lot of cases of film critics who became writers like Frank Nugent for John Ford, but more often than not, it was not the case. [Paul] Schrader actively said, don’t be a critic if you want to make movies because then if you do, if you want to cast somebody, they’re going to remember the terrible things that you said about them and none of the good things. If you’re a critic, you’re a pathologist trying to figure out how the patient died and if you’re a director, you’re trying to keep the baby alive. I could quibble with some of that stuff, but he’s more or less right and I think I was always oriented toward making films. I took an interesting route toward it. I guess I would say I couldn’t have made the film the way I did or even the film that I did had I been younger. And then other than that, it’s a completely different universe.

That’s totally fair. As someone who has written a lot about the nature of a filmmaker’s growth, were you self-consciously thinking about what your debut look like or what it meant?

No, and when I say that, I’m not giving you false bravura or anything like that. I couldn’t think about that. Like, if you take critical terminology such as ‘mise-en-scène’ for instance…. And by the way, as a critic, over the last few years, I became more and more invested in trying to describe the actual fact of filmmaking and how divergent it was from what I was reading in criticism. And even then, when it came time to make the movie, there was a production designer I was talking to who ultimately did not work on the movie and I said to her, “Look, I am happy to admit that I do not know the difference between a production designer and an art director.” And she was like, “Great, I’ll break it down for you. Whenever people think about costume design, they think about sewing and [Luchino] Visconti movies. That’s not costume design. It’s something very different.”

I learned about it as I was making the movie with a great costume designer who I am getting married to in six days. We worked very well together and responded to each other’s work first before anything else. It’s like when I was acting years ago and I took acting classes and I remember I had a monologue from Richard III. And my acting teacher said, “If this doesn’t feel right, that’s great and that’s why it’s perfect for you.” And I really struggled with it. And I remember doing it once and he said, “Oh, all the choices were very good but it just doesn’t ever come off the page.” And I spend a lot of time fretting about it publicly and people got really sick of me talking about it in the group. And then one night I just went back to it and I did it and after it was done, everybody was like, there you go. And I was like, I don’t remember what I did and the teacher said, “That’s the point.”

So the point in filmmaking is not to come armed with like all kinds of ideas about Fritz Lang and [F.W.] Murnau or Paul Thomas Anderson and Pedro Costa or something. The point is to make the movie. Now, having seen movies, obviously it gave me something. And there’s things in it that I stole wholeheartedly. And I mean, stole. It’s not a matter of homage. I stole something from The Magnificent Ambersons and that was helpful in that way to have that kind of visual language. But to make the movie is just pure engagement. As Olivier [Assayas] says, you’re just making decisions.

At first glance, Diane is not necessarily a humdrum character study. There’s a keen sense of observation and a sense of rhythm, but I do think there’s a sense of not deception. I don’t want to make it sound like a trick or gimmick, but in the sense of the way that it expands that does feel pretty conscious. From a script sense was that something that was present in the project from early stages?

Sure, sure. Well, I only had twenty days.

The script had been kind of knocking around for years, right?

Well, the script hadn’t been knocking around for years–the idea had. It started in a very different way. It was just sort of something about my aunts and great aunts. Transmitting that world. Then, at some point, I saw The Rainmaker by [Francis Ford] Coppola and that was like, it has to be for Mary Kay Place. I read The Professor’s House by Willa Cather which is about a professor in Michigan who died out in the pueblos in New Mexico and the second half of the book is largely comprised of excerpts from the student’s diary but the student really became a close friend. And I sort of had an idea of something along those lines and maybe that was what led me to the son and then the son and what he goes through is very rooted in the experience of my closest friend. Not the born again part but the addiction part and the way that it played out. And of course it’s conscious but it’s just sort of like we had 20 days and I knew that the structure, the momentum, the movement of time was very pre-meditated. But that’s not a matter of any kind of film as much as it’s a matter of just making the movie.

You have such a strong ensemble cast of particularly women, who you remember from so many different bit parts but rarely get the screen time they deserve. Going along with conversation about making decisions, how much of those main table conversations were improv and how much of that was creating an environment for the dialogue to emerge.

There’s no improv to speak of.

I guess improv is a bit of a dirty word in some circles.

No, I know what you’re saying. The language was very precise. That was very important to me. It was a certain way of speaking that I remember the people had. “Thank you all to hell,” stuff like that. Things you don’t hear anymore so I wanted that to be a part of the movie.

The way [Mary Kay] Place punctuates so many phrases with “goddamn” is just wonderful.

Oh, thank you. “I wish I could just slip her a pill.” Things like that. I also felt like if you’re an actress over a certain age in this country, obviously a moment is going to come where you’re either going to be Meryl Streep and you’re going to have the opportunity to play Margaret Thatcher and whoever or you’re going to be playing aunts and grandmothers. So that becomes a kind of camaraderie right there. Then there’s the camaraderie of just people. Mary Kay and Andrea are both comedians. I knew that Mary Kay would love Dee Dee O’Connell right away. And then when I had those people in that kitchen. I knew the way I wanted it to feel and I knew the way that I wanted the room to feel. Here’s who everybody is in relation to each other. And we shot for a day and a half and that was the only scene with two cameras for obvious reasons. And you just work to create the environment.