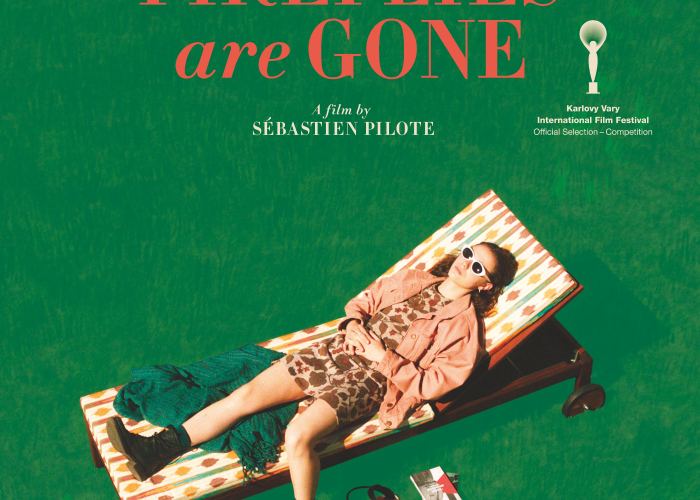 Karlovy Vary Review: ‘The Fireflies Are Gone’ is an Expressionistic Coming-of-Age Tale

To be painfully frank, when it comes to young actors in coming-of-age movies, the road from breakout performance to any kind of relative success (or even frequent work) is paved with also-rans and stunted potential. That said, however, we can be quietly confident that that won’t be the case for 22-year-old Karelle Tremblay, who is already on industry radars for a number of festival hits and proves once again to be a remarkably fresh and captivating presence in Canadian filmmaker Sébastien Pilote’s The Fireflies Are Gone, a film about a young woman teetering on the verge of adulthood, wanting desperately to get out of her small Québécois town.

If that all sounds a bit familiar it’s because it is, not least due to the fact that Lady Bird is still very fresh in the memory and will no doubt be casting its long shadow over films of this ilk for years. The fact that Fireflies takes place at the precise crossroads depicted in Greta Gerwig’s recent smash–that last summer between high school and university–only adds to this awkward sense of déjà vu.

Set in a small harbor town in Quebec, Tremblay plays Léo, a staggeringly hip but eminently likable kid who finds herself at that infuriating moment in a young person’s life when one thinks they know everything but is taken seriously by nobody. Fireflies focuses on the relationships she has with the various father figures in her life: her biological dad (an idealistic union organizer who she idolizes even though he was chased out of town); her mom’s new boyfriend (a libertarian radio presenter and local celebrity whom she despises); and her new guitar teacher Steve (an affable metal-head twice her age who still lives in his mother’s basement).

As a juncture in life that the majority of viewers can probably relate to in some way, Pilote should be forgiven for hitting the familiar notes. We see Léo studying for exams; working a summer job; creating illusions about the hustle bustle of more cosmopolitan places; and, of course, having a non-conformist prom night (an increasingly irritating cliché, surely someone out there just goes and has a good time?).

What might allow audiences to see past those somewhat prosaic plot devices is that Pilote paints with a more expressionist brush than the one we’ve become accustomed to with the teen drama. Are we to think of Truffaut as Léo cathartically sprints spontaneously from a family dinner to catch a random bus where she proceeds to scan the faces of her fellow commuters? Perhaps. Or what of the moment when she and Steve survey the pleasant vista left behind by the deconstruction of the mill where her father’s life found purpose? Indeed, Fireflies should be given credit for taking such time to grapple with problems of the heart. Pilote’s tendency towards the Oedipal can get a bit icky at times but Léo’s relationship with her father should still pluck away at audiences’ heartstrings, not least for the fact that it’s the only time that Tremblay allows her character to let her guard down.

Given Léo’s age and her relationship with a musician, the film is obviously not short on fine musical ques. Tommy James and The Shondells on the jukebox might be an obvious choice but it works a charm and, either way, it’s the beautiful string arrangements on Fireflies’ original score—apparently a selection of interpretations by Pierre-Luc Brillant (who also plays Steve)—that really give weight to the film’s overt melodrama, especially when combined with cinematographer Michel La Veaux’s gorgeous use of close-ups.

Tremblay is undeniably compelling throughout, earning our empathy without ever asking for it, but there were a few moments when I began to think a little about another actress. At one point, presumably in an effort to find a strong female role model (her mother barely features), Léo goes to interview for a job in the kitchen of a local nunnery. She gets upset and frustrated when she discovers that the sister who offered her the gig has died and she must now deal with an older man as her superior instead. Tremblay’s face, at that moment–the slight twitch at the side of her mouth, a sense of someone confused as to whether to laugh or break down and cry, or both–has all the anxious bafflement of a young Kristen Stewart. And I mean that in the best way possible.

There’s the sense that, had it been a few years back, Tremblay would surely have had her Québécois colleague Xavier Dolan knocking on her door. Perhaps she still might.