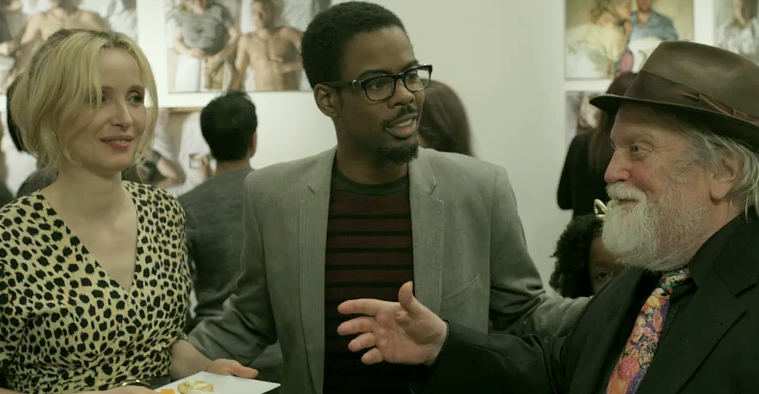 Fresh off the news that Julie Delpy would be reuniting with Ethan Hawke to shoot a Before Sunset follow-up this summer, we’ve got a trailer for the next best thing. Delpy debuted her 2 Days In Paris sequel, aptly titled 2 Days in New York at Sundance this year to a mostly strong response. This update flash forwards a number of years and sees Chris Rock as her new significant other, following a break-up with Adam Goldberg‘s character.

Despite thinking it goes off the rails a bit in the last act, we called it  “a consistently funny intellectual examination of ignoring cultural norms. Paris and New York don’t provide the same one-two punch found in Before Sunrise/Sunset, but with so many others attempting to ape that style to little effect, it is refreshing when someone gets it right.” Check out the newly released, official theatrical trailer below via Apple, along with the poster.

Marion and Mingus live cozily–perhaps too cozily–with their cat and two young children from previous relationships. However, when Marion’s jolly father (played by director Delpy’s real-life dad), her oversexed sister, and her sister’s outrageous boyfriend unceremoniously descend upon them for a visit, it initiates two unforgettable days that will test Marion and Mingus’s relationship. With their unwitting racism and sexual frankness, the French triumvirate hilariously has no boundaries or filters… and no person is left unscathed in its wake.