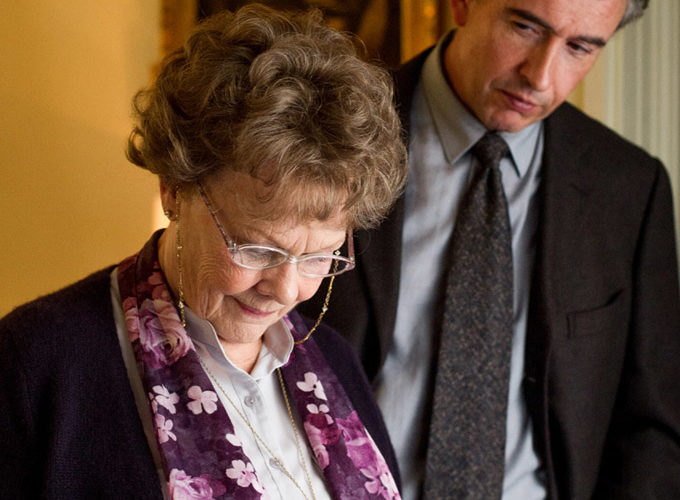 It’s hard to put into words just how excruciating Stephen Frears‘ last film, Lay the Favorite, was (well, I tried), but we’re willing to give him the benefit of the doubt for that failed star-studded paycheck. He’s now returned with some more awards bait and today brings our first look at the film, titled Philomena.

Set for a Toronto International Film Festival premiere, the film follows Judi Dench as an unmarried Irish-Catholic woman who, decades after being forced by her community to give up her newborn son, embarks on a search to find him with the aid of a BBC reporter, played by Steve Coogan. The trailer seems to force a great number of emotions, hopefully a few of which are earned in the film. Philomena will arrive in November internationally, with no U.S. release date confirmed by The Weinstein Company yet, and one can see the trailer below.